10 Kunming Sayings to Impress the Locals 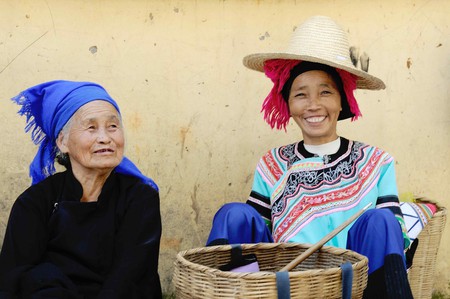 You’ve just stepped off the bus, Mandarin phrasebook in hand, eager to try out a few new expressions, but much to your chagrin, the locals don’t speak the Chinese you learned on your beginner’s courses. What’s an intrepid traveler to do? Well, if you find yourself in Yunnan, here are a few life saving phrases that will have you speaking like a local in no time.

This means “what’s up,” in Kunming dialect. It can be used as a greeting, an interjection, or an exclamation. Your friends will most likely laugh out loud the first time they hear this phrase pop out of your mouth, but don’t worry, they’re laughing with you, not at you. It is still very novel for Chinese people to hear a foreigner speak their own local dialect. Forge on!

An exclamation that means “great!” or “excellent.” When your friend does something well, or makes a good suggestion, try throwing this one out and watch as your Kunming friends’ mouths drop open in surprise.

If there is only one phrase in Yunnan dialect that you learn, make it this one. It means “how much?” This will guarantee that you will not be charged the “foreigner price” when haggling at the market, because it shows that you’ve been in town at least long enough to pick up a bit of the local lingo, and thus are not a clueless tourist. 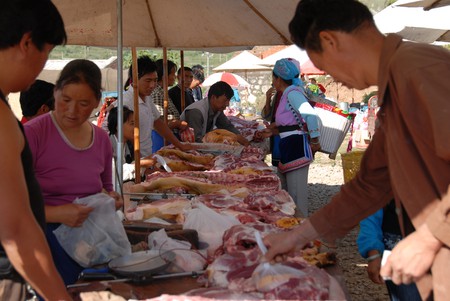 Where are you going/Where do you want to go? In Kunming dialect the word 去 qu is substituted with the sound “ke,” which rhymes with “cook.” While you might not have many opportunities to say this phrase yourself, “ni yao ke da dian” is essential to understand because many Kunming taxi drivers will bark this phrase at you when you get into the car.

In Kunming dialect, you can throw “ga” onto the end of almost any sentence in any context. Generally, it signifies a suggestion, but it can also be used vaguely to mean “right?” or “okay?” It should be pronounced authoritatively, not questioningly. 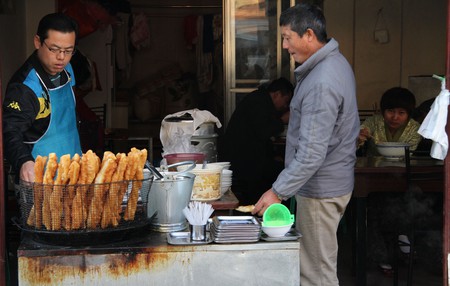 This is an exclamation that means, roughly, “oh my god!” or “good grief.” It can be shortened to a drawn out “mehhhhh” for maximum effect. This is the perfect thing to say when you see a kid peeing on the street, when you hear a horrible news story, or when you pass my a car accident.

Literally, “It’s nothing,” this one is basically a way to say “you’re welcome” in the most local way possible. It is pronounced “muh duh sih,” with the last “si” rhyming with “soot.” This is a good low key way to show off your knowledge of the local dialect.

This means “what do you think you’re doing,” and is mildly confrontational, so don’t use it with strangers unless you’re looking to pick a fight. Shout this one out your car window when some jerk cuts you off, or when a stranger stares at you just a little bit too long. This is a good phrase to know for when you’re having one of those days in Kunming, but use it sparingly so you don’t get into trouble. 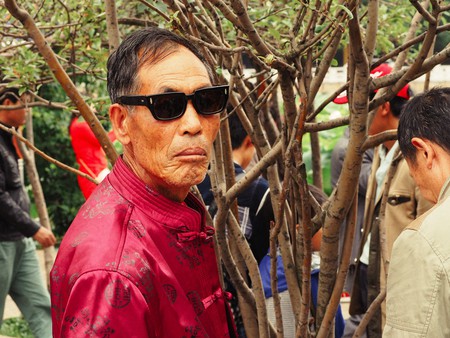 This is a conversation opener that roughly translates to “what I’m saying is …” It is an extremely common saying that is quite representative of Kunming dialect. In fact, there used to be a Kunming dialect TV program with this name, wherein the hosts discussed various humorous local news items.

This is a Kunming variation on the typical Chinese opener “have you eaten?” Food being central to the Chinese culture, one way of saying “hello” or “what’s up” is to ask if the other person has eaten yet. Using this will show not only that you’re conversant in Kunming dialect, but also up to speed on Chinese cultural norms.