10 Excellent Reasons Why You Should Visit the Hawaii of China 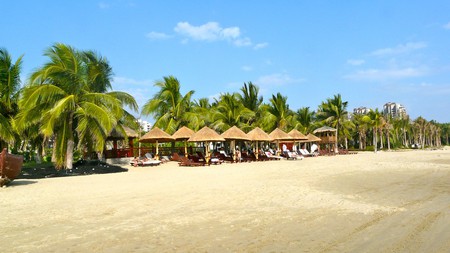 The island of Hainan is China’s southernmost province and its only tropical region. The 33,000sq km island is on the same latitude as Hawaii and enjoys similar weather – always warm and moderately humid. In fact, it’s earned itself the nickname “the Hawaii of China”. Home to China’s best beaches, it offers a welcome antidote to city life and the thick smog of places like Beijing. Here’re 10 reasons to put it on your must-visit list.

Sanya is the southernmost city in Hainan and is home to China’s best beaches. Yalong Bay, 25km southeast of Sanya City, is where the prime stretches of sand and surf are, and the area is known for its numerous upscale hotel resorts like Ritz-Carlton. Other nice beaches include Dadonghai and Sanya Wan, whilst Wuzhizhou Island and its coral reefs are destinations for scuba diving, surfing and other water sports. It’s well worth staying in hotels that offer private beaches, otherwise the public beaches are known to get very crowded at times. 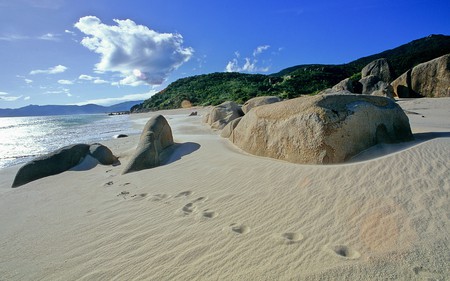 Yanoda Rainforest Park has been dubbed “the Disney World of rainforests”. It has “China’s Longest Zip Line” that soars above the treetops and a water trek where you wade up a river in straw sandals, conquer obstacles and eventually free climb a 20-foot waterfall. Take a taxi there individually instead of a tour so you are free to choose your activities. It’s worth the extra effort.

Just outside of Haikou, the capital of Hainan, is the Leiqiong Global Geopark. The park was listed as a global geologic park by UNESCO in 2006 and is home to 40 dormant or extinct volcanoes. A centre piece of the geopark is Fengluling (“Furnace Mountain”), a 222m peak that last exploded 8,000 years ago. Visitors can climb a large number of steps to get to the rim of its crater. It’s worth it, as from the crater you get the most wonderful views over Haikou City and all the way over to mainland China 18km away.

Built in 1965, the Nanwan Monkey Island is a state-protected nature reserve for macaque monkeys. Home to more than 2,500 monkeys, the reserve is considered the perfect paradise for monkeys due to its wild environment, the variety of plants and fruits, and numerous grottos. It’s well worth a visit, especially if you have kids. However, it’s a Chinese-style ‘nature reserve’ so that means some monkeys have been trained and will be used in circus-style performances.

Among the island’s other highlights is taking a ride on China’s longest oversea cable car. The ropeway is 2,138 meters (7014 feet) and takes you on a scenic of rides overlooking the ocean and descends into Monkey Island itself. 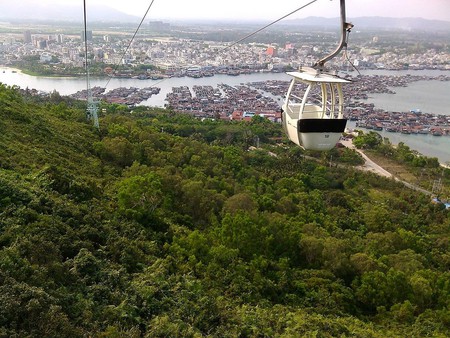 Sanya Qianguqing Scenic Spot, aka (Sanya Romance Park) is a large scale theme park located in downtown Sanya. It’s home to a multitude of different themed zones that include a water park, zoo, theatre, market and cultural centres. However, the standout highlight is the show, telling the story of Hainan’s original inhabitants at Sanya Qianguqing Grand Theater. The indoor theatre seats 4,700 and the show is absolutely breathtaking. It features fight scenes, love scenes, mesmerising dance routines and aerial acrobatics so daring it’s hard to watch at times. It’s a visual feast and really has the “wow” factor.

Occupying 15 square kilometers of tropical forest, The Yalong Bay Tropical Paradise Forest Park is a great place to come for mountaineering, leisure and sightseeing. The park is home to more than 1,500 varieties of tropical plants and over 190 kinds of wild animals. There’s a beautiful orchid valley, a giant rope suspension bridge and a sculpture of a fearsome dragon placed in the mountains to bring prosperity and good luck to the region. Enjoy breathtaking views from the viewing pagodas located 450m above sea level – which doubles as an ideal spot for a welcome cool breeze. 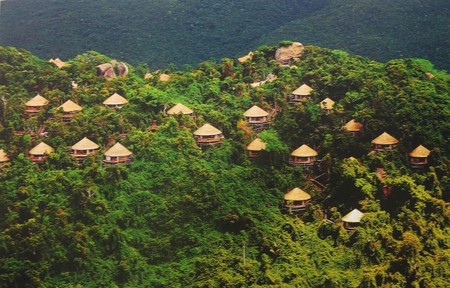 The Binglanggu Hainan Li & Miao Cultural Heritage Park has been home to members of the Li and Miao ethnic minority for more than 400 years. Some of them still live in dwellings made of mud caked over bamboo frames topped by thatched roofs. You will get to know more about the local tribe’s history and culture through the food, museum and demonstrations of their crafts. Be sure to catch the high-energy 50-minute cultural show by several hundred performers; the dancers are mostly local villagers, even grandmothers over 70 years old. It’s a lot of fun and simply stunning.

Mission Hills Resort in Hainan’s capital, Haikou, features 168 hot and cold mineral spring pools, making it the “World’s Largest Mineral Springs Resort” accredited by Guinness World Records. Each of the resort’s 168 pools represents an element of the world’s cultures in hydro form – from Rome, to Africa and Turkey, it’s all covered here. The resort also offers an 18-storey luxurious hotel and a 20-square kilometre golf complex. In fact, it’s China’s highest rated golf and leisure resort and the world’s largest golf club according to the Guinness World Records.

Hainan Tropical Wildlife Zoo is located 27 km to the south of Haikou city. The zoo is home to over 4,000 animals from 200 different species (some quite rare), from not only China but all over the world. A great day trip for families; kids can cuddle a tiger cub, feed the giraffes and ride on the camels. It’s here that you’ll find the “Tigon” (cross between a male tiger and female lion) and “Liger” (male lion and female tiger) hybrids. 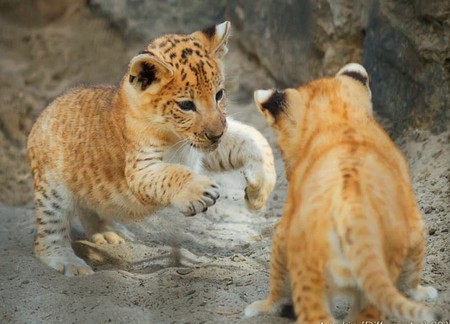 Wugong Temple (meaning five ministers), is a picturesque temple complex dedicated to five officials who were banished to Hainan during the Tang dynasty for criticism of the government. With its distinctive red roofs soaring over carved wooden screens and elegant buddhas, it’s a beautiful location known for its sense of peace and tranquility. In fact, Wugong Temple is considered to be “the No.1 Building in Hainan”. The ancient gardens are delightful to explore as well.