Thanks to secrecy and censorship, Chinese cinema is often unrevealing about the state of the nation. Here are 10 documentaries that disclose more than might have been anticipated about recent social and economic upheavals.

Disorder is a news documentary that stitches together footage provided by a dozen amateur videographers. As its title suggests, it demonstrates the change and uncertainty that is rippling through China as it undergoes rapid urbanization. It does this in a bizarre and honest way, showing the ridiculousness of everyday life and the chaos caused by social upheaval. Pigs run wild on a highway, one man attempts to jump off a bridge in front of a crowd of onlookers, and another dances in the middle of traffic. Equally terrifying and entertaining, the film flies in the face of China’s highly controlled official news output.

Lixin Fan’s film is possibly the most famous Chinese documentary of all. Every year, some 130 million migrant workers travel to their home villages to celebrate Chinese New Year: it’s the world’s largest annual migration. Fan followed the Zhangs over several years as they make their annual journey from Guangzhou to Sichuan to see their increasingly distant daughter. The film is a stark portrait of the cost of China’s economic rise.

As evidenced by the impressive display at the opening ceremony of the 2008 Olympics, one of China’s most valuable commodities is circus performers. This film follows students between the ages of six and 15 as they prepare for a national competition. Shot in the cinéma vérité style, it shows the intensity of their daily regime, which Western viewers may consider inhumane. 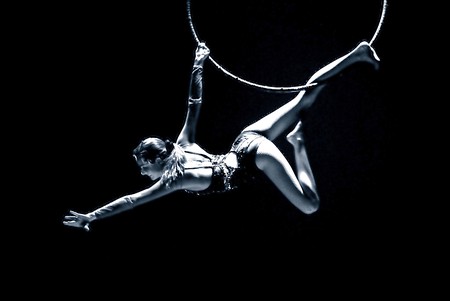 Democracy in China does exist, and it is a serious business, at least for third graders. Please Vote for Mefollows the elections for a class monitor in a class of eight-years-olds in a Wuhan primary school – supposedly the first election of its kind in China. A fun look at the election system and the candidates, it reveals that even young candidates will use devious tactics to win. Backstabbing, bribery, and fancy speeches are the name of the game, and the candidates are egged on by teachers and parents to play it. Part of the Why Democracy series, the film makes us question whether it is possible to have democracy without exploitation.

The 13 unconnected chapters in Once Upon a Time Proletarian include poignant snapshots of a farmer, a waitress, a weapons dealer, fish store owners, a park ranger, and children who have dreams of becoming famous. There ares stories of yearning, loss, uncertainty, and loneliness, but humor occasionally leavens the overarching story of disillusionment and disorientation in post-Maoist China.

This touching documentary about Zhiziluo in Yunan Province – a town haunted by traces of its cultural past – is another film that shows the effects of economic development. Remaining residents who are trying to piece their lives together include a father-son team of elderly preachers who debate the future of the church, two young lovers who break up in the face of economic difficulties, and a 12-year-old who has been abandoned by his family. It was the first independent Chinese documentary to be screened at the New York Film Festival.

Up the Yangtze,set on a riverboat cruise, follows 16-year-old Cindy, who comes from a poor family living on the banks of the river, and Jerry, who is from a more prosperous family. Cindy’s story contrast her simple village life with the lives of fellow travelers who live in a consumer economy and have been exposed to new technology. Jerry meanwhile tries to earn money for himself and his family by working as a porter and singer. The film showcases the new reality of Chinese life as the boat sails ever further up the river of modernity.

Petition explores China’s Kafkaesque petitioning process, which requires citizens to travel to Beijing to file legal paperwork then wait indefinitely to plead their cases. Many of the petitioners are impoverished villagers who are looking to clear or correct their criminal record. With these villagers often having to travel long distances to reach the capital, they are usually left to wait in shanty towns, or “Petition City”, for the results of their grievances against the government. Shot between 1996 and 2008, the film shows the damage that can be done to such people as they lose touch with their families and friends, or, in some cases, reality.

A three-part, nine-hour epic about the decline of heavy industry in Shenyang’s Tiexi district. “Rust” follows a group of factory workers in three state-run factories. “Remnants” follows the families, particularly teenagers, of workers in an old, state-run housing block. “Rails” focuses on a father and son who scavenge rail yards to find parts to sell to factories. Shot in cinéma vérité style between 1999 and 2001, the movie shows how quickly industrial decline occurred and gives an almost real-time feeling of suffering. As a microcosm of “capitalism with Chinese characteristics,” Tiexi is home to an emotionally devastated populace.

Filmed in five different regions of China, Umbrella shows the despair of those left behind in the countryside as more and more citizens move to the city. The film offers evidence of “the rich becoming richer and the poor becoming poorer” – China being a superpower with peasant farmers struggling to survive in the midst of globalization. Among the subjects are a successful farmer-turned-entrepreneur, graduates who struggle to find work in a competitive market, members of the People’s Liberation Army. and an elderly peasant.