10 Delicious Noodle Dishes You Can Find in China 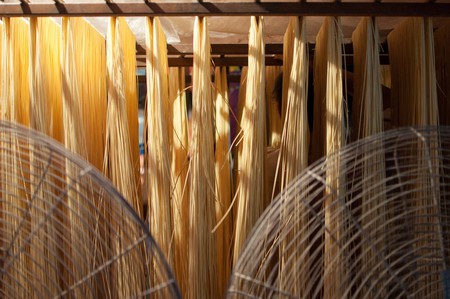 So many noodles, so little time! While it might seem like those long strands of goodness are ubiquitous throughout China, each region has its own special noodle dish – and in some cases, several. It’s not just the toppings that change. The noodles themselves come in all shapes and sizes, and are made from rice, bean and potato starch. Here’s just a taste of some of these regional favorites.

Chengdu is a place renowned for its culinary genius and range of delicious street snacks. Sweet water noodles are one of the city’s incredible local creations, a tangle of short, thick, chewy, wheat noodles that (when perfect) impart heft and chew. The warm noodles are seasoned with dark, concentrated soy sauce, red sugar, peanut powder, garlic, sesame oil, Sichuan numbing peppercorn powder and sometimes a little bit of sesame paste. The result is sweet and spicy, and perfectly satisfying.

Moving south to the megalopolis of Chongqing, you’ll find addictively spicy tendrils of clear potato starch noodles. Often served street side as a late night snack, the bouncy strands are served in a meat broth spiked with vinegar, five spice powder, chili oil and numbing powder. Cilantro cools things down and mustard root pickles punctuate the dish with crunch and salt. It is well rounded and satisfying. Just be ready to stick your head in your bowl and slurp away – these noodles are hard to bite in half!

This is one of the most well-known dishes hailing from the sultry southern Yunnan province. It also has a sweet story behind the name. The legend goes, there was a beautiful lake in Mengzi Town, and in the middle of it was a tranquil island, where scholars would study for the difficult imperial exams. There was one particular student who studied incredibly hard, and his wife would make the long walk (across a bridge) every day to bring him food – but the dishes would be cold by the time she arrived. Worried, she created a new dish in which she separately prepared a nourishing chicken broth, rice noodles, thin slices of meat and vegetables. By topping the pot with a slick of oil (and due to the high altitude) the soup remained hot during the walk, and she could cook the rest of the ingredients once she arrived. Today, Cross the Bridge Noodles are one of Yunnan’s most popular dishes, and can be found everywhere from high-end restaurants to local street eateries.

Shaanxi Province and its city of Xi’an is undoubtedly one of the great noodle capitals of China. While you can eat noodles in all shapes and sizes (this province is an agricultural wheat basket), a favorite is a thick noodle called yopo che – or biang biang noodle. Biang Biang noodles are famous not only for their satisfying texture, but also because the character ‘biang’ is one of the most complicated to write in China, requiring a whopping 57 strokes. It is so complex, it can’t be typed on a computer, and some Chinese language experts don’t recognize it as a real character. Nevertheless, the noodles – topped with dark vinegar, vegetables, chili flakes and ground pork – are well worth ordering. 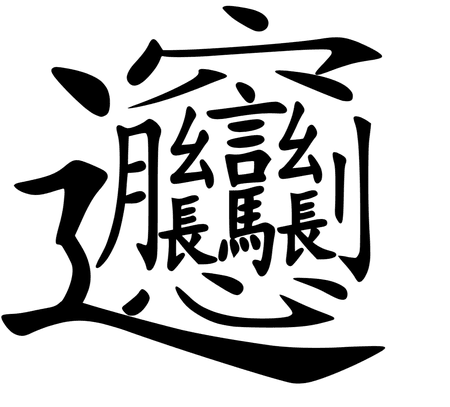 Translated literally, chǎomiàn piàn means fried noodle cards. This addictive dish hails from the northwestern Xinjiang Province, where a Muslim community resides, so you’ll find lots of lamb and cumin in the dishes. The noodles themselves are made from wheat dough that has been rolled flat, cut into squares and thrown into boiling water until al dente. These are then fished out from the water and thrown into a wok with stir-fried peppers, tomatoes, lamb and scallions. The result is fragrant and filling. Only eat this in places where you can see the noodles being made before your eyes.

This is another dish found all over China in different iterations, but the best version is in the province of its birth. While some renditions involve sweet sesame paste or peanut butter, Sichuanese Dandan noodles are all about melding crisp textures and spicy flavors with thin wheat noodles. This popular snack food features ground pork fried with preserved vegetables (Yá cài, 芽菜), and topped with crispy soybeans. The whole is mixed together for the perfect pick-me-up. ‘Dandan’ actually refers to the poles that vendors used for carrying the noodles and sauces through the street. Even today, you order noodles by the liang (liǎng, 两), which equals 50 grams.

The famous Shanghai Scallion Oil noodle dish requires an incredibly simple ingredient list that, when well executed, comes together as a heavenly snack or meal. The key is in the noodle itself: thin, firm strands just barely cooked through. Julienned scallions are fried until brown and fragrantly caramelized, then tossed with their oil onto the warm noodles. Dark and light soy sauce and sugar are added last. The results are seductive to the last slurp.

While the name might sound a little shocking, this delicate warming soup is key for chasing away the chill and nourishing the soul. The deliciousness of this Nanjing specialty rests on a milky stock cooked with duck bones, as well as more than 20 Chinese herbs and spices – thought to help promote circulation. The bowls are filled with potato starch vermicelli, shallots, little puffs of tofu, morsels of duck organs, shallots, sesame oil and, of course, little squares of coagulated duck blood. It may sound odd, but don’t knock this noodle soup until you’ve tried it.

Known for their outspoken personalities and straight talk, Beijingers like their food equally up front and packed with a punch. This is where northern-style Zhajiang noodles come into play. Here, you’ll find a dish in which thick, springy noodles are topped with a powerful, dark sauce made of sweet bean paste, dark bean paste, mushrooms, dark soy sauce and ground pork fried together. Mix this with fresh carrots, green onions and cucumber to introduce bright crunch, and you have yourself one great meal.

For something simple to fill your belly and warm your soul, look to Lanzhou, the origin of China’s famous hand-pulled noodles. Made simply with finely ground wheat flour and alkaline water, the noodles have a bouncy texture that is derived from pure man power, pulling and kneading the dough until it magically become strands of noodles. These are then cooked in a clear, long-stewed beef broth punched up with five spice and served with cilantro and thinly sliced beef. It’s a gorgeous compilation, perfect for cold weather.