10 Contemporary Chinese Designers | The Best of Made in China

China’s design industry is booming. Home to prestigious design schools such as China Central Academy of Fine Arts and the Shanghai Institute of Visual Art, the country is producing a generation of talented young designers who incorporate contemporary aesthetics with a respect for traditional Chinese heritage, materials and craftsmanship. From Pinwu’s weaved bamboo creations to the stunning, futuristic steel and mirror designs of Zhang Zhoujie, here are ten of the best contemporary product designers from China. 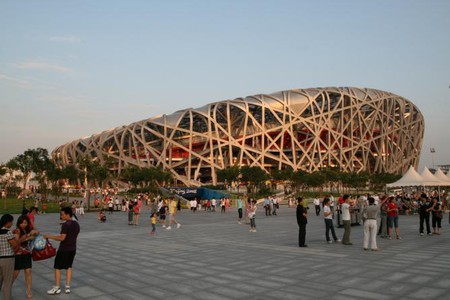 Neri&Hu is comprised of partners Lyndon Neri and Rossanna Hu, graduates of the prestigious Ivy League universities Harvard and Princeton respectively, who work across the globe providing architectural, interior, graphic and product design. Founded in 2004 and based in Shanghai, the company has been making waves not only in Asia but also further afield, including a successful collaboration with Hong Kong-based design collective Stellar Works and an exhibition with upscale woodwork design brand De La Espada as part of New York Design Week 2013. Their furniture range is based on a modern reinterpretation of Chinese heritage and craftsmanship made using the finest materials, such as the Structure Dining/Conference Table, a grand, solidly built table available in black walnut, zebrano and white oak with a matte waxed finish. 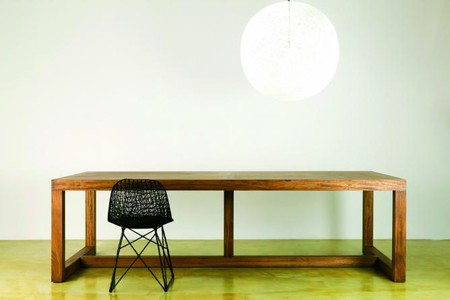 Naihan Li, an independent designer and architect, was born in Heilongjiang province’s famous ‘Ice City’ Harbin and raised in Beijing, before continuing her education at the Bartlett School of Architecture at University College London. On her return to Beijing, Naihan began her very first design project – a co-ordinator role with Chinese artist Ai Weiwei’s Jinhua Architectural Park project in Zhejiang province, which brought together 16 international architects who built a micro-city of pavilions dedicated to the memory of poet Ai Qing, Ai Weiwei’s father. In 2010, Naihan established the furniture design branch of her studio and, ever since, has been a regular product and exhibition designer at the Chinese Design Market section of Milan Design Week. Naihan’s I Am Monument series, shown at Beijing Design Week in 2011 and 2012, is composed of miniature landmark buildings, shrunk and transformed into utilitarian furniture items, such as the Pentagon Day Bed. 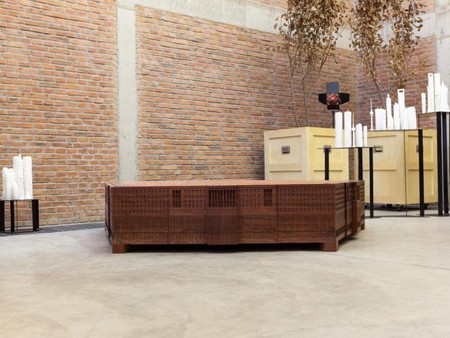 Fellow graduates of the ESAG Penninghan art and design school in Paris, designers Zhiming Lian and Ke Wang, set up Idee, an architecture, building and interior design firm, after returning from their studies in Europe to Beijing in 2004. In 2008, the company expanded its design practice by establishing Da Ran Design, a household design brand that produces furniture, lamps and tableware. Their household items, which have been exhibited at the Shenzhen International Furniture Exhibition and the consumer goods trade fair Tendence in Frankfurt, combine traditional oriental aesthetics and modern design with an emphasis on creating artistic products that connect human with object. Nature is another major design inspiration, as evidenced by the Jellyfish Crystal Chandelier – the bulbous, umbrella-like shade mimics the body of the jellyfish, while hanging strings of crystal form its tentacles. 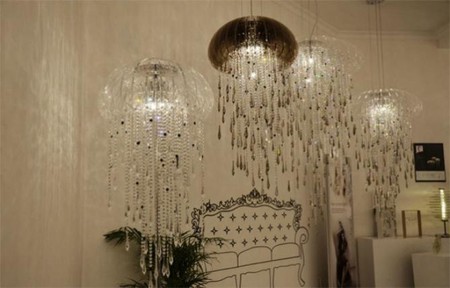 Tianyu Design is a one-man independent design firm headed by Tianyu Xiao that specialises in product, service and user experience design. The young, talented Tianyu studied at Beijing’s Central Academy of Fine Art before gaining an MFA in Industrial Design at the University of Gothenburg in Sweden, and has also honed his skills through work experience with award-winning design firms ND Industrial Design in Shenzhen, China and Zenit Design in Malmo, Sweden. Tianyu, who was hailed in 2013 by luxury culture website Jing Daily as one of China’s up-and-coming industrial designers, strives to incorporate into his design ethos a mixture of local Chinese culture and modern aesthetics and functions. His furniture designs include Writable, a traditional Chinese tea table fitted with reversible wood and slate panels that can be written on, which he designed while studying in Sweden and which was exhibited at the 2011 Stockholm Furniture Fair. 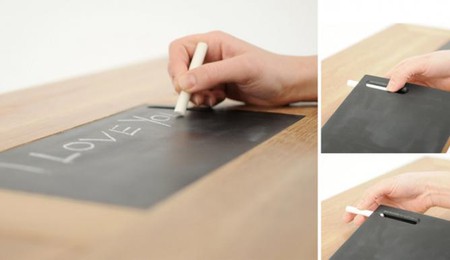 Studio Mushitiangong is the brainchild of Yao Yejun, a graduate of the Shanghai Institute of Visual Art at the prestigious Fudan University who, wanting a more creative and fulfilling career, left his job as a user experience designer to pursue his dream of designing beautiful yet functional furniture. He set up his studio, which takes its name from a Chinese word meaning ‘nature’s masterpiece’, in 2012 and has since produced a range of bold and creative designs inspired by nature, natural materials and native handicraft techniques. The Lotus Coat Hanger draws inspiration from both the lotus flower and the ancient Chinese architectural style ‘bucket arch’ or dougong. Swallowtail tenon mortise joints connect six red oak legs, while the coat hangers symbolise the petals of a blooming lotus – a combination of a classic Chinese architectural element and contemporary furniture item. 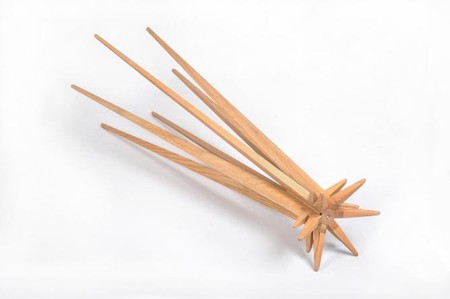 A talented international trio, who first met in Milan, Italy in 2010, are the brainpower behind Pinwu, a Yuhang-based furniture design studio. Each skilled member of the Pinwu team brings to the studio their own culture and design aesthetic – Zhang Lei from China focuses on incorporating traditional art forms into contemporary designs; German Christoph John’s style exemplifies functionality, authenticity and sustainability, while Serbian Jovana Bogdanovic infuses Pinwu designs with a sense of detail, simplicity and poetry. The Pinwu team have recently taken part in the Handmade in Hangzhou project, which brings together 13 designers using the traditional bamboo crafts of Hangzhou to create contemporary furniture items. Pinwu’s creation, the Air Chair, is a testament to the strength of bamboo – traditional Chinese bamboo weaving techniques are employed to create a durable yet beautiful and lightweight chair. 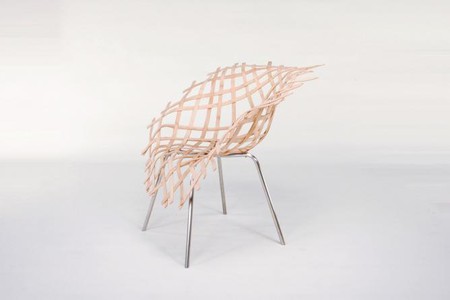 Atelier Chen Min is the studio of industrial designer Min Chen who, whilst lecturing at the China Central Academy of Fine Arts’ School of Design in Beijing, set up his company in 2012. It perhaps isn’t too surprising that Min decided to pursue a career in design as artistry is in his blood. His grandfather is the renowned Chinese artist Zongzao Zhao, an accomplished woodblock printmaker who inspired Min to train in the art of Chinese calligraphy and traditional painting from a young age. Alongside fellow design firm Pinwu, Min participated in the Handmade in Hangzhou project, designing the Hangzhou Stool – multi-layered arced bamboo veneers which form a comfortable and interesting furniture piece. During the 2013 Singapore Furniture Awards, Min received an honourable mention for his Gong Shelf System design – a modular shelving system made of three metal poles which can be combined and customised into a variety of forms including table, shelf and even statement art piece. 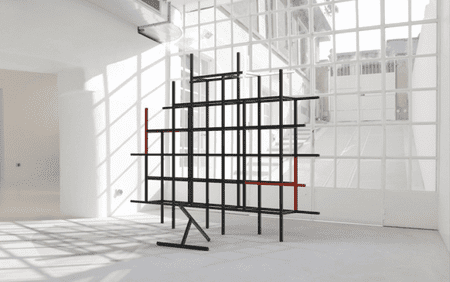 Banmoo is a Shanghai-based contemporary Chinese furniture design studio and lifestyle brand established by architect and artist Lv Yongzhong in 2006. The design firm’s motto is ‘seeking tranquillity in urban life’ and it seeks to achieve this by creating beautifully simplistic designs that fuse traditional Oriental aesthetics with a modern and individual creative flair. Lv, who was twice honoured as being one of the country’s ten most influential interior designers by the China Institute of Interior Design in 2011 and 2012, uses wood as the primary inspiration and material in the majority of his designs. The ANHUI Emperor Desk, constructed entirely of sumptuous American walnut, is evidence of the designer’s preoccupation with wood. The elegant desk, characterised by its simple lines and asymmetrical balance, is an attractive reinterpretation of the typical functional desk form and was an immediate consumer hit upon its release in 2011.

Zhang Zhoujie is a young and daring designer born and raised in rural Ningbo before leaving to study industrial design at a master’s programme in London at the renowned Central Saint Martins College. Upon relocating to Shanghai, and inspired by his studies in London, Zhang set about honing his skills, intent on creating fantastical, groundbreaking digitally fabricated steel designs. Talented Zhang already has a number of awards and accolades under his belt – he was named Young Designer of the Year at the Elle Décor International Design Awards and has exhibited his designs at the Salon Satellite showcase in Milan and the 2013 London Design Week. In 2013, Zhang also officially launched Digital Tornado at Beijing Design Week – a design three years in the making. The stunning stainless steel table finished with mirrors was initially designed digitally via computer and then crafted by hand, which took a total of three months. 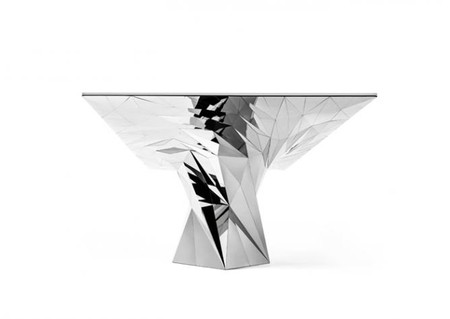 Beijing-based Lost & Found provides high-quality designs characterised by a reverence for the past. The company began life as a store, in an appropriately historical location on one of Beijing’s oldest roads Guozijan Street, set up by American expat Paul Gelinas and Beijing native Xiao Mao. In 2009, the founding partners established the Lost & Found design studio and have since specialised in producing furniture, tableware, kitchenware and clothing with a sideline in interior design services. With an emphasis on warmth, durability and simplicity, Paul and Xiao are inspired by Chinese designs of the 1950s and 1960s. The simple and functional Hygge armchair features a solid Chinese oak frame and Japanese woollen upholstery. The chair takes its name from the Danish meaning for the intimate, warm feeling of nestling around a fireplace in winter – a feeling perfectly captured by the comfortable Hygge. 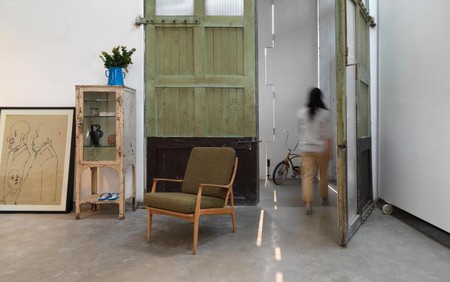 Hygge | © Lost & Found
Give us feedback