What to Expect at Pchum Ben, Cambodia's Spirit Festival 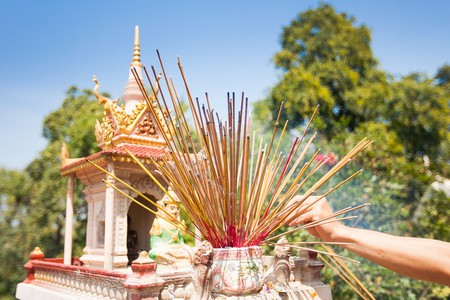 Drawing parallels to the Western holiday of Halloween, Cambodia’s version, Pchum Ben, is a 15-day festival commemorating dead ancestors stretching back seven generations. Here, we look at the origins of one of the most important religious holidays in the Cambodian calendar, how it is celebrated and what to expect if your visit lands during Pchum Ben. 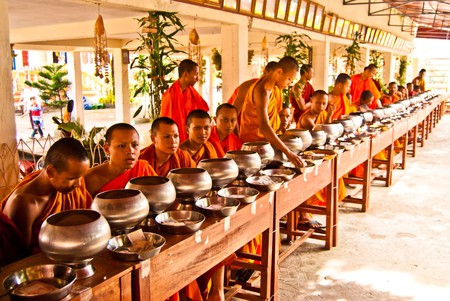 People dressed in black and white spilling out of pagodas early in the morning is a common sight across Cambodia during Pchum Ben as they flock to temples armed with food offerings in line with tradition.

Why? Well, it’s believed that during this time, the gates of hell open, allowing tortured spirits unable to pass onto the next life to enter the land of the living. Hungry, the spirits roam the earth searching for food. If they fail to find it, it is thought they will avenge their living ancestors and curse them.

Cambodians gather at pagodas to hand over food to monks, who pass it onto the hungry ghosts. Another way to keep starvation at bay is by offering bay ben – balls made from sticky rice and sesame. These are thrown in the air or on the ground at dawn.

The first 12 days are referred to as kan ben, with the last three days of the festival deemed the most significant. They are taken as a public holiday, which falls on September 19 to 21 this year.

During these final three days, the country comes to a standstill as Cambodians return to their homeland to spend time with relatives and mark this special occasion. Tradition states that seven pagodas must be visited, although many modern families skip several. 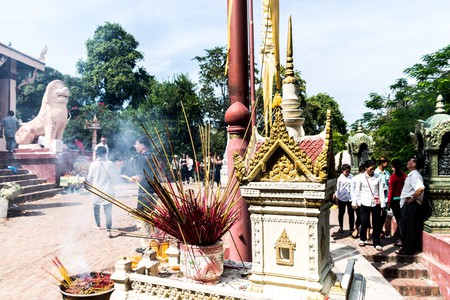 The festival is a time for celebration | © LivingSync/ Shutterstock.com

After spending time in the pagoda, where prayers for the souls of the dead are also given, families will gather in the evenings for a feast of food, music, singing and dancing, which goes on until late at night.

If you happen to be in Cambodia during Pchum Ben, then it’s worth noting that urban centres transform into ghost towns. The majority of businesses close their doors, so don’t expect any major attractions, such as The Royal Palace or National Museum, to be open. And while an increasing number of restaurants, bars, cafes and shops remain open, the bulk are closed so it’s worth double checking before you arrive. Remember, those that do stay open will operate on skeleton staff so don’t expect top notch or speedy service.

Many hotels will also hike up their prices during this period, and tuk tuks and motos are scarce so finding transport is much trickier, especially at night. If you plan on travelling during this time, then book transport in plenty of time, with buses and cabs filling up quickly. Note, taxis will also increase their fares during Pchum Ben.

If you happen to be in the provinces, then it’s more than likely you’ll be in the midst of the action. While Pchum Ben carries a sombre story, it is a time for celebration and if you’ve made any Cambodian friends during your time in the country, the chances are they’ll welcome you with open arms to join them in their festivities. 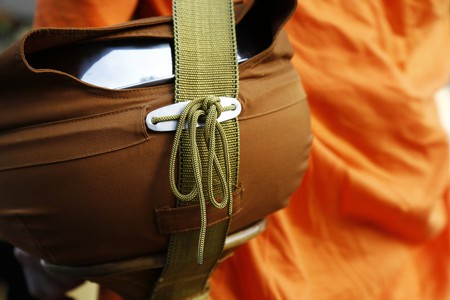 Finding transport can be difficult during the 15-day Pchum Ben | © Michel Arnault /Shutterstock.com
Give us feedback