What Does Cambodia's Flag Symbolise? 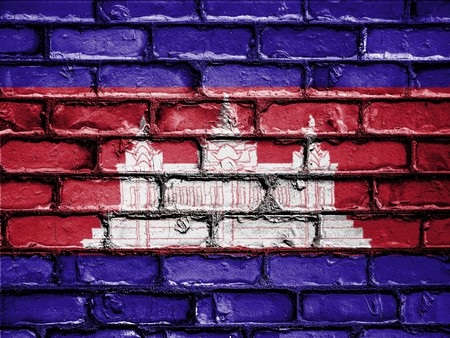 As one of only four state flags in the world to feature a building, Cambodia’s national flag stars the pride of the nation – Angkor Wat. Here’s the history behind the Kingdom of Wonder’s flag.

It seems only right that glorious Angkor Wat sits at the centre of Cambodia’s national flag. It is, after all, the pride of the nation and as the world’s largest religious structure, the major player that has planted the country on the global map. 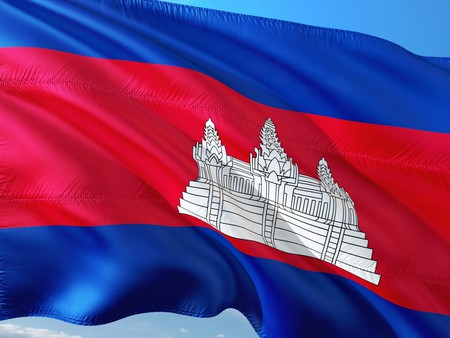 In fact, it’s not just 12th century Angkor Wat that makes the country unique, it also makes its flag stand out as Cambodia, Afghanistan, Spain and Portugal are the only countries across the globe to have a building take centre stage on their flag.

The current Cambodian flag, which comprises of three horizontal bands of blue, red and blue with Angkor Wat in the centre, is one of many the country has held.

The design was first introduced in its current form in 1948 following Cambodia’s independence from France. It was used until 1970, when another flag was introduced by Lon Nol’s government.

This was the official state flag until 1975, when the Pol Pot-led Khmer Rouge took over the country. The party introduced a red flag with a three-towered Angkor Wat in yellow, which was used from 1976 to 1979 when they were overthrown. 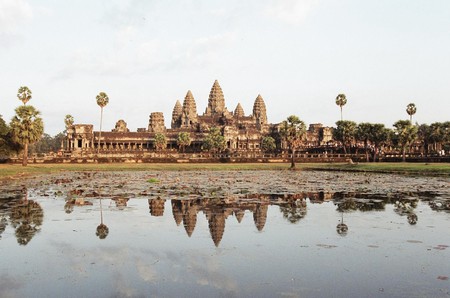 Following the Vietnamese invasion, which ousted the Khmer Rouge, the People’s Republic of Kampuchea was established, bringing with them their own flag, which was in existence from 1979 to 1989. In 1989, the Kampuchean National United Front for National Salvation (FUNSK) revived a flag adopted by the Khmer Issarak, who were instrumental in the anti-France resistance movement.

Between 1992 and 1993, the United Nations Transitional Authority in Cambodia (UNTAC) was operational in the country, and the UNTAC flag – a light blue flag with a white map of Cambodia with Kampuchea written in Khmer script on top – was adopted.

UNTAC was a United Nations peacekeeping operation with the main aim of restoring peace to the country, which had been ravaged by decades of conflict. It marked the first time the organisation had taken over the administration of an independent state and organised and run an election.

This was carried out in agreement with the State of Cambodia, the ruling government at that time, and involved more than 22,000 military and civilian personnel at a cost of more than $1.7 billion, making it the most expensive UN operation in history.

In 1993, after the first post-Khmer Rouge elections were held and the monarchy was reinstated, the country readopted the 1948 flag, which remains in use today.

The explanation behind Angkor Wat featuring on the flag is pretty simple – it stands at the heart of national pride, was once at the centre of the mighty Angkor Empire, which ruled from the 9th to 15th century, and stands as Cambodia’s top tourist attraction today.

Appearing in white on the flag, it symbolises Buddhism, the main religion in Cambodia. The red represents the nation and the blue symbolises the Royalty of Cambodia.