This Interactive Mobile App Will Teach You About Khmer Rouge History 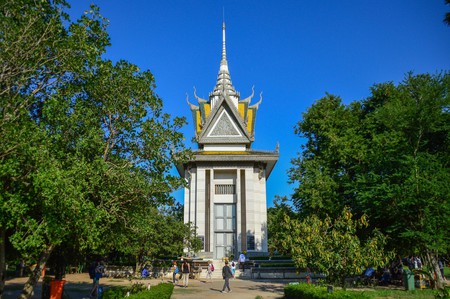 A new educational app giving an in depth insight into the brutal Khmer Rouge regime of 1975 to 1979 has been launched in Cambodia.

The Khmer Rouge reign of 1975 to 1979 was one of the darkest periods in Cambodia’s history. Under the Pol Pot-led regime, an estimated two million people died during the atrocities that ensued.

For the majority of survivors, silence has been a way to deal with the tragedy of their history and many Cambodian schools limit their teaching about the time. This has led to fears over a “collective denial” about the crimes committed.

In a bid to educate both Cambodians and the world about the Khmer Rouge, how they came into power, the aftermath and the fight for justice, Bophana Audiovisual Resurce Center in Phnom Penh has developed the first mobile app offering a comprehensive and interactive history of the regime.

It traces back to the communists’ roots and formation in the 1950s all the way to the present day, with a wealth of information provided about the ongoing Khmer Rouge tribunals against the party’s surviving leaders. 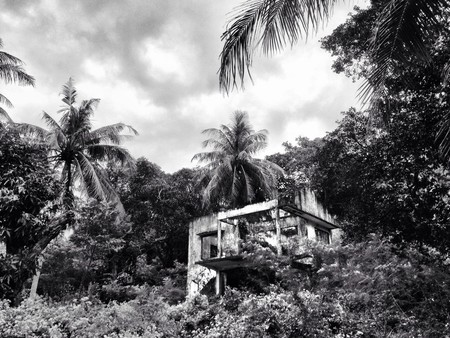 The free KR History app fuses together photographs, videos, paintings, documents from a swathe of sources, including testimonies of survivors and collated information from the Documentation Center of Cambodia, and propaganda music and material used by the Khmer Rouge. This is presented alongside historical texts written by researchers across eight chapters and 39 sub-chapters.

Following on from the app’s release last month, the project team will visit the country’s high schools and universities to promote the use of it within classrooms, and offer for it to be integrated into history classes in the national curriculum.

With 70% of the country’s population under the age of 30, it is hoped the app will go a long way towards teaching younger generations about Cambodia’s recent history.

‘Younger generations do not know much about what occurred under the Khmer Rouge regime,’ a spokesperson for the app said. ‘There’s a state of collective denial of the past atrocities among young people. Encouraging younger generations to face Khmer Rouge history, and giving them relevant and accessible tools in their search for the truth, is crucial for a social transformation in Cambodia.’ 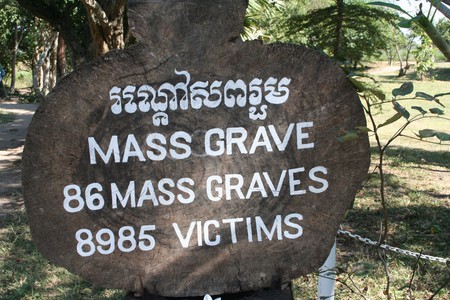 Mass grave sign at the Killing Fields in Cambodia, where more than 8,900 victims were murdered and buried | © Keith Brooks/ Shutterstock.com

The app is available to download from the Play Store, with an iOS version to follow. The programme will be offered in five provinces across the country, from October, with the aim of targeting 30,000 to 40,000 students at 80 high schools and 20 universities.

It also hopes to notch up 200,000 downloads internationally. To download the free app, visit the Google Play store.