Top 9 Things To Do in Siem Reap, Cambodia 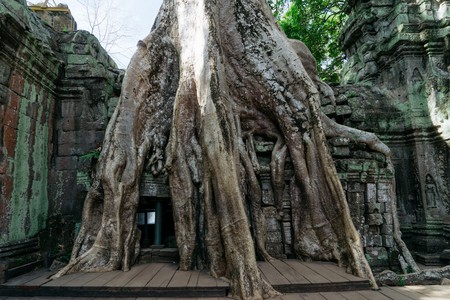 Siem Reap is a healthy mix of glitzy hotels in combination with remnants of a historic past. The city is well-known for the Angkor temples that call this area of Cambodia home, however, there is so much more to do and see in this thriving epicenter. Here, the top things to see and do in Siem Reap.

Before seeing the real deal, check out the miniature replicas of Angkor’s temples. The entrance fee to see these tiny temples is about $1.50, and it does not take long to explore the cluttered backyard. This initial experience will get visitors hyped to see the real temples up close and personal.

Angkor was the original capital of the Khmer Empire, and the temples within the Angkor Archaeological Park are all that remains of this epic realm. Visitors should expect to pay a driver no more than $18 to see the small circuit of temples, which includes Angkor Wat, Ta Prohm and Bayon; this should take the entirety of a day. Visitors will pay about $30 to see the large circuit of temples. The one-day pass into Angkor Wat is $20, but there are also two and three-day passes available. Any one of these temples is absolutely spectacular at sunrise, so be prepared to set a few alarms and head out around 4:15 a.m. in order to get this photo op and beat some of the crowds. It can take days to explore all of the temples at Angkor, so we have selected the must-see temples of this historical sight. 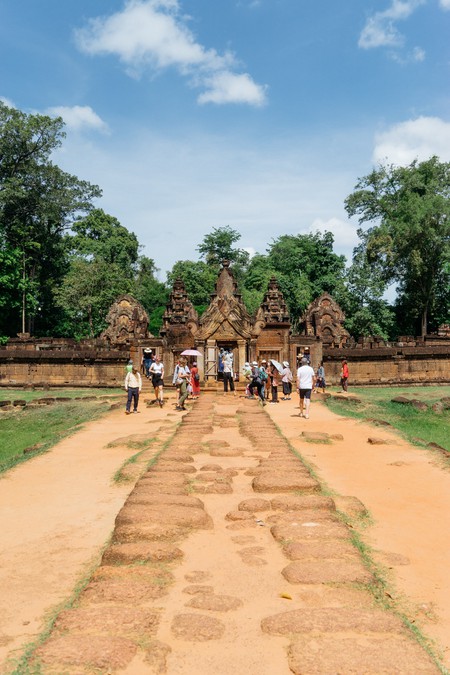 Angkor Wat is the largest religious monument ever built, and it is one of the most spectacular temples in the world. It is surrounded by massive waterways and has survived both invasions and wars. The evidence of this turmoil can be found in the wear and tear in its structure. 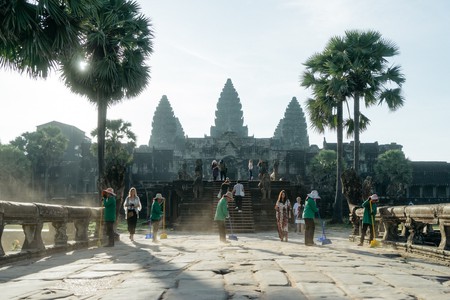 In addition to its enormous size, Angkor Wat’s structure is also covered in intricate stone detailing throughout its entirety. Visitors are advised to wear modest clothing, be respectful to the monks that visit frequently and to not sit on the structures. 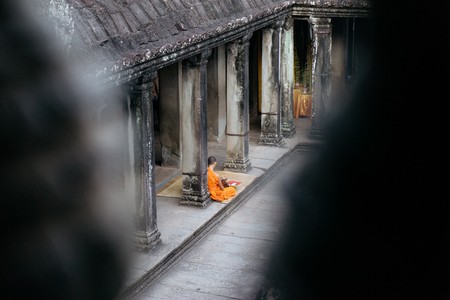 Angkor Thom is actually a city, and it was the last capital of the Khmer empire. It is most famous for the impressive Bayon Temple found there, which was constructed to honor Cambodia’s king, Jayavarman VII. It is located just north of Angkor Wat. 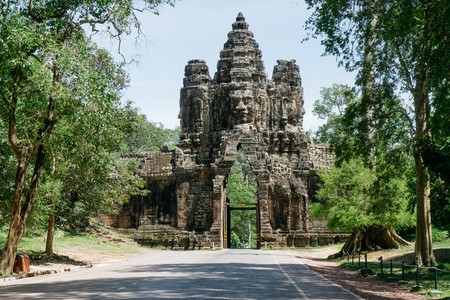 There are 216 enormous faces of Avalokiteshvara carved right into the structure found throughout the temple, and its construction dates back to the 12th century. 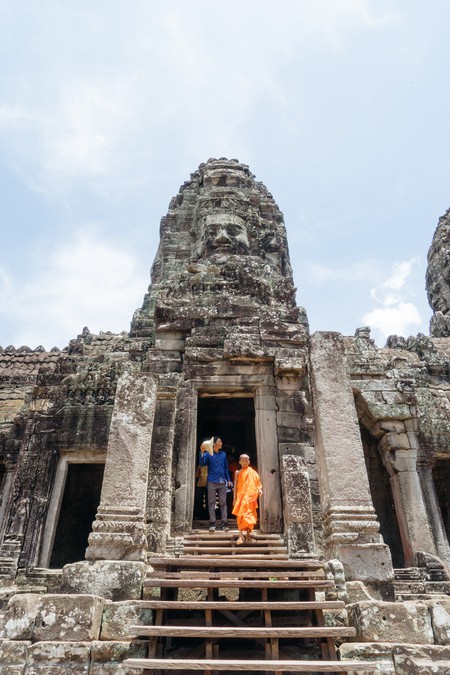 Visitors may recognize the temple of Ta Prohm as soon as they ascend its grand entrance. Straight out of scenes from the movie Tomb Raider, Ta Prohm is a magical temple engulfed by overgrown, surrounding trees. The most popular area of the temple overtaken by nature is the entrance pavilion, where Angeline Jolie’s character Lara Craft roamed the grounds in the popular film, following the sounds of a child’s laughter before picking the flower that sends her falling through the ground. The grounds of this temple were also used for the filming of Two Brothers.

The temple was built some 1,000 years ago, and it is almost completely immersed in nature, as the forest continues to grow straight into the Ta Prohm. This has been incredibly damaging to its original infrastructure, and it is currently being restored by the Archaeological Survey of India. 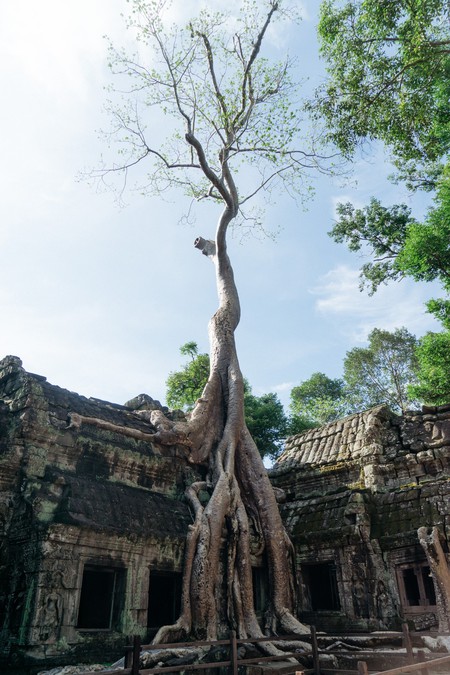 More than three million people call the banks of Tonlé Sap home. Many Cambodians make their living here by fishing on the water. The lake is one of the largest bodies of freshwater in all of Asia. Visitors can get a glimpse of a variety of wild birds as well as turtles and maybe even a crocodile or two at this lake.

Find out everything you need to know about the Khmer empire at the Angkor National Museum. It is here visitors will find a wide variety of historical artifacts and a souvenir shop. The museum is open April through September from 8:30 a.m. to 6 p.m. and October through March from 8:30 a.m. to 6:30 p.m.

The Cambodia Landmine Museum educates visitors about the importance of clearing undetonated landmines, which have killed or maimed some 63,000 people in Cambodia. It is estimated that some 5 million bombs remain in the country, and these continue to affect the people living here. The museum has guided tours available to guests in both English and Japanese. The museum is open every day from 7:30 a.m. to 5:30 p.m.

Head down to Pub Street in downtown Siem Reap for a wild night out at any one of the number of bars there. From clubs to pubs to bars, there are many nightlife venues to choose from. The Angkor What? bar is a popular destination for party-goers and backpackers alike. Heavy drinkers are rewarded with a free T-shirt for every two liquor-ridden buckets they finish. 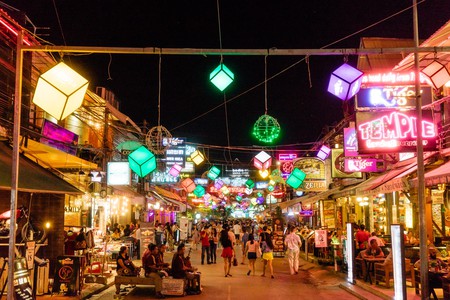