The Story of Cambodia's Ballet-Dancing King 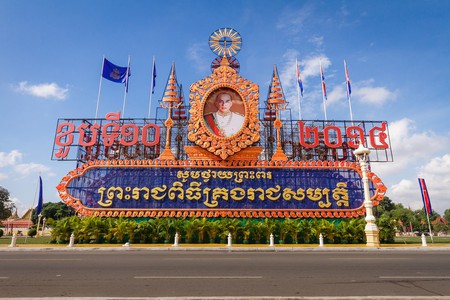 Never one to step into the limelight, King Norodom Sihamoni lives a relatively quiet life – for a king. Educated in Prague, where he trained as a ballet dancer, he has played an instrumental role in pushing the Cambodian arts scene at home and abroad. Here we throw the spotlight on Cambodia’s current King and professional dancer. 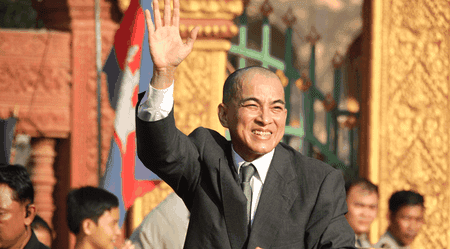 A prince’s passion for the arts

King Sihamoni was born to love the arts. His father, the late and much-revered Norodom Sihanouk, produced 50 films during his lifetime, wrote more than 48 musical compositions and was a great advocate of traditional Khmer arts.

Born in 1953, Sihamoni was sent to Prague, then Czechoslovakia, at nine years old by his father. At the age of 16, he starred in Sihanouk’s film, The Little Prince. While the civil war ravaged the country in the 1970s, the prince remained in Czechoslovakia, where he went on to study at the Academy of Performing Arts in Prague (AMU), specialising in classical dance, music and theatre. He graduated in 1975.

Inspired by his film-making father, Sihamoni left Prague after his graduation, moving to North Korea to study cinematography in the capital, Pyongyang.

In 1977 – half way through the Khmer Rouge’s brutal reign, under which an estimated 1.7 million people died – he returned to Cambodia. There, he was placed under house arrest with his parents at the Royal Palace, until the regime was ousted in 1979.

Two years later, Sihamoni relocated to France to teach ballet, where he worked as a professor of classical dance and formed his own dance troupe, Ballet Deva. He choreographed some of their performances and made two films with a dance theme.

He went on to live in Paris for almost two decades, becoming president of the Khmer Dance Association. In 1993, he was appointed Cambodia’s delegate to UNESCO in Paris.

In 2004, Sihamoni’s father abdicated for the second and final time. Sihamoni stepped into his shoes, many say reluctantly.

Little remains known about the current king, who keeps his cards close to his chest. However, the information out there paints a picture of a humble and cultured man. 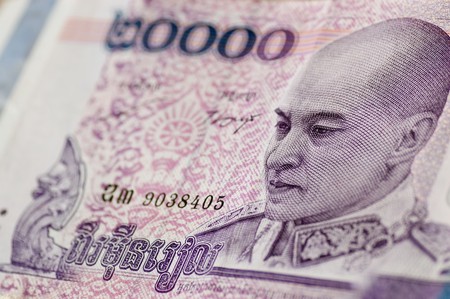 Despite reports suggesting he didn’t want to take on the crown, he has graciously accepted the role, carrying out his duties with dedication, and living a simple life. The devout Buddhist (who lived for a year in the 1980s as a monk in France) also makes regular trips to Cambodia’s provinces to meet with under-privileged communities and help launch projects to better their lives.

While Sihamoni may not be held in as high regard as his esteemed and charismatic father – the last god-king, a title dealt to a line of Khmer monarchs during the Angkor era – he has proved to be a gentle and respectful monarch, earning the regard of the people he serves.