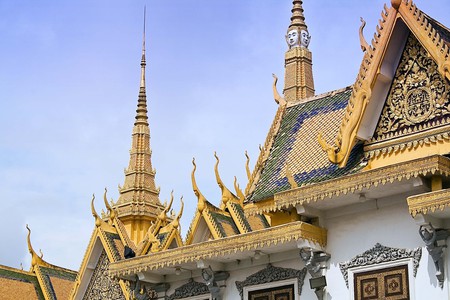 Phnom Penh’s range of museums offer a fascinating insight into Cambodian culture and heritage, and its turbulent past. Here are five museums to add to your itinerary of activities in the Cambodian capital. 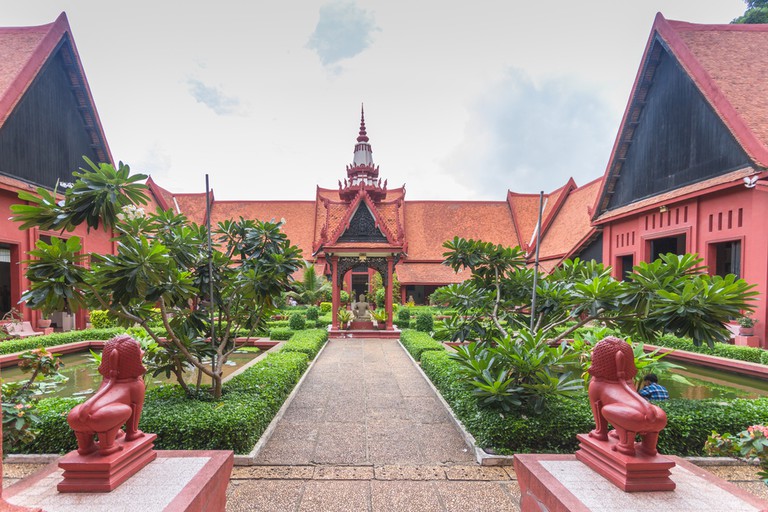 The National Museum of Cambodia boasts intricate ancient Khmer detail in its architecture | © Elite Studio / Shutterstock
Book Now
Located next to the Royal Palace, the National Museum of Cambodia is home to more than 5,000 artefacts dating back to the ancient Angkorian period. Various rooms display a range of rare statues, lingas and other items, including the Leper King from Siem Reap and a giant 11th-century bronze Vishnu. It equips visitors with some great knowledge ahead of a trip to Angkor Wat Archaeological Park.
Open In Google Maps
Street 13, Phnom Penh, Cambodia
+85523211753
Visit Website
Give us feedback

The Royal Palace and Silver Pagoda 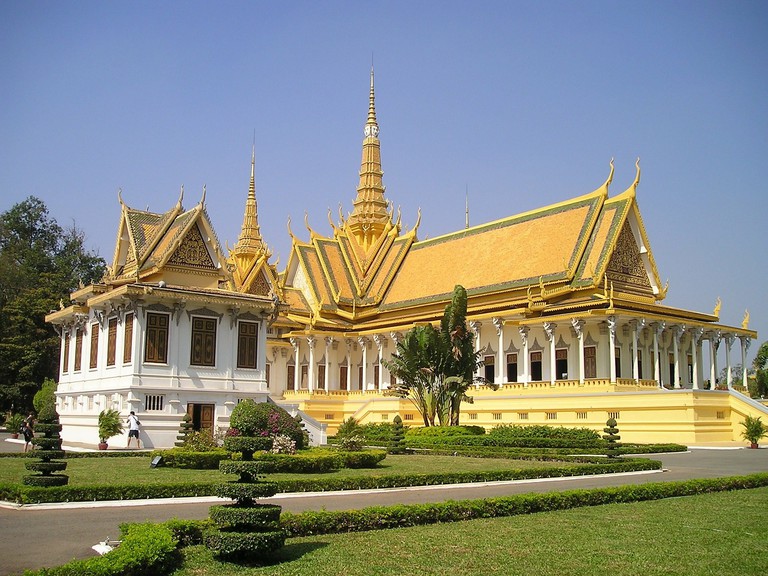 The Royal Palace in Phnom Penh | The Royal Palace in Phnom Penh
Book Now
The Royal Palace serves as the King’s residence, a venue for court ceremony and a symbol of the Kingdom. Selected areas are open to the public. The palace compound is also home to the Silver Pagoda, a renowned temple that takes prominent place on the riverside and is named for its gleaming silver floor. Guests can stroll through the manicured gardens and discover the ornate temples, libraries and galleries inside the palace grounds.
Open In Google Maps
Street 240, Phnom Penh, Cambodia
Give us feedback 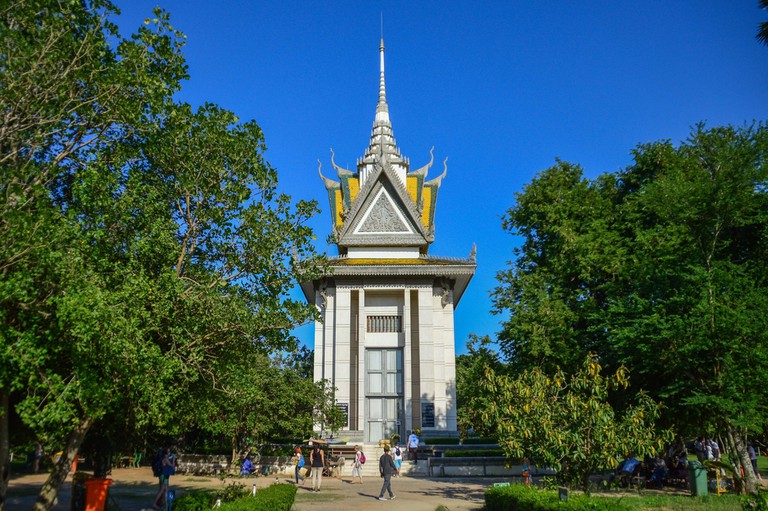 The Buddhist stupa holding more than 5,000 skulls exhumed from the killing field at Choeung Ek | © Marissa Carruthers
Book Now
Between 1975 and 1979, the Pol Pot-led Khmer Rouge took over Cambodia, with an estimated two million people killed or dying from starvation and exhaustion. Almost 9,000 bodies were discovered at the mass graves of Choeung Ek, more commonly known as the Killing Fields. Now serving as a memorial, the site features a Buddhist stupa filled with human skulls retrieved from the fields. Visitors can walk around the exhumed graves and learn more through a headset-guided walking tour.
Open In Google Maps
Sangkat Cheung Aek, Phnom Penh, Cambodia
+85523305371
Visit Website
Give us feedback 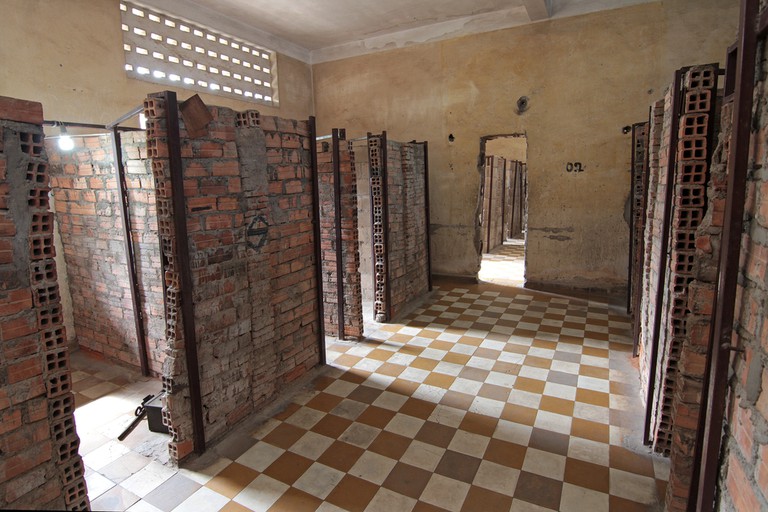 Cells that held political prisoners at Tuol Sleng, also known as S-21 | © Davide Calabresi / Shutterstock
Book Now
This former high school in central Phnom Penh makes for a sobering visit for the horrific role it played during the Khmer Rouge regime. During that time, the former school was transformed into a political prisoners’ camp known as Security Prison 21 (S-21). Only seven prisoners survived, while many others were tortured and killed, or sent to their deaths at Choeung Ek. Much of the site has been left as it was discovered in 1979 when the Vietnamese army liberated Phnom Penh. The blood-splattered walls, tiny brick cells and abandoned torture tools offer a chilling insight into the brutal regime.
Open In Google Maps
Street 113, Phnom Penh, Cambodia
Visit Website
Give us feedback 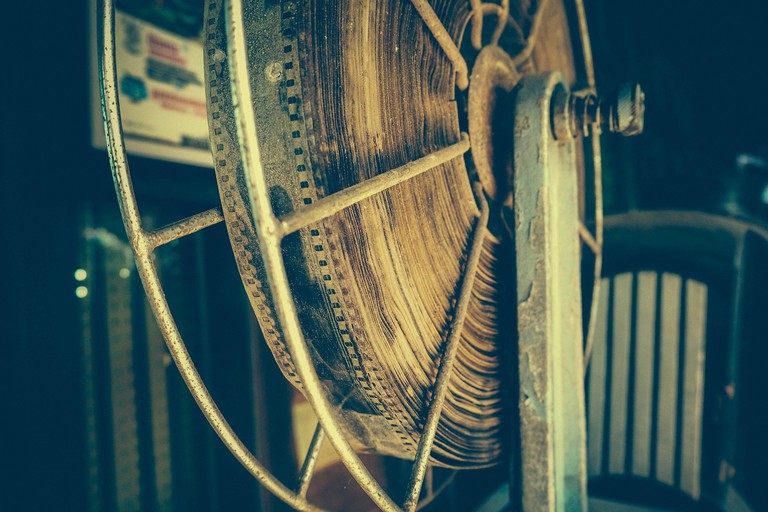 Bophana Center archives old film footage. | Bophana Center archives old film footage.
Bophana Audiovisual Resource Center is a cinema and hub for photography, television, film and sound. As many image and sound archives were destroyed during decades of conflict, Bophana collates and archives surviving material and puts it on display to the public. The center also serves as an educational site where young Cambodians can learn audiovisual techniques, multimedia practices, broadcasting and film production. Visitors can peruse photographs that date back to 1866 and view treasured film footage. The space also regularly hosts exhibitions, workshops and film screenings.
Open In Google Maps
64 Street 200, Phnom Penh, Cambodia
+85523992174
Visit Website
Give us feedback