The 10 Most Sacred Sites in Cambodia 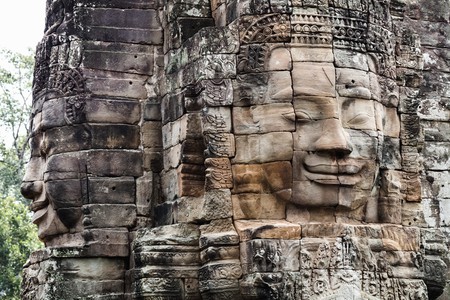 Cambodia is a country that is steeped in history and culture, and there is no shortage of sites throughout the Kingdom that pay testament to its lengthy past. So let’s take a look at some of Cambodia’s most sacred sites to visit.

Cambodia is predominantly a Buddhist country, with temples and pagodas found throughout the country. With their doors thrown open to visitors, tourists can explore many of these sites on their own but it pays well to respect the religion, and behave and dress appropriately to avoid causing any offence. Cover your shoulders and knees, take your shoes off before entering a temple, and it goes down well to leave a small donation in the box on your way out.

No visit to Cambodia is complete without a stop-off at mighty Angkor Wat in Siem Reap. Standing as the world’s largest religious structure, the ancient capital city of the Khmer Empire, which ruled from the 9th to 15th century, is Cambodia’s top draw, and it’s easy to see why. The sprawling Hindu temple complex includes a pagoda, baths, a library and other crumbling structures. The many carvings that adorn the walls also tell stories of the way of life back then, with Angkor’s design being an architectural feat for its time. 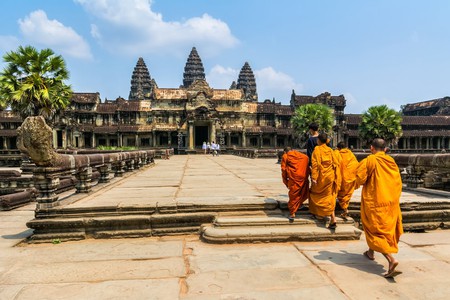 The only way to see Angkor Wat is to buy a pass (one-, three- and seven-day available) for Angkor Wat Archaeological Park. Thankfully, this gives you access to the hundreds of temples that dot the spacious park. Most visitors snap up a one-day pass, which gives you enough time to see the main temples of Angkor, Bayon and Ta Prohm. Built toward the end of the 12th century, Bayon is famous for its 216 huge faces – believed to depict its creator King Jayavarman VII – and stood as the capital of Angkor Thom. It shows the country’s shifts in religion, with the Buddhist-built temple being modified when the country switched to Hinduism then back to Buddhism.

Ta Prohm rose to international fame in 2001 when it was featured as the backdrop for part of the Lara Croft: Tomb Raider film starring Angelina Jolie. Built in the late 12th century by King Jayavarman VII as part of his vast construction programme that led to the creation of Angkor Thom and Bayon, Ta Prohm served as a university and Buddhist monastery. Today, its mystery captures the imaginations of visitors, with parts of the crumbling temple seemingly swallowed by the alien-like roots of the ancient trees that overshadow it.

Also sitting in Angkor Archaeological Park is Banteay Srei temple. However, because it’s about 25 kilometres away, it is often missed on visitor’s maps. What’s great about this is that those who make the effort will find they almost have the 10th century Hindu temple to themselves – something you can only wish for at crowded Angkor, Bayon and Ta Prohm temples. Surrounded by peaceful countryside, the sandstone structure is famous for its multitude of elaborately decorated walls. 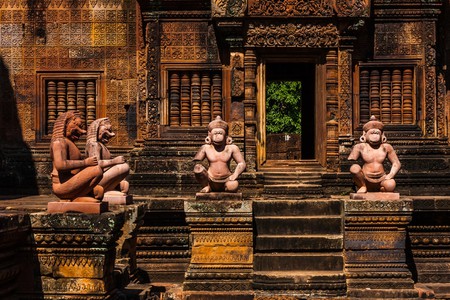 The other Ta Prohm

The Angkorian temple of Ta Prohm at Tonle Bati – not to be confused with Angkor’s Ta Prohm – sits about an hour south of Phnom Penh and boasts a wonderful element of features, including pristine carvings, very few tourists and it offers unparalleled views of the adjacent lake (Tonle Bati) and uninterrupted countryside. Dating back to the late 12th Century, this is another of Jayarvarman VII’s stunning creations.

The capital’s Wat Langka is a landmark known across the country. As one of five pagodas founded in Phnom Penh by Ponhea Yat in 1442, it remains one of the capital’s most sacred temples, competing with Wat Ounalom for top spot. Its name derives from Wat Langka’s ties with Sri Lanka, with it originating as a sanctuary for Holy Writings and a meeting place for Cambodian and Sri Lankan monks. Many of the monks who call Wat Langka home today are Cambodia’s highest regarded teachers. For those soul-searchers out there, Wat Langka hosts free one-hour silent meditation sessions throughout the week, supervised by English-speaking monks.

Up until a few years ago, Preah Vihear was off limits. Sitting on the border of Thailand, the temple remained at the centre of fighting for decades, with Thailand claiming the sacred site belongs to them. In 2013, the International Court of Justice declared the area Cambodian. However, friendly armed forces still guard the temple, which is off bounds between 4 p.m. and 8 a.m. The complex, built between the 9th and 12th century by several kings, is a spectacular series of impressive structures, that stretch 800 metres up the gentle slopes of the mountain it calls home. 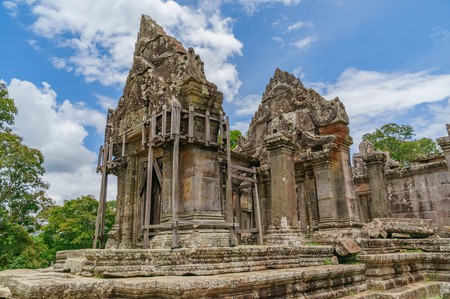 Sitting on the capital’s riverside, Wat Ounalom is the HQ of Cambodian Buddhism, serving as the library of the Buddhist Institute in its early life. Founded in 1443, it is made up of 44 structures which recently underwent a make-over. A huge number of monks call the pagoda home, with the leader of the Kingdom’s Buddhist brotherhood living there. The pagoda was almost destroyed by the Khmer Rouge, who destroyed almost the 30,000 books in the library and murdered many of the 500 monks living there, including Huot Tat, the fourth patriarch of Cambodian Buddhism. A statue of him can be found on the second floor of the main building.

Phnom Kulen and the surrounding national park is considered by locals to be Cambodia’s most sacred mountain. Located in Siem Reap province it is home to a giant reclining Buddha that sits at the mountain’s peak, waterfalls and swimming spots, ancient temples and The River of a Thousand Lingas, featuring ancient carvings on the stone riverbed. It was from this spot that Jayavarman II declared himself a devaraja (god-king) in 804 A.D. The site becomes busy during weekends and religious holidays when Cambodians leave offerings at the temple, picnic in the park and wade near the waterfalls.

Another ancient sacred place of worship that Cambodians hold close to their heart is the lesser-known Koh Ker temple complex. Serving as the capital of the Angkorian empire from 928 A.D. to 944 A.D., the remote site – 127 kilometres northeast of Siem Reap – boasts 42 religious structures and monuments spread across a 9 kilometre by 4 kilometre area nestled among the forest. The focal point is the impressive Prasat Krahom, a 50-metre-wide sandstone pyramid that stretches 40 metres into the sky. If you’re not scared of heights, then climb to the top and enjoy the delightful views to the horizon. 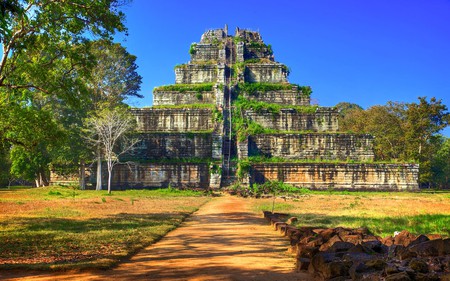 @ Cocos.Bounty/ Shutterstock.com
Give us feedback