The 10 Best Things To See And Do Around Kep, Cambodia 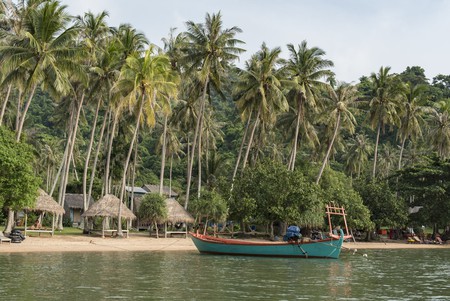 Once reserved for the country’s rich and famous, the small seaside town of Kep – once known as Kep-sur-Mer – is making a comeback and it’s easy to see why. Boasting lashings of charm, the country’s best seafood, a nice stretch of sand and pristine countryside, a visit to Kep is a must. Here’s 10 reasons why.

The short stretch of imported white sand that makes up Kep beach is a popular spot during public holidays and weekends, filling up with Cambodians wading in the shallow waters or picnicking on crab and other snacks in the dappled shade. The beach is well maintained and is the ideal spot to hire a deck chair or an inflatable ring from one of the many women who line the shore. 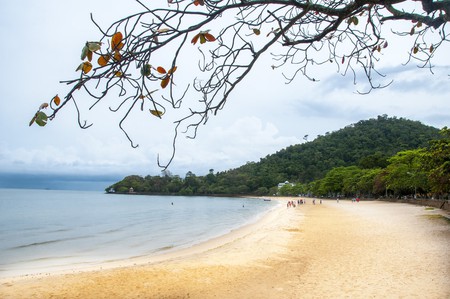 For a slice of rustic island life, jump on one of the former fishing boats that takes visitors to the nearby island within about 30 minutes and spend the day – or night – on Koh Tonsay, or Rabbit Island. Boasting a small beach lined with basic bungalows and food shacks, this spot is a popular day-trip for locals.

No trip to Kep is complete without a visit to the crab market. Standing at the centre of the town’s action, the market is a hive of activity, especially in the early morning. As well as being the base for the fishermen and women who catch the town’s famous crab, it is where the country’s freshest seafood is flogged. 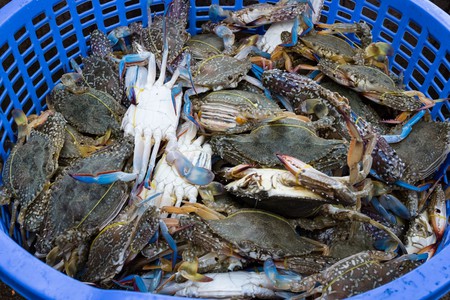 Another must for the agenda is eating the town’s famous dish of crab and Kampot pepper. Next to the market sits a row of shacks selling the eponymous dish, which usually consists of stir-fried crab with stacks of peppercorns.

The area between Kep and Kampot is studded with limestone mountains, with many home to a network of caves and Buddhist shrines. In Phnom Chhnork sits a series of pre-Angkorian carvings, a 7th-century shrine to Shiva and stalagmites and stalactites.

The not-so-secret lake is commonly coupled up with a trip to the caves. Created under the Khmer Rouge as an irrigation dam, the lake is nestled between rising hills and paddies, making it the ideal swimming spot away from crowded Kep beach.

While it is neighbouring Kampot that is home to world-famous Kampot pepper, hopping across the border from Kep is easy, with the countryside sitting between the two towns home to a flurry of farms. La Plantation sits on the edge of the Secret Lake, with tours of the farm carried out daily, taking in the variety of peppers and other vegetables produced there. 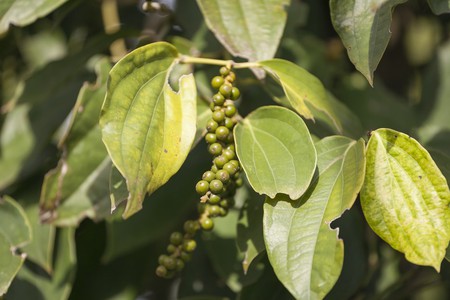 It’s not just pepper this region is famous for, it’s also salt. On the road from Kep to Kampot sit a series of salt fields close to the sea. Water swamps the fields, which are then blocked so the water can evaporate, leaving salt crystals. This is collected, cleaned and iodine added before it is packaged and sold.

Sundowners at Knai Bang Chatt’s Sailing Club is another essential for any trip to Kep. Overlooking the ocean, the former fisherman’s hut – that has been transformed into an upmarket chic hangout and water sports centre – is the spot to watch the sun set with a classy cocktail in one hand. 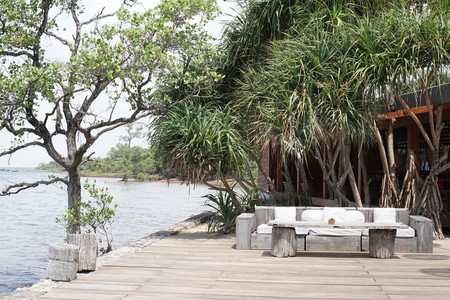 In the 1950s and 1960s, stylish Kep was a destination reserved for high-flyers and was dotted with beautiful minimalist villas. Its demise came with the Khmer Rouge, with the town left to fall into decay. While many of these villas have passed the point of return, their spooky shells remain and can be explored today, so keep your eyes open when passing through the town.