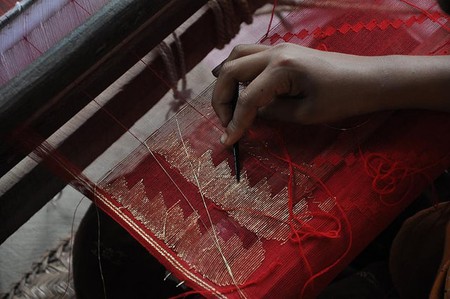 Life in Cambodia as a woman can be tough, with women expected to wed young and look after the home. However, Vannary San is one woman who has battled adversity to buck the trend and follow her dreams. Now she is hoping to bring back to life an ancient art while elevating poverty-stricken communities.

Softly spoken Vannary San’s eyes light up as she talks about the latest step in her mission to breathe new life into Cambodia’s steadily dwindling silk industry.

“Silk weaving is part of our heritage,” says the 39 year old. “It’s a big part of our culture, of our identity — you can see this on the temples at Angkor Wat. I couldn’t let this ancient art disappear.”

Sitting in the open-plan upper floor of what is set to be The Silk House — a museum and educational space dedicated to silk weaving on the outskirts of Phnom Penh — Vannary reveals how her struggles and determination have driven her to where she is today.

Born in a small village in the rural province of Kampong Chhnang, life was tough for young Vannary. Poverty was an issue and, as a female, her life was mapped out: a short spell in school before finding a husband, having children and taking care of the home.

However, Vannary longed for much more, driven by a desire to move to the capital to study and find work that would help elevate her country from poverty. But convincing her parents was a problem. 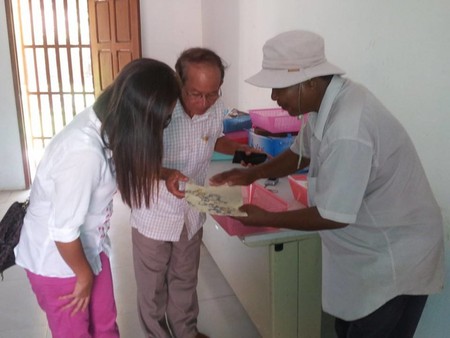 “It took a long time,” she recalls, adding they feared for her safety as a girl living in the big city, as well as being unable to financially fund her plans.

Eventually, her powers of persuasion triumphed, and in 1997, Vannary relocated to Phnom Penh to study business management and English at university. Needing to fund her fees and living costs, it took seven years of working days and studying at night classes to graduate.

After graduating, she secured a full-time job working for NGO ActionAid International, but this social work wasn’t enough. She wanted to create her own business that would help revive and promote Cambodia’s silk weaving heritage while supporting poverty-stricken rural communities by providing them with a sustainable form of income.

Vannary scoured the country to find communities to grow mulberry trees to feed the silkworms in Kampot, training them to the highest standards. She bought one sewing machine and hired a tailor to create the first batch of silk scarves, created in her own home after long days working at ActionAid. 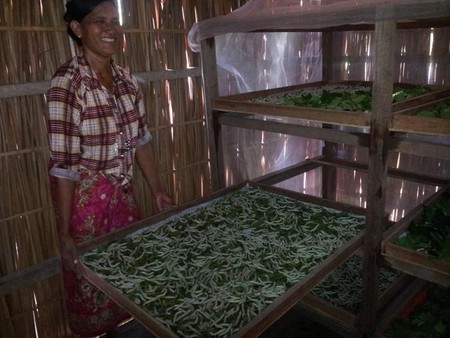 In 2003, Vannary opened her boutique and social enterprise, Lotus Silk, on Phnom Penh’s leafy Street 240, with the aim of empowering communities and producing ethical fashion that incorporates Cambodian silk.

Today, she works with 22 communities and producers, totalling more than 220 people. They include organic cotton growers in Battambang, weavers in Prey Veng and Takao and dyeing experts in Kandal. The communities and Vannary produce a range of eco-friendly products including golden silk, jewellery, scarves, accessories, fashion apparel and home decor.

As well as silk, Vannary also makes a range of products from upcycled fabrics thrown out by the many garment factories found on the outskirts of the capital.

Vannary also exports many of her goods globally, mainly to South Korea, Canada, the US and Germany, ensuring she can pay fair wages to her workers, while promoting ethical alternatives to fast fashion and Cambodia’s capabilities. 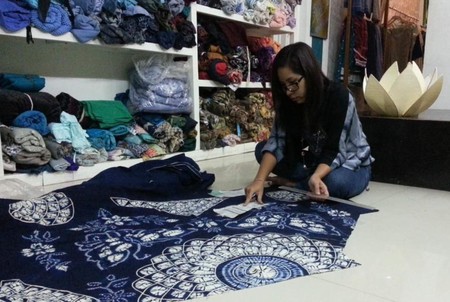 “I’m so proud all of my products are 100 percent from Cambodia and I am able to show the world what great fabrics can be made here, while helping local communities to have better lives,” she says.

And her commitment to the cause and her country has not gone unnoticed, with her mulberry tree planting programme catching the attention of the Ministry of Agriculture.

Among her clutch of accolades, in 2012, she scooped the Women’s Creativity in Rural Life award and in 2016, was awarded the title of outstanding woman entrepreneur of ASEAN. In August, she was crowned Top 5 Designer of the Year 2017 by the Modern Ethnic Design Centre.

The latest step in her mission is The Silk House. The interactive and educational museum, aims to teach visitors about the ancient craft of silk weaving, from fattening up the silk worms with mulberry leaves, through to creating soft silk scarves and other intricately-designed items. 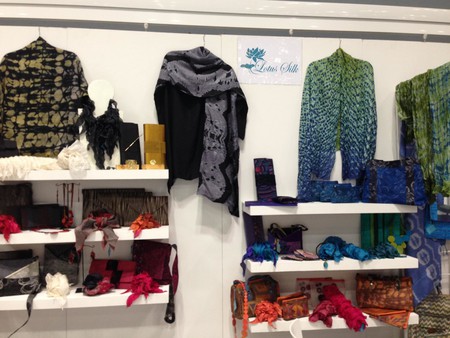 Vannary will employ three onsite weavers to show the process and efforts that go into creating the intricate prints that adorn the fabrics using handlooms. Visitors can also have a go at hand-dyeing fabrics themselves for a small fee. Entry to the museum is free.

As well as being a tourist attraction, Vannary plans on working with local schools, with students taking educational trips to The Silk House to learn about their heritage.

Vannary is currently holding a GoFundMe campaign to help raise the funds to see the project through to completion. She hopes to open The Silk House in July.

“We have such a beautiful history in silk weaving and textiles, and there are incredible communities across the country who have these skills that need to be kept going. It is important this is kept alive,” she says.

What happened to Cambodian silk?

Cambodia’s silk weaving history stretches back to Angkorian times, with etchings on the walls of Angkor Wat showing the ancient art being carried out.

While Cambodia was once world famous for its Golden Silk, which is renowned for its strength and lustrous fibre, the age-old tradition — like all other art forms — came close to extinction after the Khmer Rouge reign.

With techniques passed down orally from generation to generation, when an estimated third of the population were killed or perished and artisans were targeted, it’s easy to understand how the techniques were lost.

In the wake of the Khmer Rouge reign, many other factors have led to silk weaving’s rapid decline.

Cheaper fabrics being imported from China and Vietnam, coupled with workers trading in tradition to work in the garment factories, where wages are guaranteed, have added to it teetering close to the brink of extinction. 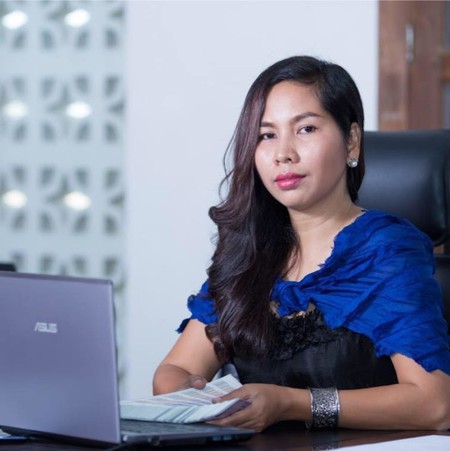