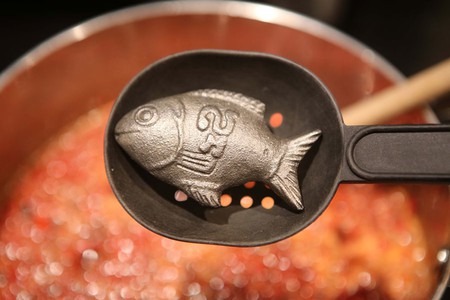 Shawls of tiny fish are helping give Cambodians a huge health boost after an ingenious discovery by a science graduate during a trip to the country.

Canadian Christopher Charles was shocked when he travelled to Cambodia six years ago. During visits to villages throughout Kandal province, he noticed that instead of chirpy children, the youngsters were under-nourished, weak and many had slow mental development.

Expectant mothers were also dogged with dangerous health issues before and after birth, especially haemorrhaging. And many women were unable to work due to tiredness and headaches.

The information triggered an obsession Mr. Charles – a researcher from the University of Guelph in Ontario – suddenly had with iron. Iron deficiency had been identified as the root cause of the villagers’ issues, including anaemia.

According to the World Health Organisation, iron deficiency is the world’s most common nutritional condition.

Two billion people globally – more than 30 percent of the population – are anaemic as a result of iron deficiency, predominantly in the developing world. Pregnant women and children are particularly vulnerable, hit with fatigue, weakness, dizziness and drowsiness.

In Cambodia, the problem affects six million people – almost half of the female and child population. 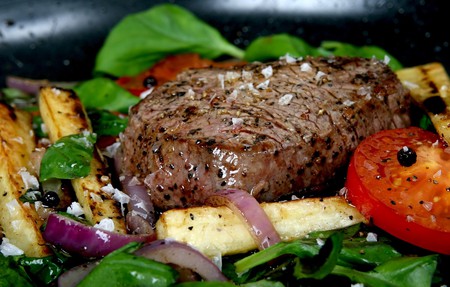 While iron supplements can help to prevent the issue, in the Kingdom of Wonder access to these remedies is off limits to many who simply can’t afford the luxury. They are also not widely available in remote areas.

Poor diet is mostly to blame – and this is the cause of the majority of cases in Cambodia.

With many families in dire poverty, a healthy diet is difficult. Most eat white rice and fish twice a day, missing out on iron-rich foods, such as red meats, spinach and broccoli.

With the problems of diet facing so many Cambodians, Dr Charles got to thinking. Previous research proved that cooking in cast iron pots increases the iron content of food, inspiring a light bulb moment. Why not place a lump of iron made from melted-down metal into a cooking pot?

The result was revolutionary, with the scientist crafting his invention to release the right concentration of iron to supplement the lack in many Cambodians’ diets.

The icing on the cake comes in its design: Dr Charles shaped them like a fish, both a staple in the local diet and seen as a symbol of luck in the country.

According to Dr Charles, the iron fish – 7.6 centimetres long and about 200 grams – work by boiling them in water or soup for a minimum of 10 minutes to enhance the iron. It is then removed, and a dash of lemon juice added – vital for the iron to be absorbed. 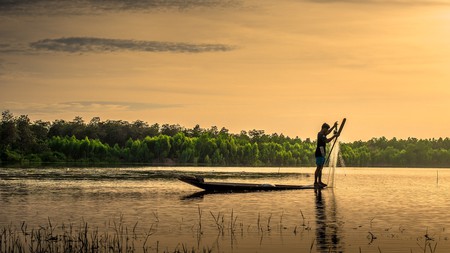 Dr Charles claims, if used correctly every day, it can feed an adult with up to 75 percent of the daily recommended iron intake. This increases for children. And trials carried out on several hundred children in Kandal revealed half no longer suffered from anaemia after 12 months.

In 2012, Gavin Armstrong heard of Dr Charles’ research. The then undergraduate was captivated by the idea and went about securing seed funding a for profit venture, Lucky Iron Fish, with the aim of eradicating anaemia across the globe.