How to Spend 24 Hours in Phnom Penh, Cambodia 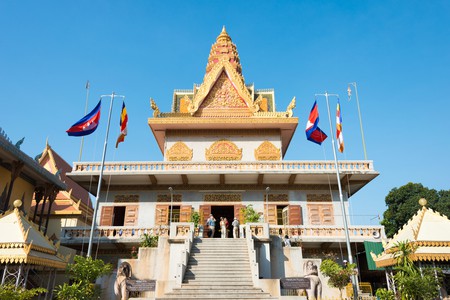 The Cambodian capital of Phnom Penh is often used as a transit city for those heading to Temple Town or down to the coast. Thankfully, its compact size means day-trippers can squeeze plenty of sights – and a bit of sleep – into 24 hours. Here’s our guide on the best way to spend your precious 24 hours in Phnom Penh.

If you’re an early riser, then start the day with a dawn stroll along the riverside (Sisowath Quay), which is a hive of activity as the sun wakes up for the day. The wide promenade is full of power walkers, with Cambodians taking part in the fitness sessions, accompanied by blasting music and people pumping up on the free exercise machines that dot the riverside.

If you start at the north end of Sisowath Quay at the market then walk along the Tonle Sap River, you can take in a bustling stretch of bars, restaurants and guesthouses – perfect for a coffee or breakfast break. The 30-minute walk also passes by Wat Ounalom, the headquarters of Cambodian Buddhism. Founded in 1443, the pagoda is made up of 44 structures and is home to the head of Cambodia’s Buddhist brotherhood, as well as many other monks.

Visitors are welcome to wonder around the grounds, provided they are dressed and behave respectfully. Women must ensure their shoulders and knees are covered, and shoes must be taken off when entering the temple.

Continue along the riverside until you reach the Silver Pagoda, which is part of the Royal Palace. To the front of it sits manicured gardens, which are popular with Cambodian families wanting to feed the groups of birds that congregate there.

The Royal Palace can be accessed by walking around the Silver Pagoda, along Street 240. Open from 8am to 11am and 2pm to 5pm daily, the sprawling grounds are the official residence of King Sihamoni, which means that large sections are closed to the public. Visitors can view the throne hall and surrounding buildings, which all boast intricate Khmer architecture. Entrance is only permitted to those covering their shoulders and knees.

After finishing off at the palace, hit nearby Street 178, known as ‘artists’ alley’. On one side of the block sits the Royal University of Fine Arts, while the other side is lined with small galleries and studios, full of a range of locally-produced art.

Having worked up an appetite, Sugar & Spice café is on the corner of Street 178 and Street 19, and serves up some great lunch options. Run by NGO Daughters of Cambodia, the café employs former victims of trafficking, equipping them with the skills needed to rebuild their lives.

Next to the Royal University of Phnom Penh is the National Museum of Cambodia. It’s well worth a visit if you’re heading to Siem Reap’s Angkor Wat, as the museum is home to the world’s largest collection of Khmer sculpture and ancient religious artefacts dating back to pre-Angkorian times. 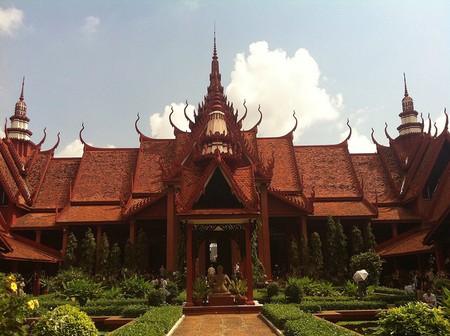 With The Killing Fields, or Cheung Ek Genocidal Centre, sitting a good 15km outside Phnom Penh, a trip there can take up most of the day. However, Tuol Sleng is within central Phnom Penh and is a sobering but informative trip for those wanting to learn more about the Khmer Rouge. The former school was taken over by the Khmer Rouge and turned into the notorious prison, S-21 (Street 113). This was where political prisoners were sent for interrogation before being sent to Cheung Ek to their deaths.

Only seven people are believed to have survived, of which two can be found in the grounds selling books about their time there. Left pretty much untouched since it was discovered by the invading Vietnamese troops in 1979, torture tools fill the abandoned classrooms, blood flecks remain on the walls, the suffocating small cells can be visited, and rooms full of the harrowing photos taken of each victim as they entered the prison explored.

A visit to Phnom Penh isn’t complete without a visit to a market. Practise your bartering skills at the nearby Russian Market, or Psar Tuol Tom Pong, which is a sprawling indoor network of stores selling everything from clothes, bags and shoes, to art, souvenirs, fruit, meat, household goods and vehicle spare parts.

Shopaholics with patience can rummage through the mountains of clothes to bag a super cheap bargain. Or you can hit the many stores that surround Russian Market for locally-made clothes. Note, many of the stalls in the market and surrounding shops sell rejected products – maybe a stitch is loose – made in the many garment factories in the area.

If you want to take it straight into the night, then head to the Eclipse sky bar for sunset. As the country’s highest sky bar – sitting on the 24th floor of Phnom Penh Tower – the swanky, roofless venue offers 360-degree views of the city and beyond, with a range of cocktails to enjoy. 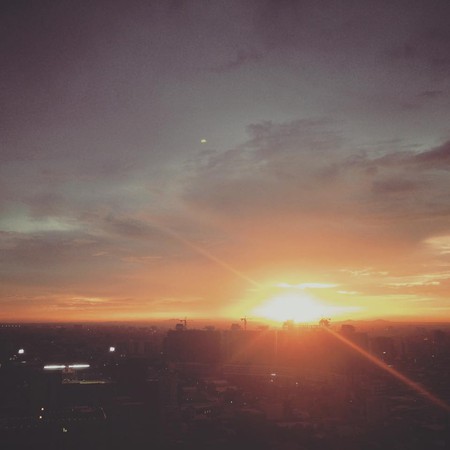 For authentic Khmer cuisine, given a contemporary twist, Malis is the place for dinner. Run by a Cambodian masterchef, Luu Meng, the restaurant serves up a range of Cambodian dishes revived by Meng. The Bang Bang is a must, comprised of river lobster marinated in a prahok and chilli paste, served on a bed of jasmine rice.

Next to Malis is Street 308, which has transformed from a nondescript backstreet to a bustling stretch of bars and restaurants. Blink and you’ll miss Bassac Lane, a narrow lane off Street 308 where all the cool kids hang out. Here, you’ll find a cute collection of boutique bars, restaurants and stores. Live music often takes over the street at weekends.

With the action wrapping up at about 1am, the nightclubs are up next for those wanting to carry things on until the early hours. Pontoon (80 Street 172) is the popular option, attracting a wide mix of people to its main room and two side rooms. If you fancy shaking some moves on the dance floor with Cambodia’s elite young, then make Nova (19 Street 214) your final destination before heading home for some much-needed rest.