How To Ride Tuk-Tuks in Cambodia 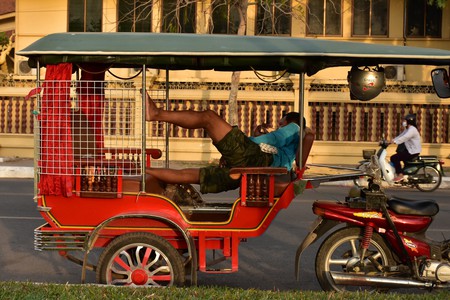 There’s no shortage of tuk-tuks no matter where you are in Cambodia, with the call, “Tuk-tuk, sir,” or “Tuk-tuk, madam” chiming constantly in the air. However, negotiating a ride can be tricky for first-timers to Cambodia. Here, we give the lowdown on all you need to know about catching the Kingdom of Wonder’s most popular mode of “public” transport.

Those more accustomed to Cambodia can get away with paying at the end, with most tuk-tuk drivers responding with, “Up to you,” when you ask the price. This is because they are more familiar with fares and less likely to stand being ripped off. 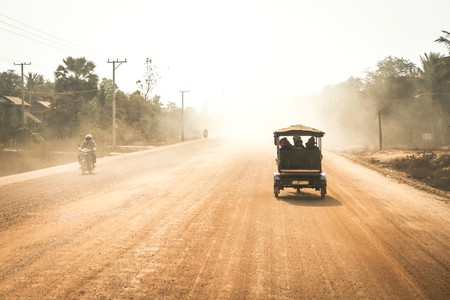 However, for the uninitiated, this isn’t recommended, and settling on a price before starting your journey avoids any hairy moments at the end. But this can be the most daunting – and tricky – task when it comes to foreigners hailing a tuk-tuk. The reason is tourists are seen as walking dollar signs and often the price will be more than doubled.

Of course, this is the first price and no one is expected to settle on this. A good bet is to start at less than half, with three-quarters of the initial price the top you’ll pay. If the driver still refuses, try slowly walking away. If your offer was reasonable, he’ll quickly call you back.

As a rough idea, you shouldn’t pay more than $3 to cross Phnom Penh city centre and about $7 from the airport to the city centre. Airport tuk-tuks charge a flat rate of $9.

Getting from A to B

So, you’ve settled on a price, now for getting there. 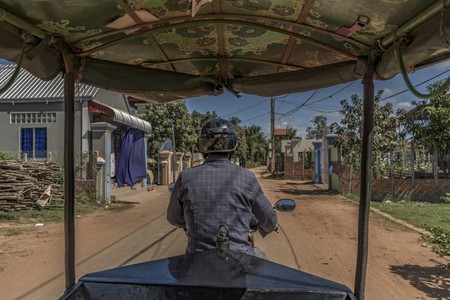 Maybe you’re fortunate enough to come from a country where those tasked with driving passengers around are familiar with hot spots, roads and can, at least, read a map. If you are, then forget everything you know, because this definitely isn’t the case with many tuk-tuk drivers, especially those from the provinces.

With this in mind, it pays off to come armed with pre-planned directions in case you need to guide your driver. And if you have a sim card with internet access, then get onto Google maps and make sure you’re headed in the right direction.

Most drivers will be familiar with the city’s wats and markets, so a good tip is to find one close to where you want to go – there is never a wat or market far away – and tell the driver to go there, giving the final steps of the way.

Hurtling along roads in the back of a tuk-tuk can be a thrilling experience, as well as bumpy when you get off track. 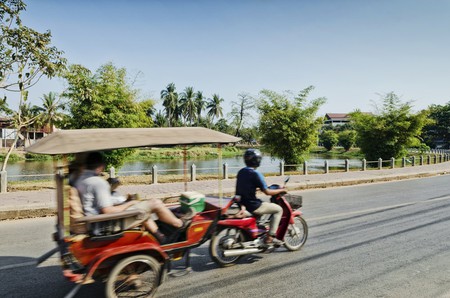 It’s also a great way to view your surroundings. But be aware of keeping your valuables close; bag snatches from tuk-tuks are increasingly common in tourist areas.

Another increasing complaint is congestion in the capital, with tuk-tuks more often stuck in fumes being chugged from the motorbikes and vehicles that clog the roads.

Many Cambodians wear face masks as a way to filter out some of the pollution. These can be bought from many of the vendors that dot the roads – along with disposable rain jackets in case you get caught in a snap shower.

In the last year, a number of tuk-tuk apps have hit Cambodia’s roads, offering an easy option to travelling. 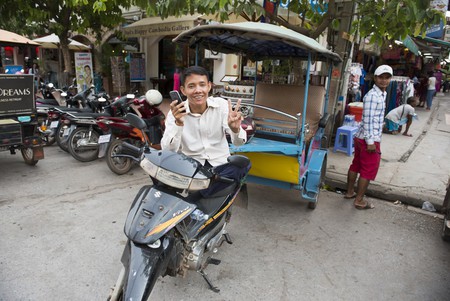 In similar style to taxi app Uber, passengers download the app, find their location, set the destination and wait for a driver to respond. Prices are set – low – so it takes away the hassle of negotiating fees and faffing about with directions.