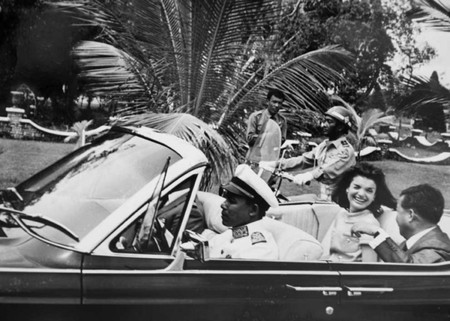 Iconic glamour puss Jacqueline Kennedy captured the hearts and minds of Cambodians during her whistle-stop tour of the Kingdom in 1967. Here, we look at how her visit helped smooth over rising political tensions between the two countries.

November 1967 is a month that is etched into Cambodia’s modern history books. The reason: Jacqueline Kennedy finally fulfilled her lifelong dream of exploring Angkor Wat’s ancient ruins before hitting the road and heading to the capital and the coast, all captured in a five-page colour spread of American magazine, Life.

On the surface, the trip seemed to be an enjoyable holiday for the former First Lady – jolly visits to Sihanoukville with then-King Norodom Sihanouk, apsara dance performances put on by a young Princess Buppha Devi, hand-feeding royal elephants and feasts with top dignitaries. However, the suspected real motivation for the visit was something quite different, historians claim.

“It was a very real event,” Australian historian Milton Osborne, who first came to Cambodia in 1959, told the Phnom Penh Post. “It was the start of the repair to Cambodian-US relations, which had been at a very low ebb.”

In the 1950s, Cambodia was a major beneficiary of economic and military support from the US. But by the early 1960s, the relationship between the two countries had taken a turn for the worst. Sihanouk was unhappy with America’s involvement with neighbouring Vietnam, with the violence threatening to spill across the border. 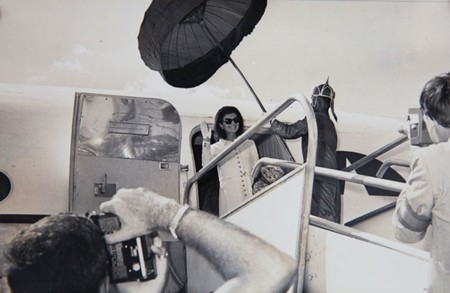 Jacqueline Kennedy is greeted at the airport @ National Archives

After Jackie’s husband, President John F Kennedy, was assassinated in 1963, Sihanouk is reported to have called for public celebrations.

“We had only three enemies and the leaders of these three countries all died and went to hell,” one record quotes him as saying – referring to Kennedy, Ngo Dinh Diem (president of South Vietnam) and Sarit Thanarat (prime minister of Thailand).

Sihnouk is said to have then called on Cambodians to celebrate the deaths by wearing red armbands and listening to music outside the Royal Palace in Phnom Penh. By the end of that year, economic relations had stopped, with diplomatic relations completely severed by 1965.

So, in November 1967, Jackie was invited by the king to visit the Kingdom of Cambodia, in a bid to ease political tensions – a wise move despite her holding no standing in the US government at the time.

Jim Gerrand, a filmmaker who spent 1967 kayaking along the Mekong, is reported as describing Jackie as “American royalty”. “[Sihanouk] couldn’t have got a better emissary to symbolise the attempt to mend fences with America,” he told the Phnom Penh Post.

“Her journey was the first that started relations with the United States,” Son Soubert is reported to have said. His father, Son Sann, met Jackie in his capacity as prime minister at the time. “After that, we have had a good relationship for a while.”

Politics aside, Jackie’s visit was laced with fun as she was treated to Cambodia’s high life. During her trip, she enjoyed live renditions of two of the king’s jazz compositions – November Blues and The Evening I Met You. She attended a private tour, headed by King Sihanouk, of Angkor Wat and spent time at his royal residence in Sihanoukville on the coast.

And the pin-up’s memory lives on today, with Raffles Le Royal in Phnom Penh and Independence Hotel in Sihanoukville – where she stayed during her trip – decorating suites that capture her elegant spirit. 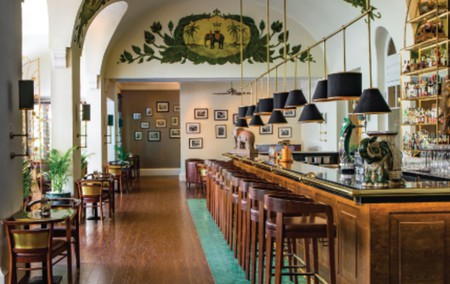 Raffles also serves its renowned Femme Fatale cocktail, a delicious mix of crème de fraise des bois, cognac and champagne that was created especially for her during her stay at the property, which was then Hotel Le Royal. A glass said to wear her signature red lipstick marks stands proud behind the bar, having been discovered during a renovation of the property.

And the cocktail comes highly recommended to those wanting to walk in the faint footsteps of the former first lady. Raffles’ Elephant Bar is one of the capital’s classiest joints and puts on a daily happy hour – the capital’s longest-running – from 4pm to 9pm, where a selection of the pricey cocktails are half price.