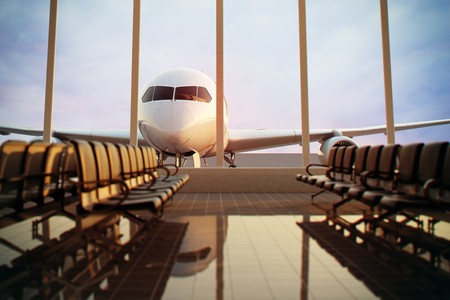 Those flying in or out of the Cambodian capital will be delighted to know that Phnom Penh International Airport’s compact size makes checking in and passing through immigration and security super-speedy. Here’s all you need to know about Phnom Penh’s airport.

Airports usually fill even the most hardened of travellers with a sense of dread, conjuring up images of waiting in seemingly endless queues, queues and more queues, and battling through lounges packed with people and families frantically trying to calm crying children. 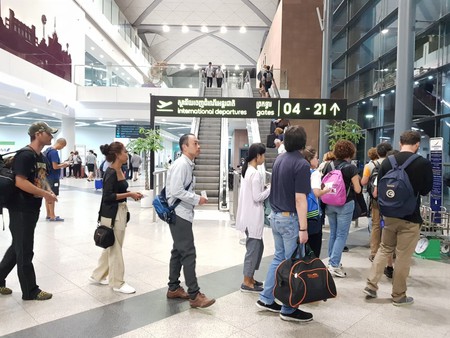 Not at Phnom Penh, though. Despite a recent revamp and extension, as well as welcoming a string of more flights, for now Phnom Penh is a long way from becoming an international hub similar to, for example, neighbouring Bangkok’s Suvarnabhumi Airport.

This makes the airport easy to navigate, quick to get around and devoid of lengthy queues that can plague other airports across the globe.

There’s no shortage of tuk tuks and taxis that can take you to or from the city centre to the airport, which is about an 8km drive. 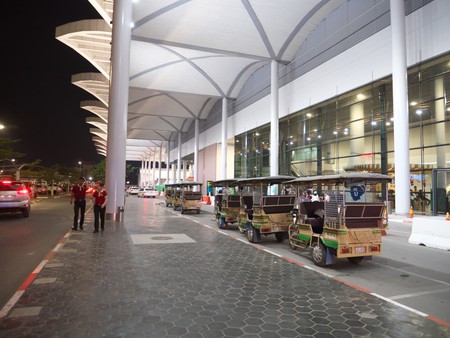 If coming from the airport, fixed fare taxis and tuk tuks can be booked as you leave arrivals. They charge set fees of $9 for a tuk tuk and $12 for a car.

If heading to the airport, then your guesthouse or hotel can arrange transport – fees vary – or you can hail one down from the road yourself and negotiate a price (usually about $7).

Alternatively, the growing number of tuk tuk and taxi apps available take out the stress of bartering your fare. Uber and Grab both recently launched in the country, with PassApp being Cambodia’s home-grown version of the service.

The capital’s increasing traffic and roadworks mean you may need to leave a little extra time to get to the airport, especially during morning and evening rush hours. An hour should suffice. If it’s early morning or late evening, 45 minutes is more than enough. 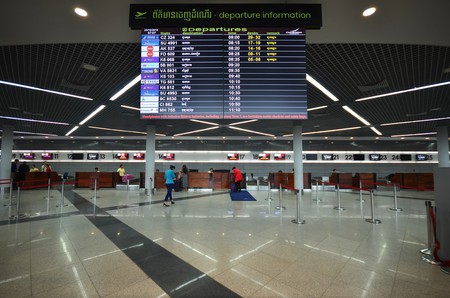 Checking in and security

Finding your check-in desk and getting to it is easy, as it all fits inside one large hall. Save time getting through immigration by filling in your arrival or departure form ahead of time.

The second phase of the airport’s $100-million expansion and upgrade was officially unveiled earlier this year with the opening of the new arrivals hall and boarding concourse.

More than 100sqm were added to the existing passenger terminal, which received a make-over. The domestic departure concourse was expanded and two additional boarding gates were added, giving the airport a brand new, modern feel. 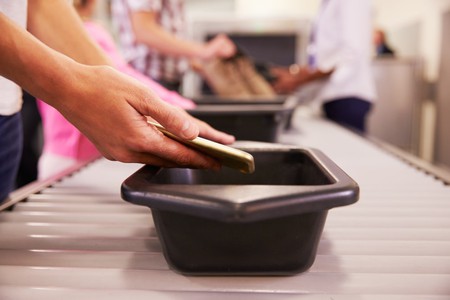 The queue at immigration is never usually more than four people deep, with security – at most – a 10-minute wait. Here, as with most airports across the world, you will need to place liquids in a clear plastic bag, laptops and electrical items in the tray and remove belts and shoes.

Thanks to the recent renovation plans, the departure lounge facilities have vastly improved on what was there before. However, they are still limited, but passengers can still browse the usual duty-free tobacco, alcohol and cosmetic offerings.

There are also several restaurants and a bar, as well as a Monuments book store, U Care pharmacy and a handful of boutiques selling handicrafts, clothes and electrical items, spread across the ground floor.

Smokers can also get their pre-flight fix at a small smoking room.

For those wanting to lap up a bit of luxury before the journey ahead, there is a Plaza Premium Lounge, with a three-hour stay available for $31 if booked online, or two hours for $39 and five for $55 at the door. 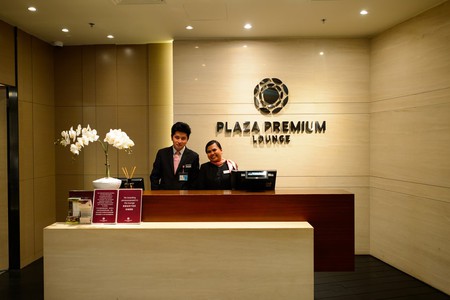 © Sorbis/ Shutterstock.com
Give us feedback