Five of the Best Traditional Art Troupes in Cambodia 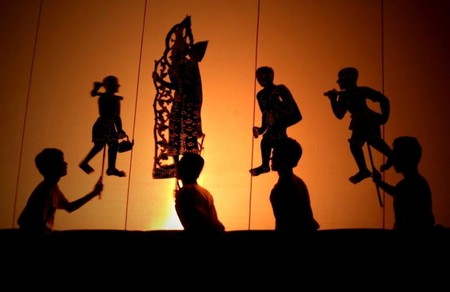 Cambodia has a rich heritage when it comes to the traditional arts. From ancient Apsara dancing to shadow puppet shows, there’s a wealth of entertainment just waiting to be watched. 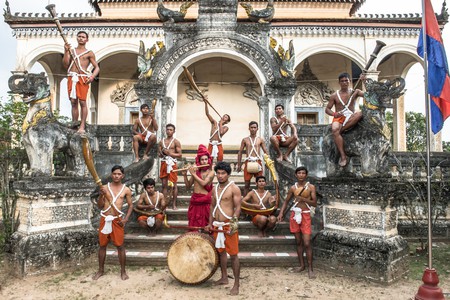 With the ultimate aim of rekindling the traditional arts that were almost destroyed by the Khmer Rouge, passing these skills onto younger generations and providing artists with an economically-viable platform to survive, Cambodia Living Arts (CLA) has helped spawn new generations of artists since launching in 1998. Preserving and breathing new life into the country’s dance, theatre, music and puppetry, CLA’s many troupes can be found performing across the country throughout the year. In Phnom Penh daily performances take place at the National Museum of Cambodia at 7pm.

CLA’s Wat Bo Shadow Puppetry Troupe keep alive the Cambodian ancient art of sbaek (shadow puppetry) which is said to date from the Khmer Empire era. Their large, intricately patterned puppets are made from ox, buffalo or cow hide and are attached to bamboo rods. In the troupe’s performances, each puppet represents a character from the poem Reamker, the Cambodian version of the Hindu epic Ramayana. The puppets are cleverly moved behind a white fabric screen, with a coconut fire blazing behind to create shadows. This is played out to the backdrop of a Pinpeat orchestra (a musical ensemble which performs Cambodian ceremonial music) at the historic Wat Bo temple in Siem Reap. 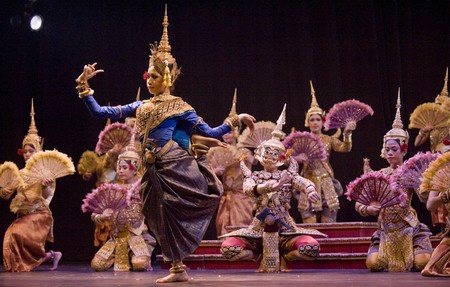 Growing up under the Khmer Rouge regime, classical dance was the only form of escape for Sophiline Cheam Shapiro. Destined to dance, once peace came, she studied the traditional art at the Royal University of Arts under a surviving dancer, who was only one of a handful still practising. After moving to America, she returned to her homeland to set up Sophiline Arts Ensemble – a classical dance and music company that develop ground-breaking choreography, sets, costumes and performances. After taking her shows across the globe, Cheam Shapiro scooped a host of awards for her work. Performances take place in Phnom Penh throughout the year.

While preserving traditional arts has been the emphasis for many organisations, embracing the future is the focus of Phnom Penh-based Amrita Performing Arts. Launched in 2003, their aim is to take Cambodia’s ancient theatre heritage into the future. Producing fully staged productions of contemporary Cambodian dance and drama, they nurture the next generation of professional performers through collaborations with internationally renowned directors and choreographers, such as Belgium-based choreographer Arco Renz and Toronto’s Peter Chin. 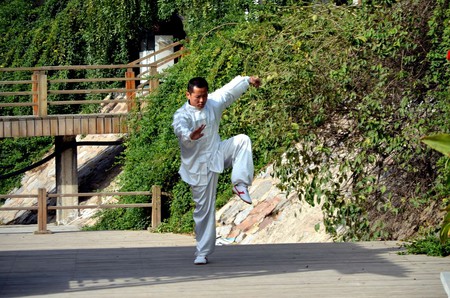 The ancient Cambodian martial art of Yuthakun Khom often lives in the shadow of its more famous neighbour, Thai boxing. However, the movements the Yuthakun Khom fighters carry out are very artistic, with each fighter choosing an animal and using their characteristics to fight. Classes are led by Chan Rothana, a fighter who was born in a refugee camp into a family of martial artists. Visitors can give it a go themselves or watch a private performance at Phnom Penh-based Selapak Cambodia.