The Best of Cambodian Pop Music 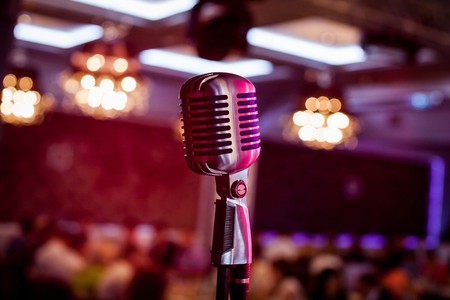 Music runs through the veins of Cambodia, with karaoke joints found on seemingly every corner, songs ringing heavy in the air and music blasting out of speakers across the country. With love songs the favoured genre, there’s no escaping the sound of Cambodian music, whether it be on a bus, walking down the street or eating lunch. We look at eight of the most well-loved popstars.

Having launched his career in 1998 at the age of 17, Nop Bayyareth is one of the country’s most famous popstars. He has released a string of albums, making his debut in 2001 with Prouy Nek Mjas Sne. He has also made a series of TV appearances, featuring as a judge on the first and second season of The Voice Cambodia in 2014 and 2016, as well as a judge on the first season of Cambodian’s Idol in 2015.

Pich Sophea, commonly known as SP, rose to fame in 2004 with her debut single, ‘Better Day’, featuring DJ-Sdey. To date, she has released seven albums, with her latest, Queen, released in 2016. She starred alongside Nop as a coach in seasons one and two of The Voice Cambodia.

Kum Bunnadeth started working for EV Production in 1988 as a seven-year-old singer. He went on to release a series of albums, meeting his wife and fellow popstar Yuk Thit Ratha at the recording studios at a young age. They wed in May 2006. In 2007, he released duet, ‘My O My’, with popular Khmer singer Yorth That Rotha, which shot to fame.

Preap Sovath launched his singing career in 1996 at the age of 31. He quickly rose to become one of the country’s most popular singers. He has also starred in a clutch of local films, including Have You Ever Loved Me in 2013. Preap was also a judge in Cambodian’s Got Talent seasons 1 and 2 in 2014 and 2017, Cambodian Idol 1 & 2 and The Voice Kids Cambodia season one, this year.

Chhet Sovanpanha’s love of singing started at a young age, with her perofrming in a string of shows for children. This national treasure has released a series of chart-topping hits, with her debut single ‘Mouse Loves Rise’ shooting to the top spot. She has also toured Malaysia, Australia, France and Switzerland.

Singer-songwriter Suon Socheata, known commonly as Nikki Nikki, has scored a series of hits, starting with ‘Home for Dinner’ in 2014. Her modern style combined with her soulful lyrics and sounds made her an instant hit with the masses. In February, she took to the stage with UK singer Joss Stone at the second ChubMet Music and Arts Festival in Siem Reap.

American-Cambodian Laura Mam found fame on YouTube after posting a series of love songs, sparked by a break-up in 2008. After graduating from college in the US, she headed to Cambodia where her catchy sounds made her an instant hit with the country’s youth. The singing sensation has also gone on to set up her own record label to spawn a new generation of young, original singers.

Having released their debut album 2×4 earlier this year, these four musicians are introducing new sounds to the country, creating original music that explores a range of subjects. Each song’s lyrics tell a special tale from the members’ lives that they hope their audience can relate to.