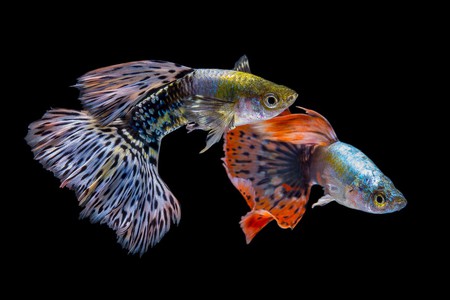 Rural Cambodians are recruiting the help of fish in an innovative way of keeping dengue fever, which is rife across the country, at bay.

Small rainbow-coloured guppy fish can be seen darting in the barrels of water that dot households throughout one Cambodian rural province.

While visitors would be forgiven for thinking they are the Khmer alternative to the goldfish that are kept as pets in the West, these fish serve a much more serious purpose – a life-saving one, in fact.

As part of a one-year pioneering pilot project carried out across Kampong Cham province by the charity Malaria Consortium, villagers have been breeding guppies in barrels of water as part of the battle against dengue fever. 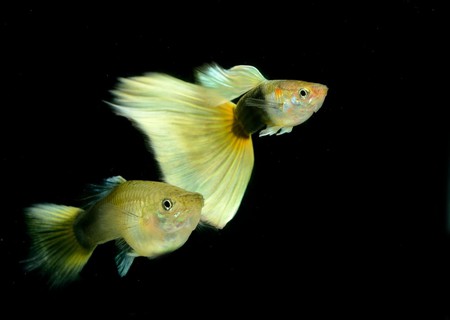 Guppy fish are proving useful in the fight against dengue | © Nantawat Chotsuwan/ Shutterstock.com

The mosquito-borne disease is rampant across Cambodia – with the province holding one of the country’s highest dengue rates. And with no known cure or vaccine against it, preventative measures are essential to avoid contracting the tropical disease, which can cause debilitating flu-like symptoms, vomiting, skin rash and muscle ache.

In severe cases, it can develop into a deadly haemorrhagic fever.

Under the scheme, more than 3,000 households were given the larvae-eating fish to breed in water used to clean and cook at their homes. The rest was left to nature.

And it appears getting the guppies on board to help with the fight against the disease has paid off, with the fish helping slash the presence of dengue mosquitos by 46%.

Another bonus is the fish costs only a few cents, making it affordable across developing countries. 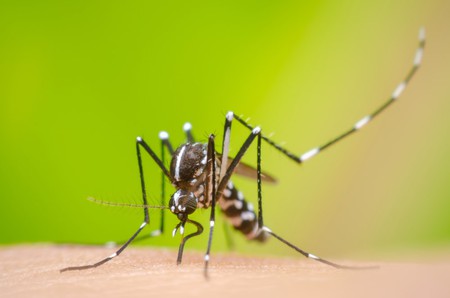 “The idea was to create a sustainable solution for the villagers, with minimal costs and inconvenience for them,” John Hustedt, senior technical officer at Malaria Consortium Cambodia, told the Thomson Reuters Foundation.

Hopes are now high that the government will roll out the scheme across the country, where almost 2,000 cases of dengue have been reported between 1980 and 2008. This is one of the highest rates in Southeast Asia.

Dengue isn’t a disease confined to Cambodia, with it found in 100 countries worldwide – a sharp leap from the nine recorded in 1960 by the World Health Organization. The amount of cases reported has also jumped from 15,000 annually in 1960 to today’s more than 390 million.

“The approach to dengue is reactive; when there is an outbreak. We have to get more pro-active in controlling it before it becomes an even greater threat,” says James Tibenderana, Malalaria Consortium’s global technical director. 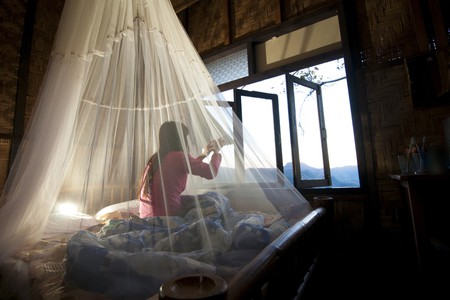 Unlike malaria, there is no treatment for dengue, or widely-available vaccine. While symptoms and the severity of the disease vary wildly from case to case, patients are generally recommended to rest, drink water and take medicine to ease the pain.

Symptoms usually start some three to 14 days after infection, with recovery taking anywhere between two to seven days.

Dengue mosquitos prefer the daylight and their favourite time to feast is usually a few hours after dawn and before dusk. In contrast, malaria mosquitos like to strike at night.

This means lashings of DEET should be applied at this time, and it is recommended to keep wrists and ankles covered. And don’t forget to put mosquito nets to use when they’re provided because they’re there for a good reason.

Dengue-carrying mosquitos are recognisable by their black and white spots.