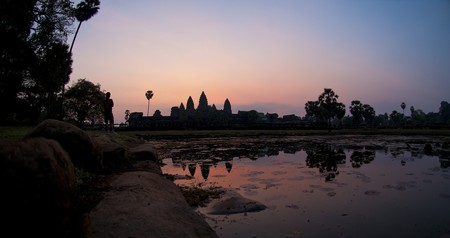 With few tourists including it on their itinerary, Battambang feels like a laid-back country town, despite being Cambodia’s second most populous city. Offering an untouched ambience, Culture Trip discovers this charming riverside city.

A centre for culture and the arts, Battambang felt the full wrath of the Khmer Rouge in 1975. Its residents, like those of Phnom Penh, were driven out to the countryside; many died, and anyone considered by the regime to be intellectual or artistic was targeted for execution. However, when it was liberated from the Khmer Rouge in 1979, the city of Battambang was mostly spared from damage, leaving some of Cambodia’s best-preserved architecture practically intact. 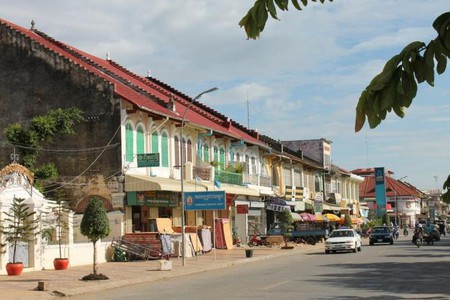 The city, filled with remnants and memories of French colonialism, has retained its art deco charm, but also boasts modernist wonders from the building boom of the 1950s and 1960s, during a brief period of independence and peace. The small Battambang Museum displays ancient sculptures and carvings, mostly from the pre-Angkorian and Angkorian temples nearby. 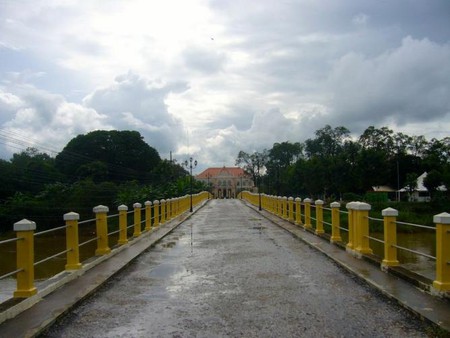 Battambang’s main street is built along the banks of the Sangkae River, which winds peacefully past delightful architecture, including the Governor’s Residence, a beautifully restored reminder of the town’s French heritage with balconies and white-shuttered windows. While the building itself is closed, travellers can wander the grounds freely. Another reminder of Cambodia’s colonial past is the old train station, where crumbling repair sheds, old rolling stock and warehouses conjure days long gone. While the trains no longer roll through Battambang station, the tracks are still in use for the Bamboo train. Little more than a wooden platform on axels, a small motor is attached to the carriage, allowing each ‘train’ to travel at about 15 kilometres per hour. While these sometimes carry rice and other supplies, they are mostly in use for tourists to chug past the fields and local villages at a pace reminiscent of the agrarian lifestyle around them. 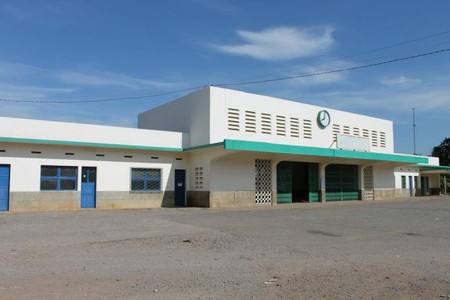 Within the city, there are over 800 buildings of historic significance; fading remnants of charming colonial houses and shop-fronts are being brought back to life as bohemian cafés, European-style restaurants and boutique hotels. Alongside this architectural renaissance, a thriving art scene is developing at an impressive pace.
With a whole generation of artists silenced, the arts were in danger of being lost altogether. However, in 1994 four young men that had met in a refugee camp joined forces to open Phare Ponleu Selpak. As well as providing free public education and social support for over 1,200 vulnerable children in the area, they opened an art school teaching visual, applied and performing arts. It is in part due to this school that Battambang has now re-emerged as a centre for the arts. The arts centre is open during the day for a behind-the-scenes look, or to see the students of the renowned circus school perform an evening show. The circus also showcases their Cirque du Soleil-type feats in Phnom Penh and some of the performers have toured internationally. 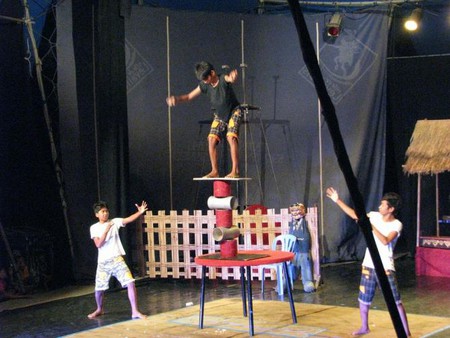 Performers from the Phare Circus School in Battambang | © Paula Harrigan

Wander along street 2.5 and you will find some of Cambodia’s most exciting art spaces. The newest is Lotus, which opened in late 2013. Housed in a colonial shop-front, the building was a decrepit shell when founder Darren Swallow moved in. A thoughtful renovation has resulted in a multi-purpose space that will host art exhibitions as well as films, music and live performances, and also features a bar. Down the street is Sammaki, a community art space hosting local artists and helping to bridge the gap between art school and life as a professional artist. Locals Mao Soviet and wife Phin Sophorn, both graduates of the Phare Ponleu Selpak, opened Make Maek gallery to try and reinvigorate Battambang’s creative scene at a grassroots level. The dynamic couple have joined forces with the school and Sammaki to create a monthly art walk that brings art to the local community. 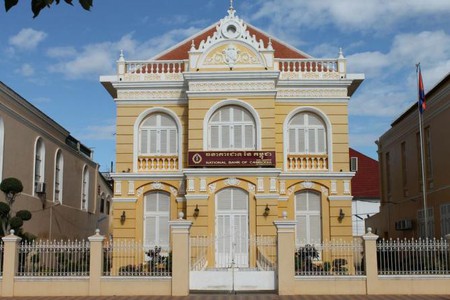 Though it may not have the mass-appeal of world wonders like the temples of Angkor, it is the understated charm that brings joy to Battambang’s visitors. Vibrant yet laid back, the pace of life here is slower, winding peacefully through the city like the Sangke River. With its thriving art scene, great cafes, well-preserved architecture and increasing tourist demand, there has never been a better time to visit Battambang. Just a three-hour drive from Siem Reap, Battambang can also be accessed by boat subject to water levels.