A Guide To The Fragrant Flavours Of Cambodian Cuisine 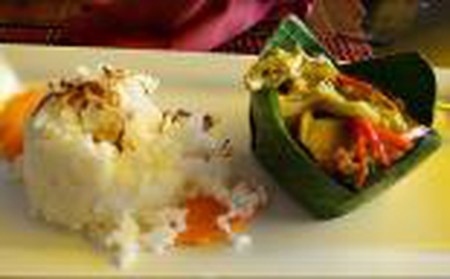 Favoring the abundant use of rice and herbs, the delectable food of Cambodia faced near extinction in the 1970s due to the Khmer Rouge and their crimes against the people of Cambodia. Thankfully however, the historical cuisine has been passionately revived and is today one of the most palatable and celebrated in existence. 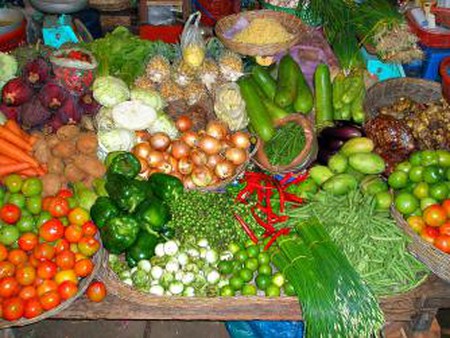 Much like its neighbouring countries and their national dishes, Cambodian food relies heavily on rice, with this grain is consumed with every meal from breakfast to dessert. Cambodians benefit from an influx of fresh fish as the Mekong River (the 12th longest in the world) cuts through the country and heavily influences food choices. An example of this can be seen in the liberal use of Prahok, a fish paste used in many of Cambodia’s most prominent recipes. The strong taste of Prahok is testimony to the loving use of strong flavours, particularly sour, throughout Cambodian cuisine, and sets this food group apart from others in Southeast Asia.

In a merger of flavours from Thailand and India, Cambodia has taken lessons from the latter in order to create intense flavours with herbs and spices. In an intricate collaboration of flavours, Cambodians have created a blend of spices called Kroeung, which is a herb paste made up of many different ingredients, all carrying their own individual tastes. Ingredients for the paste include lemongrass, turmeric, cardamom, cloves, star anise, ginger, galangal, garlic and kaffir lime leaves, as well as other ingredients native to the country. The fragrant taste of this paste is typical of Cambodian cuisine and shows how it differs from its Thai neighbours, as dishes back away from hot spicy flavours and move towards a concentrated focus on fresher tastes. 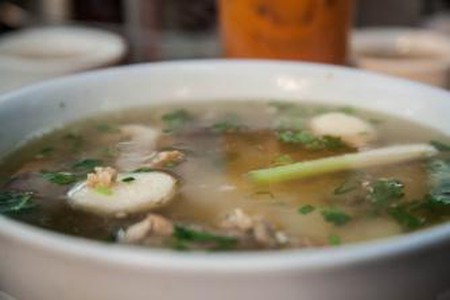 There are many wonderful places to visit across Cambodia, but for some of the best examples of traditional Cambodian cuisine, travellers and foodies alike head to some of the more prominent hotspots. The city of Phnom Penh is known for its food, and as the capital of Cambodia, is teeming with places to eat out. Here you will find an array of traditional dishes, but the city is renowned for the noodle soup dish Kuy Teav. The base of this soup is made of pork bone stock, and the dish is almost always topped with fresh lettuce, spring onions and bean sprouts. Regularly containing meats such as beef or shrimp, in Phnom Penh the dish is especially popular due to its indulgent use of additional ingredients, often containing offal. 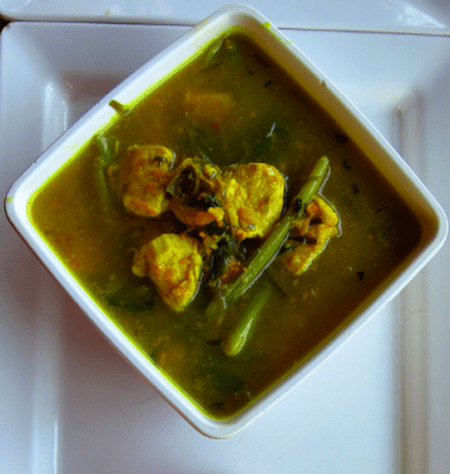 If bought from one of the many street vendors, the soup will most likely contain tender pieces of beef and beef meatballs. A regular contender for breakfast, the dish is famed for its subtle yet complex flavours. Restaurant Malis in Phnom Penh serves up a handful of different variations of Kuy Teav, the beef variants having a richer flavour than those found from the street vendors making them more suitable for lunch or dinner, whilst the seafood alternative is a popular refreshing option for breakfast.

Cambodian cuisine is heavy in its uses of fish and meat, but due to much of the populations religious dietary requirements, vegetarians are well catered for. It is in these vegetarian dishes that Cambodia takes influences from China, with similar vegetables such as bok choy, kai-lan, cabbage and mushrooms being used. A popular vegetarian restaurant in Phnom Penh is K’NYAY, which serves vegetarian and vegan options to many traditional Cambodian dishes, including Samlar Machu (a sour soup) and Amok variations. 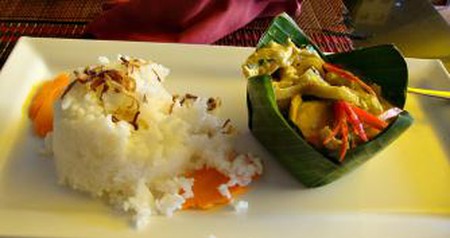 Siem Reap in North West Cambodia is located on the edge of the Tonlé Sap Lake, which is the largest freshwater lake in Southeast Asia and supplies the area with a delicious array of freshwater fish and seafood. Famed for its high quality cuisine, Siem Reap boasts a selection of fish based dishes, the most popular of which is Amok. This dish is one of the most well known dishes in Cambodia, and is comprised of a coconut based curry sauce, usually containing galangal and fish, which is then steam cooked in banana leaves. Amok Trey specifically is arguably the most popular dish in the country, and contains fish which has been liberally coated in Kroeung and coconut milk, which is then cooked and topped with peanuts. Amok can also be served with chicken or vegetables, and all of these are served skillfully in Tangram Garden, a restaurant in Siem Reap. 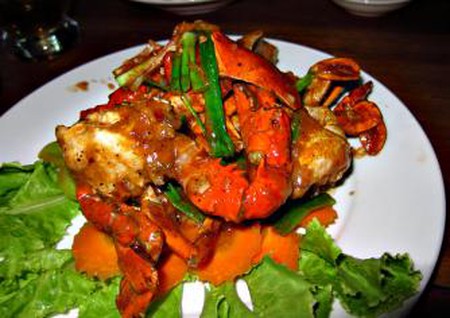 Although not as popular as the nearby province of Sihanoukville, the province of Kep is a must visit for its array of shellfish. The area was once a popular destination due partially to its borders to the Gulf of Thailand and beautiful beaches, and is still famous for its crab market and fishing exploits. The dish most commonly associated with the province of Kep is the crab dish Kdam Chha Mrich Kchei. This dish consists of crab which is sautéed with green peppercorns, served with a green pepper sauce and is usually topped with spring onions as a garnish. Incredibly delicious, light and flavoursome, this dish is popular throughout Kep. The crab is usually caught from the Gulf of Thailand making it region-specific, like much of Cambodian cuisine. One of the finest restaurants in Kep serving up this crab dish is the Kimly Restaurant, which is located on the Waterfront Crab Market. Here you will find the famous green pepper crab as well as an impressive selection of freshly caught seafood.

Cambodian cuisine holds a vast collection of individual recipes and flavours, and one of the best ways to taste some of the most traditional dishes, such as Nom Ban Chok, Lok Lak and Amok variants, are the many street vendors who will offer up some of the freshest foods.