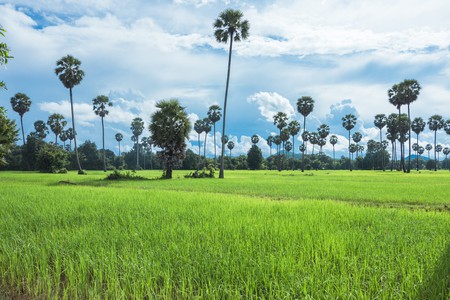 Cambodia’s second largest city should be included in every visitor’s itinerary, and for those on a budget, sleepy Battambang offers much more for your bucks.

The adage, “Don’t judge a book by its cover”, should come into play when it comes to laid-back Battambang, because on first appearance, there’s seemingly nothing to do in this sleepy town.

Despite being Cambodia’s second largest city after Phnom Penh, Battambang – pronounced Battambong – is compact. Its quiet streets, with the odd motorbike or car trundling down them, sit in stark contrast to the mayhem of the capital. Here, the pace of life sits many notches down the scale and a sense of calm replaces calamity.

However, don’t let the peace or the city’s lapse into dilapidation put you off. All of this forms part of Battambang’s unique charm, and is what will make you fall in love with it very quickly.

While the city is welcoming an increasing number of tourists, it remains relatively off the path of those heading to Siem Reap’s temples or for the beach and islands in the south. This gives Battambang a rough-around-the-edges, authentic feel, offering a glimpse into Cambodian urban life away from the cosmopolitan centres of Siem Reap and Phnom Penh. 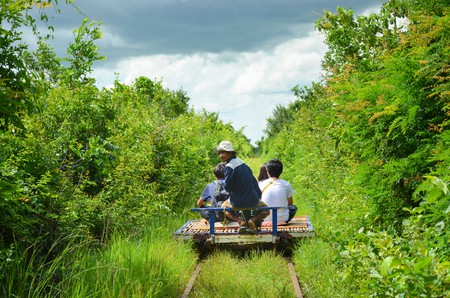 Scratch beneath the surface and Battambang harbours a wealth of wonders. Once the country’s creative capital, it was home to 1960s singer Ros Sereysothea and S-21 survivor and artist Vann Nath. While most artists were killed during the Khmer Rouge regime, it is now once again home to a bubbling contemporary art scene.

Several independent galleries dot the streets, and can be visited for free. Romcheik5 houses rotating exhibitions by local contemporary artists downstairs, with permanent showcase, Made in Battambang, located upstairs. Make Maek also features a range of work from local and international artists. 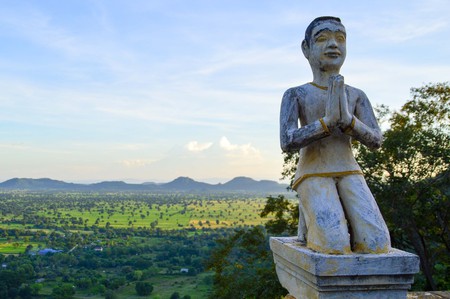 On first sight, Battambang city and its clutter of crumbling buildings, where paint peels in gashes from the walls and webs of mould creep up their sides, seems a bit drab. Look a little closer and you’ll find it is home to the country’s largest surviving collection of colonial buildings, boasting fine French architecture dating back to the early 20th century.

Some of these buildings – mainly those along the waterfront, such as the Post Office and Exhibition Hall – have been restored to their former glory and, thanks to Battambang’s compact size, can be explored on foot or by bike. There are several tour companies that take visitors around these sites. Alternatively, to cut down on cost, you can visit the Khmer Architecture Tours website to download a map of the best spots and head out solo.

Battambang’s other beauty is its easy access to stunning countryside. Coined ‘The Rice Bowl of Cambodia’, the city is surrounded by sprawling paddies that come to life during monsoon season, when the emerald green contrasts against the angry grey skies, villages and ancient religious sites. The region is also mainly flat, making cycling a popular way to discover the rural hidden gems. Soksabike run half and full-day tours that take guests into the heart of the landscape, visiting villages along the way. If that’s out of the budget, then you won’t be hard pushed to find a guesthouse or travel shop renting bikes, which start from $1 a day, meaning you can hit the winding tracks alone.

Noteworthy trips into the countryside include Phnom Sampeou, which is about 12km (7.4 mi.) southwest of the city. The pretty hilltop pagoda complex offers unparalleled views across the countryside and distant rolling hills – the perfect spot for sunset. However, horror doesn’t sit far away, with the hill home to the killing caves, where the Khmer Rouge dumped the dead. It is now a shrine that can be visited. Alternatively, you can skip the stunning sunset views and head to the base, where at dusk millions of bats stream out of the caves that dot Phnom Sampeou and stream into the countryside for the night. A true spectacle.

The bamboo train: A different method of public transport

The bamboo train is another must and –at $10 for one seat and $5 per person for two seats or more – won’t break the bank. The train, or nori, is made of a three-metre long wooden frame, covered with bamboo slats with an engine taking it up to speeds of 50 km/h (31 mi/h).

As with most of the country, development is occurring here at a rapid pace but, for now, Battambang is a backpacker’s paradise, with a range of budget guesthouses, eateries and bars that definitely won’t leave your wallet empty.