A Brief History of Phnom Kulen, the Most Sacred Mountain in Cambodia 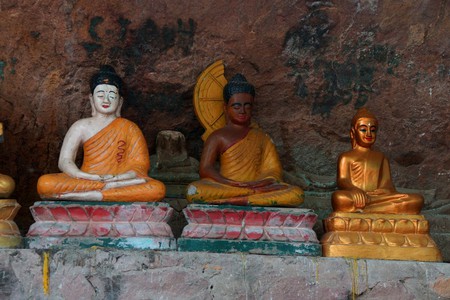 Sitting about 50km (30 miles) from Siem Reap town, Phnom Kulen is considered to be Cambodia’s most sacred mountain. Locals flock to the holy site daily to pray, leave offerings, stroll through the national park or picnic next to one of the waterfalls. Here’s a brief history of the famous summit. 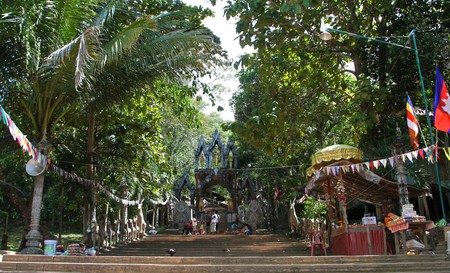 Phnom Kulen, or Kulen mountain, has its roots steeped deep in Khmer tradition, dating back to 802AD when Jayavarman II was said to declare himself a devaraja – ‘god-king’ – at its peak.

As well as drawing a hefty number of Cambodians at weekends and especially during religious festivals, the sprawling national park is full of activities, making it the perfect day trip for visitors to Siem Reap.

Entry is $20 (£16.11), with a 12km (seven mile) dirt track snaking through tropical jungle before reaching a focal point. From here, visitors can climb to the summit or hit the waterfall. The path to the peak passes the famous River of a Thousand Lingas, etched with carvings of Hindu gods and symbols, believed to date back to the reign of King Udayadityavarman II. 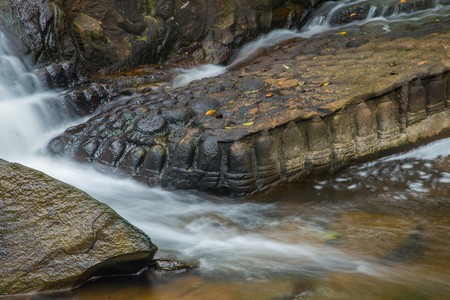 One of the carvings in the river of 1,000 lingas | © Pagnarith Sao/ Shutterstock

The river sits at the base of Wat Preah Ang Thom, a sacred temple and place of worship for Cambodians. Visitors are reminded to remain respectful, covering shoulders and knees, and removing shoes at the base of the steps.

As well as offering spectacular panoramic views of the surroundings, the wat also houses ancient scripts and a giant, reclining Buddha. The temple can only be accessed after 11am, with those wanting to come down having to wait until after noon. 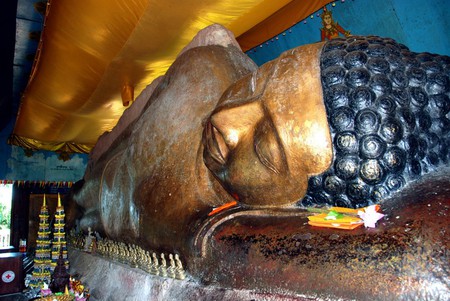 The waterfall, which had a cameo role in Lara Croft: Tomb Raider, gushes strongly during wet season and much less so throughout the dry months. It’s suitable for swimming, with many locals taking a dip after enjoying a picnic there. 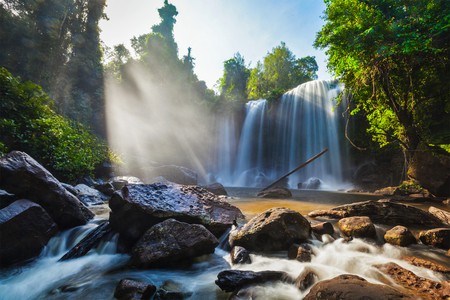 The ninth-century temple, Prasat Krau Romeas, can also be reached from the waterfall, with visitors permitted to wander around the ruins.

Plenty of day trips can be booked through the travel agents dotted throughout Siem Reap town, but expect inflated prices. Tuk-tuks cannot access the rugged and, at times, steep path, so many opt to hire a motorbike themselves or a motodop driver for the day.