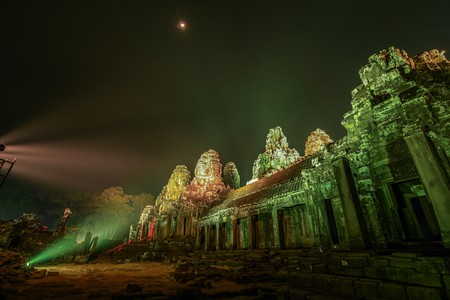 Khmer New Year is the most important celebration in the Cambodian calendar – and there are many. Here’s a brief history of its origins, how it is celebrated and what to expect if your holiday lands during the festivities. 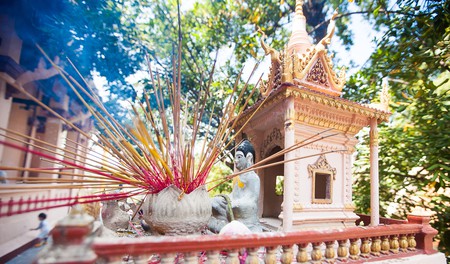 It’s impossible to miss Khmer New Year – Bon Chol Chhnam Thmei – wherever you may be in Cambodia. If it’s the capital, then expect most places to be closed, including restaurants, as Cambodians return to their families in the provinces to celebrate the occasion. If you are in the provinces, then get ready for some serious partying in true Cambodian style.

Marking the end of the harvest season and the start of a new year – and traditionally the time when the sizzling hot season starts to kick in – its date varies annually, but this year it runs from April 14 to 17. Note that the public holidays will continue until April 18.

If you happen to be in Cambodia, then plan ahead. Book transport and accommodation in advance as they fill up fast, and factor in the fact that in the capital most major attractions, museums, businesses and majority of restaurants will be closed. Expect hotel and transport prices to rise during this time too.

Siem Reap, on the other hand, is alive during Khmer New Year, with a three-day Angkor Sankranta event taking place at Angkor temples. This attracts crowds of Cambodians to watch a series of traditional games, such as rice cake-eating and competitions to make the largest sticky rice cake.

The countryside, however, is where the real action is to be found. Crowds of kids play games in the paddies, parties – usually groups of Cambodians dancing around a booming stereo clutching cans of Angkor beer – go on into the early hours, and there’s a real festive cheer in the air as many families reunite for the only time of the year.

The first day of Khmer New Year is called Moha Songkran. It is believed that on this day a new god or angel is appointed to protect throughout the coming year. To welcome him, people clean and decorate their houses, and wear new clothes. Offerings of fruits, incense sticks, lotus flowers and cans of coke are also left at the spirit houses that guard entrances. 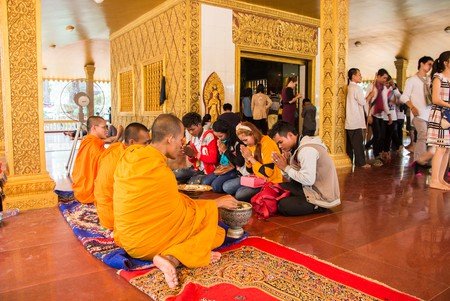 Day two is Wanabat – Day of Giving – when gifts are given to parents and elders. Children also receive new clothes and money, and used goods are donated to the poor. In the evening, visits are made to the pagoda to receive blessings from monks.

The third day is Tanai Lieang Saka, which means new beginning. Monks are visited in the morning for blessings, with colourful celebrations held in the afternoon – often spilling into the night.

Wherever you happen to be, Khmer New Year is a great time to be in Cambodia.