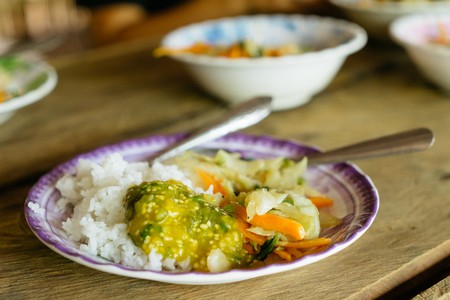 Recipes fit for a king, creepy crawly cuisine and pungent prahok; these are just a handful of the things that make Cambodian food special.

Cambodian food is making a comeback after the Khmer Rouge almost destroyed recipes that had been passed down through generations. The result is a tantalising array of dishes that span the culinary spectrum. From delicious coconut curries to pungent fish paste, here are seven things you need to know about the country’s delightful cuisine. 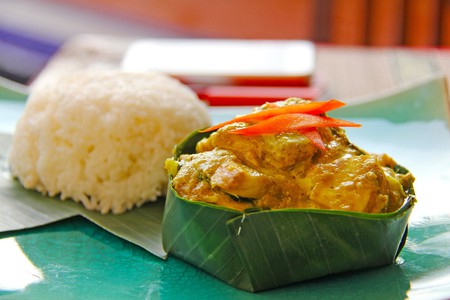 Cambodian cuisine is on the rise

Between 1975 and 1979, the Khmer Rouge regime ruled the country and the ensuing genocide saw an estimated quarter of the population perish. Along with this, many of the country’s traditions were almost lost, including recipes passed down orally through generations. Recent years have seen many of the dishes make a comeback, given a refreshing contemporary twist. Cambodian chef Luu Meng has headed the revival, travelling across the country to collect recipes that are unique to each province. Many of these are served in his restaurant Malis in Siem Reap and Phnom Penh. Dubbed Living Cambodian Cuisine, these include M’Chou smoked fish, a smoked fish soup with baby corn and fresh herbs, and Kampot rock crab red curry, which is hand-picked Kampot crab cooked in a crab broth with red chilies, red curry spices and coconut milk. 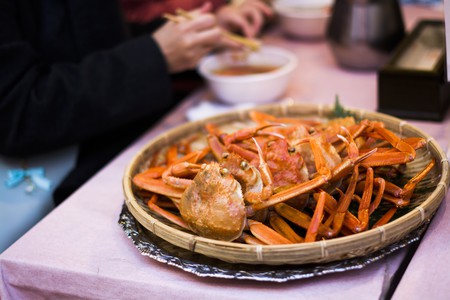 Many of Cambodia’s famous dishes were reserved for royalty

Cambodia has a raft of recipes that are reserved for royalty. These delicious dishes, packed full of the finest ingredients, were primarily served to those living in the royal palace and were richer and contained more meat than food eaten by the rest of the population. They also took in several courses. The starter natang – sticky rice served with minced pork, chilli and coconut milk – was commonly enjoyed by the king. Traditionally, food was split up into two other categories: elite and peasant. Elite dishes were served to the country’s officials and affluent population, such as barbecued meats. They were less complicated than royal food and comprised of lower quality meats and ingredients. Peasant food is made from easily accessible ingredients and is what is often today served as street food, such as broths. 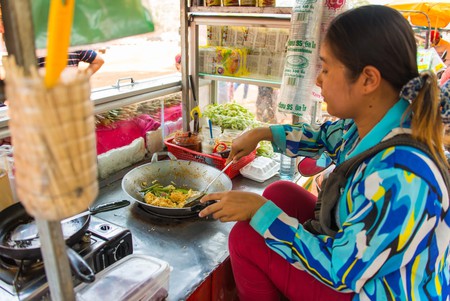 The best fast food in Cambodia comes in the form of street carts. | © Vassamon Anansukkasem / Shutterstock

Cambodian cuisine is not that spicy

Unlike the cuisine of neighbouring Thailand and Vietnam (which can really pack a spicy punch), Cambodian food is subtler with its spices. Sturdy ingredients include garlic, lemongrass, kaffir lime leaves, turmeric and galangal, which are usually pounded into a kroeung (paste) and commonly used in cooking. Many dishes are served alongside dips and sauces, where you can add extra spice if you like. These are usually in the form of chopped red chillies, garlic and soy sauce, or black pepper – preferably in the form of Kampot pepper – and squeezed fresh lime. 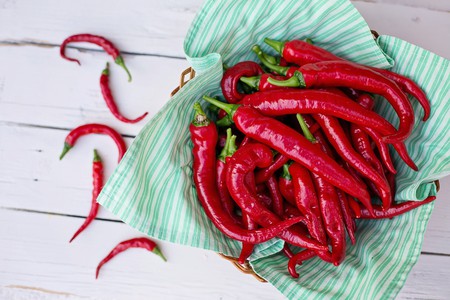 As the Marmite of Cambodia (you’ll love it or hate it), prahok features heavily in Khmer food and is adored by locals. The crushed, salted and fermented fish paste is commonly used to season dishes or is eaten as a main course. Be warned: prahok can be overwhelming for amateur eaters, as the pungent speciality has earned itself the nickname ‘Cambodian cheese’. Prahok was created as a way to preserve fish for when fresh stock ran dry, made by de-scaling fish that are then traditionally crushed in a basket by foot. Today, machines make this process easier. The paste is then left to dry in the sun for a day before being bottled.

Cambodians love their creepy crawlies. Deep-fried crickets, tarantulas and scorpions are local delicacies, with beetles, grubs and red ants also putting up an appearance in many dishes. Skuon in Kampong Cham province, about half-way between Siem Reap and Phnom Penh, is the spider capital, with tarantula catchers heading into the jungle to forage for the eight-legged critters. These are then tossed into vats of boiling oil and deep-fried with garlic and chillies and sold for about $1 each. Scorpions, crickets and other bugs can be bought from street food stalls along the capital’s riverside, or served in restaurants, including Romdeng in Phnom Penh and Bugs Café in Siem Reap. 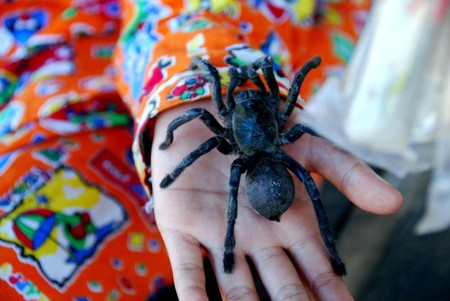 Rice, rice, rice – it’s a staple in local diets. Evidence of Cambodia’s love of rice can be found in the patchwork quilt of paddies that cover most of the country, coupled with the fact that “nyam bai” (the Khmer word for eating) translates literally as “eat rice”. Rice is served with the majority of meals eaten throughout the day, from the popular breakfast dish of bobor (rice porridge) and kuy teav (rice-noodle soup), to nom banh chok, which is made from thin rice noodles. The country also grows some pretty good rice, with its premium fragrant rice voted in the top three at last year’s global World Rice Conference. 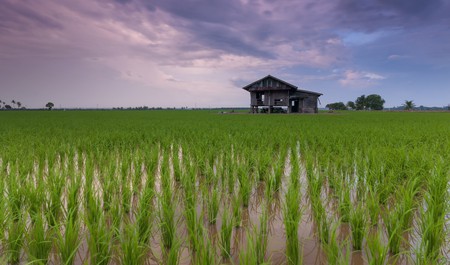 If the Brits like to talk about the weather, then Cambodians love to chat about food. This means that food is readily available throughout the day and night. Street food is the most commonly eaten form of food, with vendors pushing carts selling everything from snacks through to main meals. This means that whenever hunger strikes, food isn’t far away. The local markets are spilling over with all forms of local dishes, and streetside stalls are set up on pavements at breakfast, lunch and dinner time, when Cambodians gather to eat on the plastic tables and chairs that are set up. Pull up a pew, order some super-cheap food and get munching. 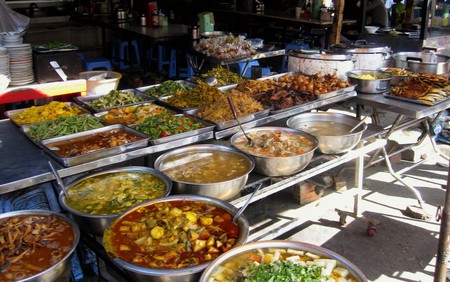