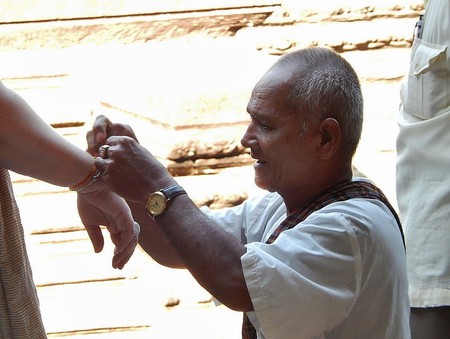 Scams are prevalent across the globe, and in Cambodia it’s no different. It pays to be alert to avoid tainted travel experiences. Here are 11 common scams to look out for.

You’re sat at a café or visiting a tourist attraction when you’re approached by a friendly local who asks where you’re from. When you tell them, they claim to have a relative who is gearing up to move to that country and would love to find out more. This is where the invite for dinner comes in. A gambling game will usually be going on as you arrive, which you will be invited to play – and, of course, lose. A harsher version of this sees visitors held at knife point if they refuse to play the game. 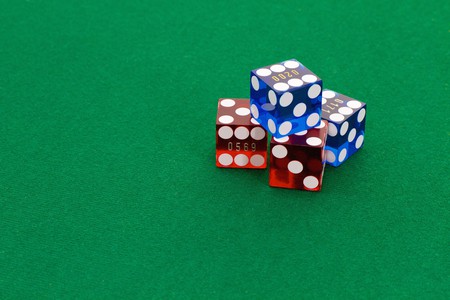 While efforts are being made to stamp out corruption across Cambodia, unfortunately there are some officials who have yet to clean up their act and often expect bribes at the borders before they will issue a visa (a one-month tourist visa on arrival is $30). However, another scam sees tourists approached by ‘officials’ as they head to the visa desk. They will be told additional paperwork, such as medical checks, are needed, which you will need to pay hefty fees for. These guys aren’t officials and additional paperwork is not needed.

Many travellers hire motorbikes in Cambodia, because it’s a cheap and easy way to get around. However, another common scam will see someone follow you for a few days before nicking the bike. This is done without raising suspicion since they will have a key to the bike lock provided by the rental place. You only have a few days left in the country – the rental place will have asked you when you leave – the police won’t find the bike, and you’ll be left forking out more than $1,000 to get your passport back. It pays well to go to a reliable bike rental shop or invest in your own padlock. 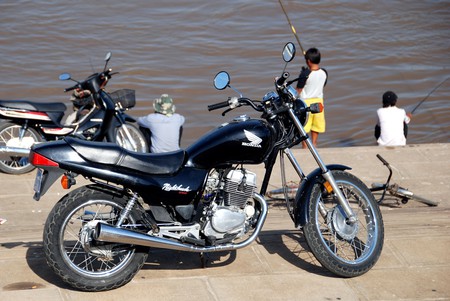 The take me home scam

This is aimed at men, and it doesn’t always have to involve prostitutes. It goes a little something like this: Guy meets nice local girl in a bar who takes an interest in him. He takes her home expecting a night of fun but instead is drugged and robbed of everything in his room. The easy way to avoid this is to not take girls back to your hotel room.

Another common con is locals pretending to be police officers, stopping tourists and demanding they hand over their passports. As soon as they’ve got them, they will demand a ‘fine’ to return it. It’s probably not a good idea to walk around with your passport anyway, thanks to the bag snatching that is rife across the capital and other tourist hubs. Carry a photocopy instead. If you are stopped, ask to see their I.D. and be taken to the police station before handing anything over. 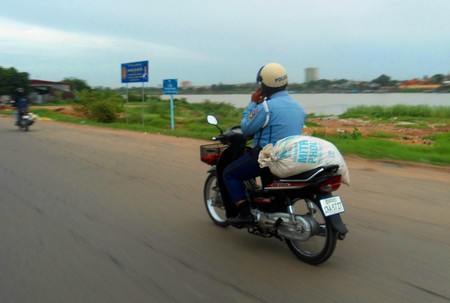 So, you’re staying in a guesthouse with a load of other backpackers, spending your days exploring the country and evenings kicking back for a few beers with your newly found fellow travelling friends. The con artists here is one of your new ‘friends’, who, after forging a pretty firm friendship with you will one day claim their bag containing all their valuables – passport, visa cards, cash – has been stolen. Then you’ll be asked to hand over a hefty sum of money, which they will pay back once they have contacted their embassy. Of course, you’ll never see the money again so it’s best to pretend you’ve run out of cash or offer to accompany them to the embassy.

Seasoned travellers should know not to give to begging children, but buying a bit of food might be ok, right? Wrong. Here, you’ll be approached by a poor mother or child who asks if you can buy some milk. They’ll take you to a store – where the owner is in on the scam – and you’ll end up paying ten times the price. As soon as you’ve disappeared, the milk will be returned to the store and the profits shared. 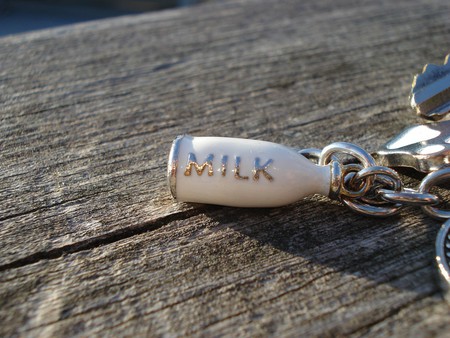 Tourists are commonly targeted by traffic police looking to boost their meagre wages. While this isn’t a scam as such it’s corruption that can be avoided. The simplest way is to not break the law: Wear a helmet, make sure your lights are working and stick to the rules of the road – yes, they do exist. Tourists are often pulled over by these police who will come up with a multitude of reasons to fine you. The actual fine is a couple of dollars, but they will demand much more. Ask to be taken to a police station if this happens, and, more often than not, they’ll let you off.

Tourists will often be approached by tuk tuk drivers and other touts trying to sell weed and other drugs. While many will do just that, ripping you off in the process, a few will make your lives hell. They’ll ask you to come around the corner or to a secluded spot where a policeman will be hiding. As soon as the deal is done, he will appear and attempt to arrest you. Of course, you can pay your way out of being sent to the cells, but it will cost you. 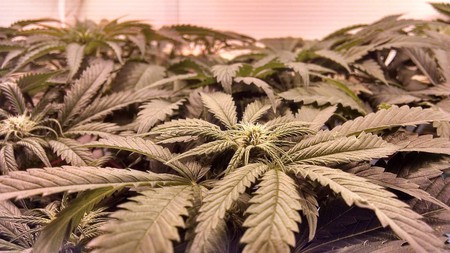 This is a particularly nasty scam and again is aimed at men. Similar to the ‘take me home scam’, this involves a seemingly sweet and attractive girl paying interest in a tourist. She’ll spend a few days with him, pandering to his every need. Then she’ll turn up with a mob of angry males, crying and claiming she has been raped. Of course, the crime will soon be forgotten if the tourist pays the price.

This is another common scam carried out at the riverside in Phnom Penh and Pub Street in Siem Reap. Con artists dressed as monks will approach you and try and sell you bracelets and other goods. They are not monks, and your hard-earned cash is going straight into the pockets of criminal gangs. This is easy to avoid since you won’t find a genuine monk selling wares to tourists or anyone else. 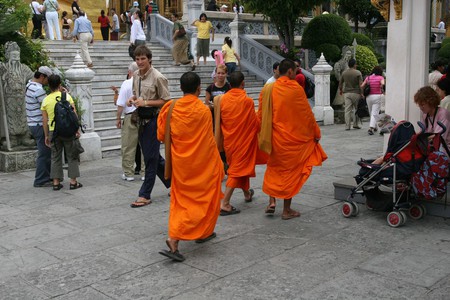