10 Inspirational Cambodian Women You Should Know 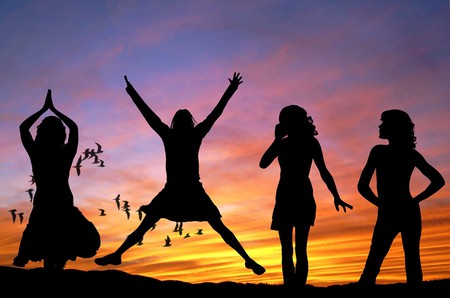 Up until recently the Chbab Srei – a code of conduct on how women should behave – was taught in schools across Cambodia, citing women should stay at home, be quiet and sweet and respect their husband (regardless of his behaviour).

However, female empowerment is on the rise as a series of women break away from tradition to carve better paths for future generations.

Fashion designer Vannary San is one woman on a mission to revive and promote Cambodia’s silk heritage across the world, while helping to elevate communities out of poverty. Once famous for its golden silk, Cambodia’s tradition teetered on the brink of extinction after the Khmer Rouge killed the majority of artisans. However, Vannary has spent the last decade tirelessly working to revive the ancient art to create an ethical form of the fabric, employing those in impoverished communities. As well as breathing new life into silk through her boutique Lotus Silk, she provides a sustainable form of income, pays fair wages and offers fair working conditions to her fellow countrymen and women. San is one of the country’s leading female entrepreneurs, and encourages other women to follow their dreams.

Kounila Keo was one of Cambodia’s first bloggers and digital pioneers, launching Blue Lady Blog in 2007 as a platform to openly talk about issues in the country. Since then, the 30-year-old has worked as a correspondent for a swathe of international media, including the LA Times and The Independent. Keo spearheaded a BBC multimedia project, has taken to the TEDx stage several times and in 2017 was crowned one of Forbes’ 30 Under 30s. On top of that, she champions female rights in Cambodia, and runs her own successful company offering PR, communication strategies and digital marketing.

DJ Nana (Sovathana Neang) is another lady who doesn’t mince her words. The outspoken radio DJ and TV personality has captured the imagination of young Cambodians with her agony aunt-style radio show and firm Facebook following. Her radio shows give young Cambodians the chance to talk about issues that are considered taboo, such as relationship advice, sex before marriage and family troubles. She also tackles more serious issues including domestic violence and sexual abuse – topics that often result in a kick-back from many Cambodians. Neang also offers advice to other youngsters through her DJ Nana Tips Facebook page, where she posts tips and comments, and engages with her strong audience comprised of Cambodians both locally and living abroad.

Sophiline Cheam Shapiro was eight-years-old when her world was torn apart by the Khmer Rouge. Growing up under the regime, the aspiring dancer’s only escape was to close her eyes and transport herself into another world where apsaras enchant with their graceful movements. Under the Pol Pot-led regime, all creatives, including apsara dancers, were killed. After the Khmer Rouge were ousted, Sophiline attended the Royal University of Fine Arts in Phnom Penh, studying dance. In 1991, she married American John Shapiro and then moved to California, where she taught dance. The couple went on to found Khmer Arts Academy in Long Beach, working to promote and preserve Cambodian arts and culture. In 2006, she returned to Cambodia and set up Sophiline Arts Ensemble, creating a new form of Cambodian contemporary dance. Her troupe has travelled the globe, landing a clutch of awards along the way.

Standing as a symbol of peace activism in Cambodia, Vanny Tep is currently serving a jail sentence for daring to defend her community. Across a decade, Vanny spearheaded many peaceful protests against the government and private companies when they announced plans to fill in Phnom Penh’s Boeung Kak Lake to pave the way for luxury developments. Under the controversial move, the communities who called the area home were evicted. Rallying the community together, Vanny headed several demonstrations. She was arrested in 2013 after a protest outside Prime Minister Hun Sen’s house. In February 2017, she was handed a two-and-half year jail sentence for “international violence with aggravating circumstances”. After several appeal attempts, the Supreme Court upheld the sentence in February.

Known affectionately as Tana, Rachana Chhoeurng has been championing Cambodia’s LGBT community since coming out as a lesbian almost six years ago. With discrimination against the community rampant across the country, especially in the provinces, Tana knows all too well the prejudice faced. The staunch activist now works with human rights group CamASEAN to tackle common issues the LGBT community face, such as forced marriage, psychological abuse and access to medical services, especially for the transgender community.

As the national coordinator of Cambodian Young Women’s Empowerment Network (CYWEN), Noy Chhorvin is constantly promoting gender equality throughout her homeland. Fed up of hearing lessons from the Chbab Srei and other Khmer proverbs, such as: “Men are gold and women are white clothes”, or “Housework is the work of women”, she formed the voluntary organisation. The alliance of young women launched in 2010 and has been actively working within communities to challenge stereotypes. The voluntary organisation set its agenda to focus on three main issues which plague the country: gender-based violence, education and labour rights.

In 1997, Thida Khus launched NGO Silaka as an organisation dedicated to encouraging and supporting female participation in politics, while also promoting gender equality. In 2006, she became Secretary General for the Committee to Promote Women in Politics in Cambodia, continuing to advocate for women to be involved in politics and the country’s decision-making process. Her commitment to the cause has gone unwavered.

In 2017, Thavry Thon released her book, A Proper Woman. In it, the 28-year-old describes the struggles of young Cambodian females growing up in a man’s world through three generations: herself, her mother and her grandmother. Representative of the lives of many women in the Kingdom, the book deals with issues such as arranged marriage, the role of the female at home and in business, and the daily struggles many females face. Thavry hopes the book will inspire Cambodian women both young and old.