11 Cambodian Contemporary Artists You Should Know 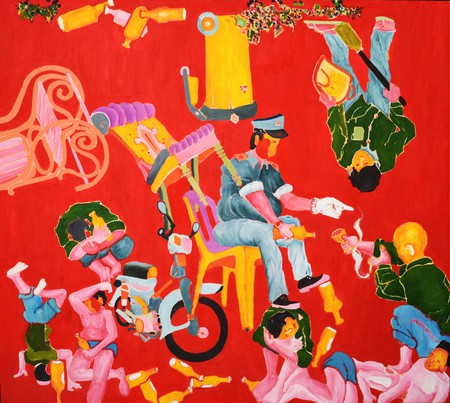 Cambodia’s art scene is steering well away from the traditional paintings of Angkor Wat and rural countryside, as a wave of contemporary artists emerge. Here are 11 artists who are shaping the industry in Cambodia.

Born in 1969 in Kandal province, Sothy Chhim is one of the country’s leading artists. Having spent a decade studying at Phnom Penh’s Royal University of Fine Arts – where he now teaches – he mastered traditional Khmer painting. However, he has since moved into abstract and contemporary art, with his work featuring in exhibitions across the globe, including Singapore, France and America. His work is characterised by his diverse use of styles, which focus on social issues and Buddhism. 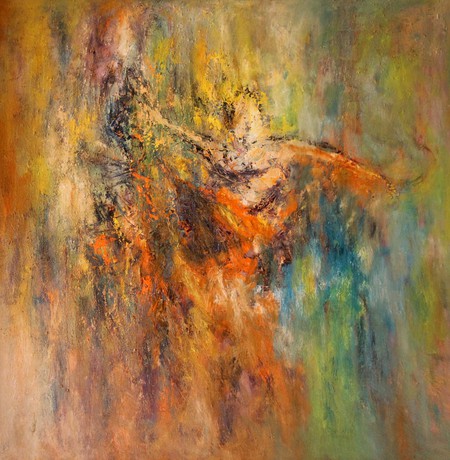 A stalwart of the contemporary art scene, Em Riem dares to be different. Originally from Kandal province, he studied at the Royal University of Fine Arts in Phnom Penh and then at France’s School of Fine Arts in Saint-Etienne, and Higher National School of Decorative Arts of Paris. The multi-disciplinary artist’s fashion sense is as loud as some of his work and he has also mastered sculpture, ceramics, and interior and fashion design. He works with a range of materials, from rattan sofas to portraits of Khmer Rouge victims and acrylic paintings of rural Cambodia. He has his own gallery, X-em Galerie.

Sokhorn Meas trained as an interior designer at the Royal University of Fine Arts in Phnom Penh, but fine art has always been at the forefront of his mind. After graduating, he started experimenting with sculpture, painting and staging live performances. In 2006, he held his debut solo exhibition at Phnom Penh’s Java Creative Café, launching his career as a full-time artist. Drawing inspiration from his surroundings, Sokhorn is not afraid to tackle social issues rife in his homeland. He is famous for his use of waste materials and objects, such as barbed wire, rotting wood and plastic.

Dina Chhan is one of Cambodia’s only female sculptors and leading painters. As a youngster she harboured an early passion for the arts, using the monsoon-soaked ground that turned to clay, to carve toy buffalos and dolls. Chhan uses her art to address topics such as wildlife, nature, and social issues in Cambodia, making use of bold colours that are her signature. Her passion for creativity has led to her teaching art to children and teenagers in several of the capital’s orphanages and international schools. Born in a refugee camp on the Thai border in the wake of the Khmer Rouge, Dina has also used her work to work raise awareness of Cambodia’s hidden landmines – which cause a huge issue to this day and litter many areas of the border. She was the only female Cambodian artist to take part in the UN Mine Action Gateway, where she visited mine-affected provinces to see how Cambodia is tackling explosives, and presented her interpretation of the issues through sculpture. 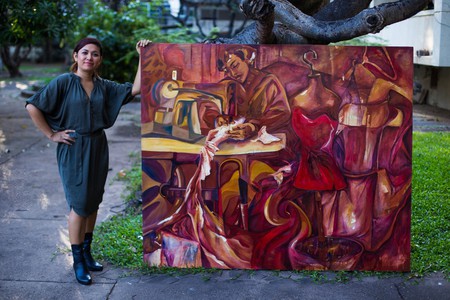 Dina Chhan with one of her artworks that featured in 'Market – Disoriented', a collaborative exhibition with Takakazu Yamada. | © Dina Chhan

The wispy ethereal apsaras that delicately float in Teang Borin’s paintings feature on the walls of many of the capital’s restaurants, bars and cafes, and on the walls of many residents’ homes. Affectionately known as Din, Borin would sit on the dusty tracks in his Kampot village as a child and trace drawings into the ground with a stick. Growing up, he developed an interest in all things creative, from painting to interior design. In 2000, he moved to Phnom Penh to study architecture, and it was during this five-year course that he became fascinated with apsara dancers, who enchanted audiences with their graceful gestures. He created a stunning series of abstract paintings of the performers, which caught the eyes of those in the art scene. In 2015, he opened DinArt in Phnom Penh.

Sareth Svay is one of the founding fathers of Cambodia’s contemporary art movement. Born in 1972 in Battambang, he started making art as a teenager living at the Site Two refugee camp near the Thai border. Drawing and painting became his daily escape from the violence he witnessed growing up under the Khmer Rouge regime. Inspired by NGOs using art therapy in the camps, Sareth and a group of pals pledged to play their part in helping their country heal once they returned to their homeland. In 1994, Sareth co-founded Phare Ponleu Selpak, an NGO and art school in Battambang that is behind popular attraction Phare, the Cambodian Circus. Sareth’s range of sculptures and installations are made using materials and processes associated with war, such as metals, uniforms and camouflage. In 2016, he scooped the top prize at Singapore’s Prudential Eye Awards and secured a show at London’s prestigious Saatchi Gallery the following year.

David Myers, known on the streets as Davido, is on his way to becoming one of the country’s most prominent urban artists. Making his first proper public outing at the inaugural Cambodia Urban Art Festival in 2015, Davido’s striking work is inspired by Picasso and the cubism art movement. It heavily features animals created using bold, colourful geometric shapes. Davido is mostly self-taught, learning his skills from YouTube. In 2016, some of his work was displayed in an exhibit in France.

Sophorn Chan was born in Prey Veng province in 1984 with a passion for art. His desire to create saw him secure a master’s degree in South Korea, majoring in art. With Khmer culture and arts almost wiped out by the Khmer Rouge, Sophorn has made it his mission to revive the ancient artforms that the country was once famous for. One of his many artistic skills is lacquer, which has formed part of the country’s heritage since the Angkor period.

Painter Nov Cheanick was born in 1989 at Site Two refugee camp in Thailand, and is one of Cambodia’s foremost emerging artists. Influenced by meditation and the breathing cycle as a tool for greater awareness, Nov explores the undefined boundaries of perception through his work. During his education, he was drawn away from the realms of realism and towards abstract art, seeking less control and predictability, abandoning the brush completely in favour of painting with a traditional wooden broom. Over the years, his references and images have become increasingly abstract. Cheanick’s latest solo exhibition, Cycle, at Rosewood Phnom Penh, surveys a decade of the artist’s work, from early figurative drawing to recent abstract paintings. 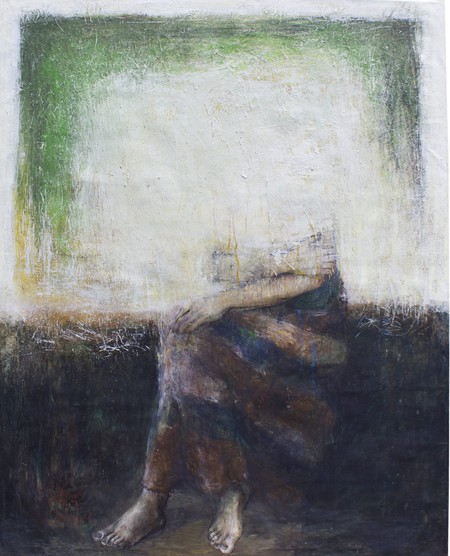 As another of Phare Ponleu Selpak’s founders, Vutha Tor is a well-respected contemporary artist in Cambodia. Having also spent his childhood at the Site Two camp, he attended drawing classes there as a form of art therapy. He went on to study visual arts, moving to Thailand to gain more experience before returning to Battambang after four years. There, he became a teacher, later spending a year in France to strengthen his artistic skills before co-founding Phare. Today, he continues to teach art at Phare, also creating his own expressive pieces, which are shown across the globe.

This talented visual artist graduated in interior design from the Royal University of Fine Arts in 2008, and has since made a name for herself with a series of installations. In 2012, Kanitha took part in the Cambodian Youth Arts Festival, exploring the relations between tradition and the contemporary world. Her work incorporates sculptures and installations that explore the relationship between her personal experiences and the environment, with a slant on the country’s rapidly changing landscape. 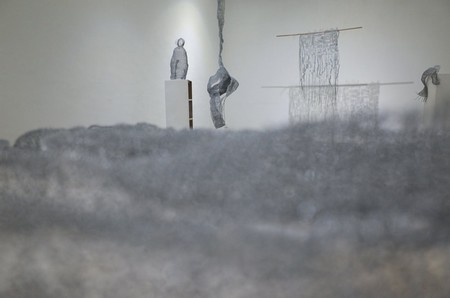