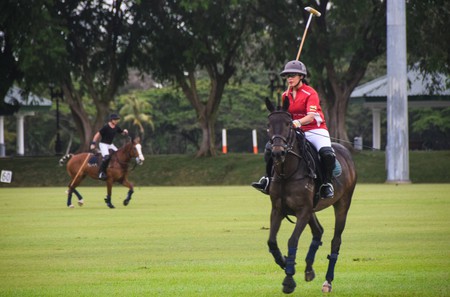 Brunei has a love affair with polo, but only when it comes to men. Across the nation, there is only one woman who plays the game – Princess Azemah Bolkiah. Culture Trip sat down with her to discuss the influence that she hopes to have on female sport in her country.

Sipping from a mate gourd after an intense evening training match, Azemah cannot wipe the grin off her face, despite the obvious exhaustion. The daughter of Sultan Hassanal Bolkiah of Brunei Darussalam and his second wife, Mariam Aziz, Azemah has continued the family’s love of polo, playing globally and helping Brunei take bronze at the 2017 Southeast Asian (SEA) Games.

‘God, I love polo,’ she says with a laugh, her monogrammed helmet and leather boots discarded next to her. ‘I think it runs in the family; we all love horses.’ 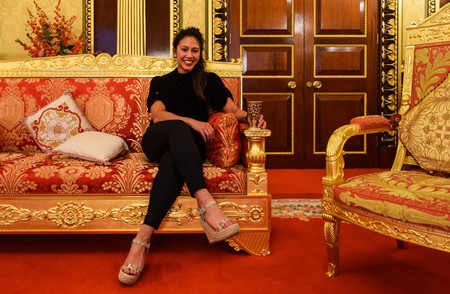 While polo globally has a large number of female players, in Brunei it is almost exclusively a male affair – something Azemah has set her sights on changing.

‘Brunei is moving in a positive direction in terms of gender equality, but more needs to be done in leadership roles. We need more women playing. I mean, at the moment, I am the only one,’ she admits the next day, sitting in the palace she shares with a number of siblings and relatives. Original paintings by Degas and Van Gogh, along with framed photographs of her father with various world leaders cover every flat surface.

Despite being surrounded by polo all her life – the sultan and his brother Prince Jefri are still avid players at 71 and 63 respectively – Azemah didn’t take up polo until her studies were complete. ‘I actually thought it would be easier than it was, but I enjoyed it enough to come back for the next lesson, and now I can’t imagine not playing.’

The demands of international-level polo mean that Azemah has a personal trainer for the near-daily training matches at the Royal Brunei Polo Club, where more than 200 horses are stabled next to the three competition-sized fields. A new delivery of polo horses from Argentina will arrive soon, while some of the older horses will be retired to the paddocks.

‘It is a lot of work keeping the horses healthy and exercised,’ explains stable manager Zul, as horses thunder past during a training match in front of us. ‘We have more than 50 staff in various roles, a vet from Argentina, and when there are international tournaments to attend, we have to get all the match horses onto the plane – we had about 45 horses for the SEA Games in Malaysia.’ 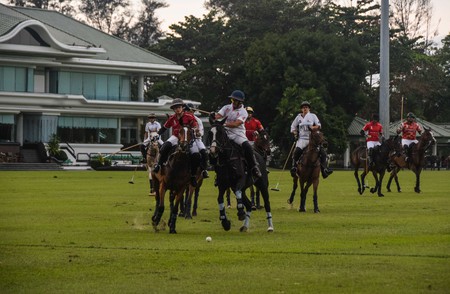 Horses are switched out regularly throughout games to ensure riders have fresh mounts, rather like line changes in ice hockey, which contributes to the large costs of equipping and running a polo team.

None of which is a problem for the Brunei royal family. Azemah’s father was once the world’s richest man in the world, due to the rich oil and natural gas deposits of the tiny country on the northern shore of Borneo.

‘The background of polo in Brunei is obviously my father, who oversees the whole thing, and a British cavalry officer stationed here really kick-started the whole programme with him in the 1980s,’ Azemah explains.

In the 1990s, Brunei would host numerous high-profile international polo tournaments featuring teams from across the world, and plenty of female Argentinian players.

‘I wish I had started playing earlier, as that would have given me the upper hand now. I play against people who have played since they were children, and they just have such control on the horse,’ she laments.

Despite the relative lack of experience, Azemah has adapted her childhood showjumping skills for the polo field, regularly flying to tournaments around the world and learning from other female players at every opportunity.

‘There are lots of female players in the UK for example. Whenever I go to tournaments, Marianela Castagnola comes with me, and she is one of the best women playing in the world,’ she says, with evident pride. 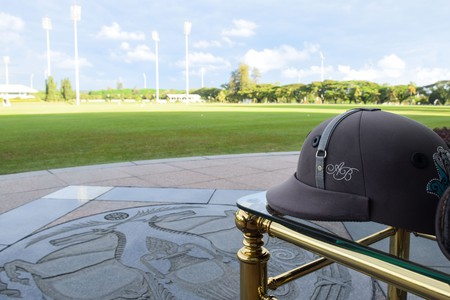 Given the cost and logistical practicalities of hosting polo tournaments, it is unclear if the next SEA Games in the Philippines will feature polo, but the motivation would be an important way to encourage young people in Brunei to take up the sport. This is especially important given Brunei’s battle with childhood obesity, which the country’s health ministry described as an epidemic earlier this year.

‘I think every little bit helps in terms of exercise and watching your weight, and I think the new generation gets it, but I would like to see the health ministry play a bigger role, nutrition wise.’ she notes.

For Azemah, the key to boosting female participation in sport is through female role models and exposure to top-level competition. ‘A lot of work needs to be done for youth sport here, and things like exchange programmes would really help people gain exposure to people, culture and competition abroad. I have such a passion for sports; I want to see things develop here – I want to be involved,” she stressed.

‘As the only Brunei player most will see, a number of girls have said to me: “I want to play like you”, which is fantastic,’ she adds. ‘I hope they do!’