How to Navigate Transport in Brunei 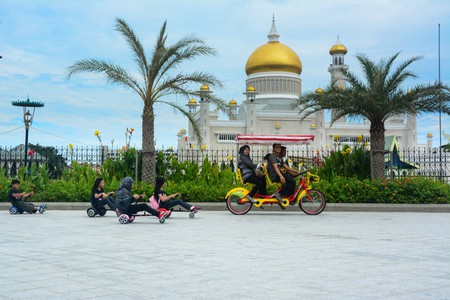 Brunei lacks trains, has only a handful of taxis and is small enough to drive across in a few hours. Culture Trip explains the best ways to get around Brunei using the bus, boats and how to reach the more remote attractions.

The cheapest way to get around Brunei is by bus. Long-distance and city buses depart from Bandar Seri Begawan terminal on Jalan Cator. This is where to catch the ones heading to Muara Beach, Jerudong theme park and Seria (Brunei’s Billionth Barrel Monument). Other routes pass from Malaysian Sarawak and Sabah into Brunei along the Pan Borneo Highway. If you want to travel to Miri, we recommend the fully air-conditioned and relatively comfortable PHLS Express (journey takes approximately four hours).

Finding exact schedules online can be challenging. Visit Jalan Cator’s bus terminal the day before you want to travel. Ask about tomorrow’s departure times and fares. You might need to ask several people before getting the right information. Most Bruneians understand some English. But if not, just say ‘jam berapa bas ke X esok?’ This translates as what time is the bus to X tomorrow (where X is your destination). 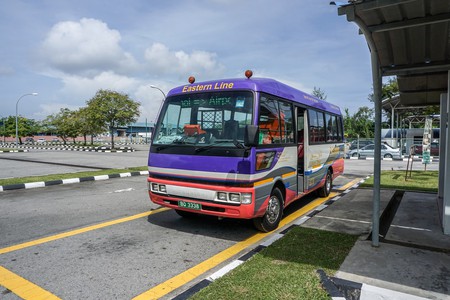 Stand on the Brunei River’s Waterfront and you’ll see swarms of boats passing between the capital and the floating village. Boats, known locally as water taxis, are some of the more popular modes of public transport in Bandar Seri Begawan. Some water taxis double up as a tour guide taking passengers out onto the Brunei River. For longer distances, boats become a convenient way to pass between the Sultanate’s two separated regions. Following a route from Bandar Seri Begawan out into the Brunei Bay, it’s the easiest way to access Labu Forest Reserve. And it avoids exiting Brunei and entering Malaysia which could cause visa complications.

If you want to use water taxis in Bandar Seri Begawan, stroll along the Waterfront and they’ll approach you. Negotiate a fare for either a short journey or a tour of Kampong Ayer. Typical journeys cost B$1 ($0.65 USD) for a quick trip up to B$30 ($20 USD) and higher for a cruise around the world’s largest stilted village. Negotiate down approximately 10% of their asking price. If you want to take the boat further afield, it’s better to arrange a tour. 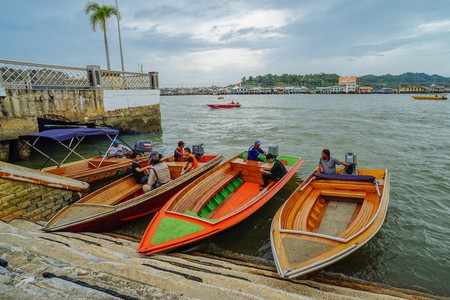 The most convenient way to get around Brunei is to rent a car. Road conditions meet international standards and the Sultanate has some of the world’s lowest fuel prices. Apart from the obvious flexibility, a vehicle allows you to visit the more difficult-to-reach attractions. We recommend Tasek Merimbun Lake and Andulau Forest Reserve. Visitors can hire a car at Brunei International Airport or through their hotel. Be aware that some companies have age restrictions and only rent to those between 23 and 65.

Because of their rock-bottom fuel prices, travelling out of Brunei into Malaysia can sometimes pose challenges. Double check before signing any contracts if you can drive out of Brunei. And if so, that they provide all the necessary documents.

Other ways to get around Brunei

Alternative ways to get around Brunei include hiring a taxi, a private driver or joining a tour. Brunei only has a handful of active cabs and they’re expensive (think Singaporean prices). We recommend getting the number of a driver from your hotel and using it in Bandar Seri Begawan for emergencies such as missing the last bus. If you want to see more of the Sultanate with a guide, find a private driver. Speak to your hotel for recommendations or search online for companies. Ulu Temburong National Park rates as one of the top attractions in Brunei. But unless you’re a scientist with a special permit, the only way to visit is by joining a tour. The journey involves two short bus trips and two boat rides including one on a traditional long boat. 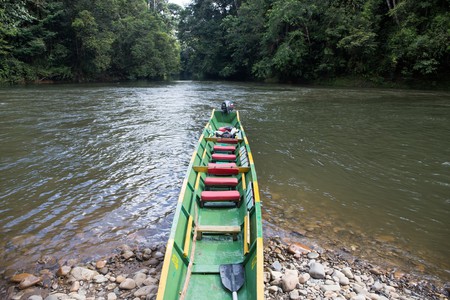 Brunei gets few tourists and it’s among the least-visited countries in the world. Add in their almost bottomless oil reserves and high standard of living, and developing a tourism industry just isn’t a top priority. For visitors, this creates frustrations to find reliable information about tours. Your best bet is to give yourself a couple of weeks to make enquiries to find a driver or the right tour group rather than turning up and hoping for the best. 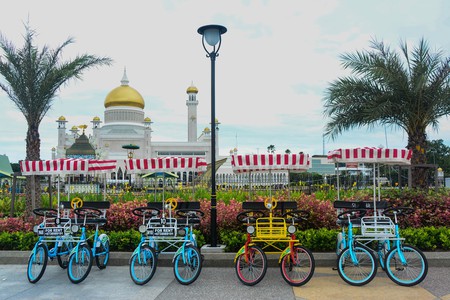 Why not hire one of these for a fun way to get around Bandar Seri Begawan? | © Surie / Shutterstock
Give us feedback