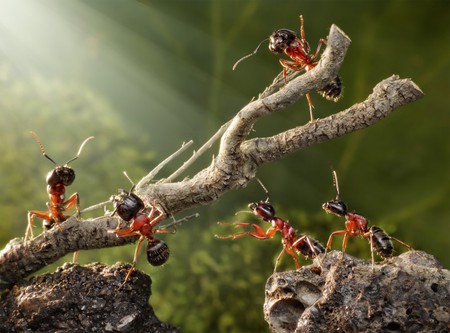 Chemical warfare and suicidal attacks in Borneo are hitting theheadlines around the globe. But this time it’s happening high in the jungle canopies and involves an unusual species of ant.

The scientific community has known of the existence of exploding ants for 200 years.Researchers documented the first in 1916, but no new species hasbeen found for over 80 years.An international research team at Brunei’s Kuala Belalong Field Studies Centre in Ulu Temburong National Park is shedding light on these mysterious ants, aptly named Colobopsisexplodens.

The exploding ants in Borneo, also believed to live in West Malaysia and Thailand, were observed nesting high in dipterocarp tree canopies. Sterile females make up the abundant minor workers;Minors leave the nest to forage in the canopy and forest floor. It’s these tiny, reddish coloured workers who instinctively commit suicide to protect the thousands of others inside their nest. 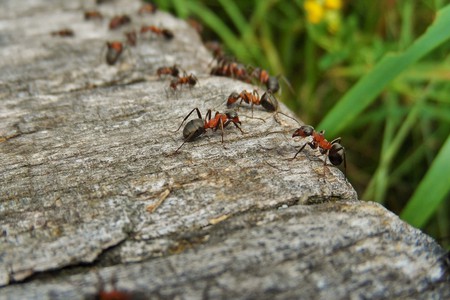 Detonation of the kamikaze ants

Rainforests burst with predators andthreats towards exploding ants in Borneo. Bulkier majors with oversized heads act as the muscle, and unlike minors, rarely leave the nest. Researchers observed one to six ants continuously guarding the nest’s entrance. They monitor which ants come and go by touching antennae in the same way as bouncers scrutinise revellers at the door of an exclusive nightclub.

But all hell breaks loose whenintruders, such as weaver ants, come too close in an elegantly orchestrated attack. The sterile minor workersexplodeand release a toxic goo while their brothers stop anything getting inside until the threat dissipates.

Biologically, minor ants have internal granular sacs filled with a bright yellow sticky fluid. After encountering a threat, the ant jumps and latches onto the victim before positioning itself to propel the toxin-enriched goo. Exploding ants don’t explode literally. Instead, the contents ooze out like squeezing toothpaste out of a tube as its internal organs rupture. And rather than decapitation of the enemy, the goo either slowly poisons, or at the leastmakesitflee. Scientists are currently examining the molecular and chemical constituents of thisfluid, which according to expert entomologist Alice Laciny has a distinct smell “strangely reminiscent of curry”.

Suicide in the animal and insect kingdoms

Humans didn’t invent the concept of suicide attacks. Honey bees perish after stinging, andcertain types of termite explode to protect their colony. Sacrificing oneself to protect the masses makes evolutionary sense. In fact, altruistic suicide isn’t particularly uncommon in insect colonies; the scientific term is autothysis. Sterile females can only forage and can’t reproduce. Therefore, they do their part by helping ward off predators. 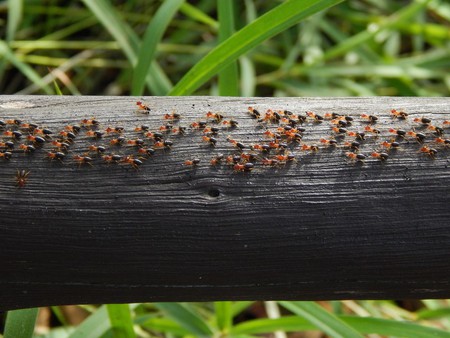 The ants explode to protect the colony from intruders | © Mrs.Narawan Artayakul / Shutterstock

Scientists discovered C. explodensand published descriptions of their appearance and behaviour in zoological journal Zookeys. Researchers hope to use this species as a model to study other exploding ants in Borneo and Southeast Asia.

On the surface, it might not appear anything more than a quirky discovery. But dig a little deeper and this might be much more important than making a few people smile. Current estimates suggestmore than 75% of the world’s flora and fauna remain unseen and undiscovered. And a sizeable proportion live in Borneo’s jungle.

If more people knew of the weird and wonderful creatures, not to mention the potential medicinal value of the plants, which are just waiting to be shown to the world, perhaps more people would think twice about harming the environment. We certainly hope so.