Bringing Bruneian Art To The World

With a population of just over 400,000, the tiny country of Brunei is keen to make the presence of its burgeoning arts scene felt internationally, and the Brunei Gallery in London is committed to promoting artists from this region of the world. 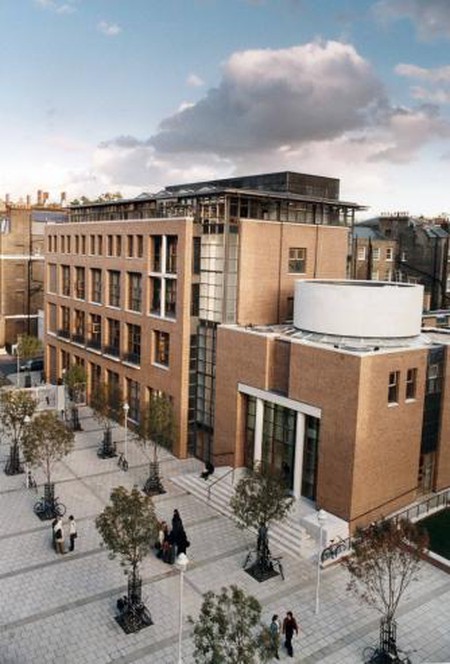 The Brunei Gallery, situated in central London, was established in 1995 as the result of a generous benefaction from HM the Sultan of Brunei Darussalam. Though the gallery is inextricably linked to Brunei, the focus of the gallery is also to give exposure to art, both traditional and modern, from Asia, Africa and the Middle East. The design of the gallery itself reflects its global outlook, with a rooftop Japanese-style garden that serves the dual purpose of hosting cultural events and acting as a serene space for visitors. Previous exhibitions have covered subjects as diverse as paintings by the survivors of the Hiroshima bomb and their descendants, to artwork by members of the Tribal Women’s Artist Collective from North Central India. The gallery also contains several valuable objects in its permanent collection, such as lavishly illustrated Islamic manuscripts, including a Mughal copy of the Anvar-i Suhayli, a 16th-century book of animal fables.

The move towards showcasing Bruneian art to the world can increasingly be felt, with the Russian ambassador to Brunei recently remarking that works of Bruneian artists deserve to be seen in the international market to help the world to know more about the Sultanate. The Brunei Arts Forum is a locally-based collective of Bruneian artists and has been instrumental in the development of the Bruneian arts scene at home and abroad.

Its mission statement emphasises the need to encourage and nurture the next generation of Bruneian artists: ‘The BAF aspires to elevate the status and importance of art in the Bruneian society and to make art more accessible to the public, encouraging a wider appreciation and interest in the field of arts and creativity. It also hopes to reach out to young people with fresh perspectives, who are seeking opportunities in the arts, and give them a chance to explore the field and contribute to the art scene, and perhaps in the near future, a burgeoning art industry.”

With several international art collaborations in the works, such as an inaugural UK-Brunei art competition, Bruneian art is gradually carving a name for itself globally.