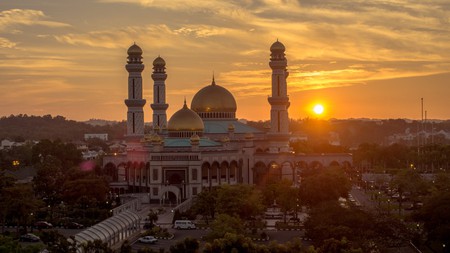 Brunei is officially one of the least-visited countries in the world. The tiny sultanate on Borneo offers extravagant mosques, sprawling floating villages and a slice of the jungle near the capital. Here are our favourite attractions in Bandar Seri Begawan for photographs, culture and sunsets. 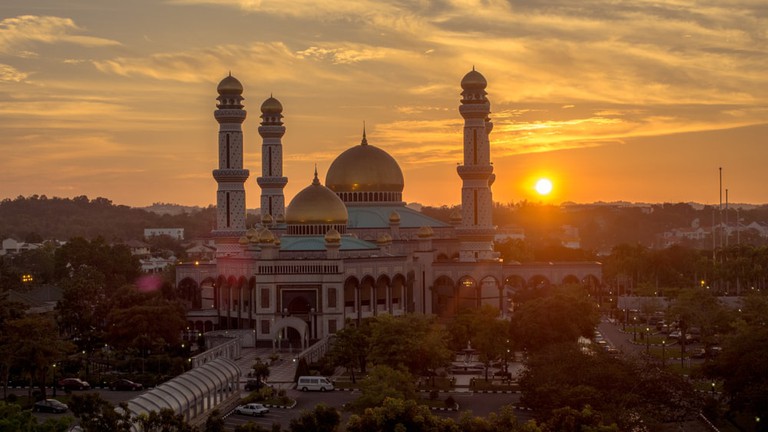 Brunei’s national mosque consistently features among the top attractions in Bandar Seri Begawan. Apart from its prime location on the Waterfront, the Omar Ali has a reflection pool and ceremonial royal barge. The artificial lagoon creates mirror images of the opulent structure. Stop by the mosque after strolling along the Waterfront and visiting Kampong Ayer.

See the largest mosque in Brunei

Mosque
Facebook
Email
Twitter
Pinterest
Copy link
Share
Map View
Brunei’s largest mosque is a short drive from the city centre. With a total of 29 golden domes and 52-metre (190-foot) minarets soaring into the sky, the scale takes your breath away. A whopping 5,000 people can pray inside at any one time. The Sultan even has his own private elevator. We suggest visiting during the day for photographs and in the evening to see it bathed in light.
Open In Google Maps
Simpang 127, Kampong Kiarong Bandar Seri Begawan, Daerah Brunei-Muara, Brunei Darussalam
Give us feedback

Learn about Brunei’s past at the Brunei Museum 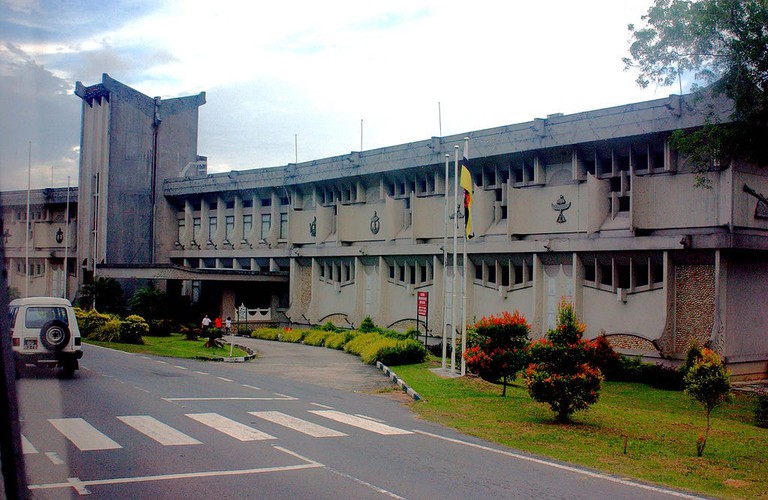 Travellers looking to learn more about Brunei should visit the Brunei Museum. Located approximately 4.5 kilometres (2.8 miles) from central Bandar Seri Begawan, it houses several exhibits on Bruneian culture. Other sections cover natural history, Islamic art and the colonial influences on the modern-day Sultanate. Admission is free. We recommend any visitor interested in understanding Brunei to visit the country’s largest museum. Be aware that as of 2018, Brunei Museum is undergoing renovation and it pays to check to see if it’s open before visiting.

Stroll over a mini-city on stilts

Kampong Ayer holds many titles in Brunei’s capital. But the most alluring feature of this ‘floating village’ is its sheer size. With a total of 13,000 permanent residents living in 40 separate villages, this is the world’s largest stilted-settlement. Rickety wooden boardwalks connect the villages and their houses, mosques and shops. Regular ferries pass between the Waterfront and the centuries-old floating village. If money isn’t an issue, we suggest taking a boat tour around the number one must-visit attraction in Bandar Seri Begawan. 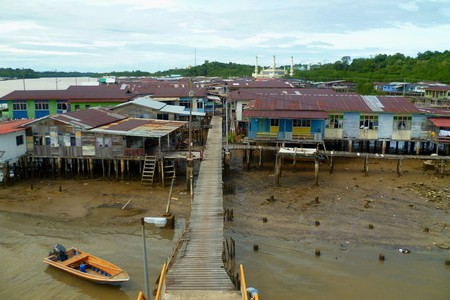 See how the Sultan lives at the Royal Regalia Museum 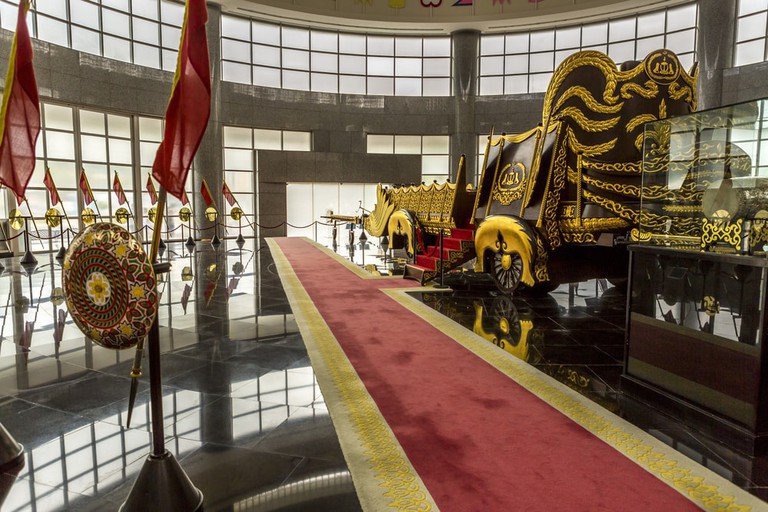 It’s no secret that the Sultan of Brunei lives a privileged existence. And the Royal Regalia Museum in central Bander Seri Begawan displays the best of his lifestyle. The two-floored museum includes a range of relics and gifts from prominent leaders, portraits and a chariot. Admission is free and the powerful air-conditioning offers a respite from the outside heat. The museum is one of the more popular attractions for tourists on a stopover in Bandar Seri Begawan.

An ethnographic experience at the Malay Technology Museum 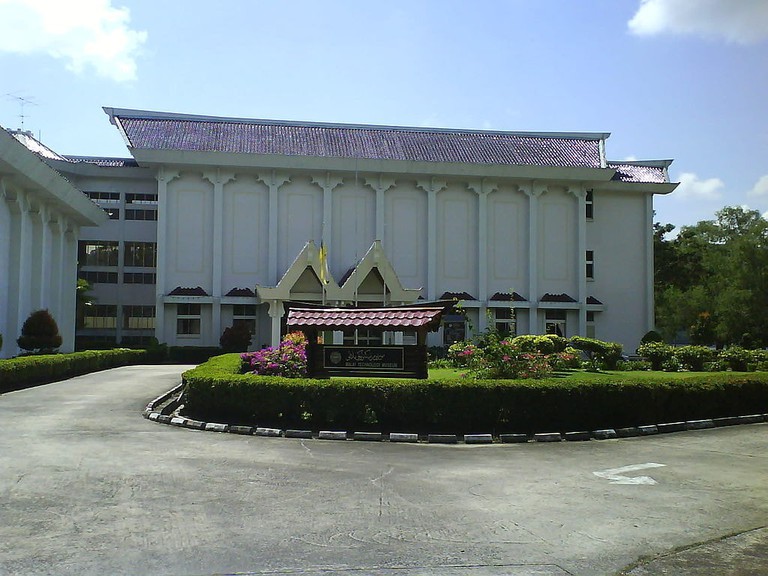 Despite the Museum’s name, this is among the top attractions in Bandar Seri Begawan to learn about Brunei’s culture. With different rooms dedicated to the country’s ethnic groups, it offers the chance to learn more about local Malay and Bruneian ethnography. Exhibits also show what life was like throughout the ages in Kampong Ayer.

The Sultan of Brunei is among the wealthiest people in the world. Take a short trip to Istana Nurul Iman, his official residence, and see a slice of his extravagance. The Sultan’s Palace has a whopping 1788 rooms, making it the largest royal house in the world. While it’s only open to the public during Hari Raya, you can still snap photographs and marvel at its sheer size from Taman Persiaran Damuan Park.

For a chance to experience the outdoors, head to Tasek Lama Recreational Park. Located less than three kilometres (1.9 miles) north of the Waterfront, it gives tourists access to the jungle. Follow the trails over boardwalks through the steamy forests to waterfalls and viewing platforms. If you want an idea of Brunei’s rainforest without taking a day trip to Ulu Temburong National Park, head to Tasek Lama.

Brunei lacks the pristine beaches of some of Borneo’s islands. But locals get their slice of paradise at Muara Beach, some 27 kilometres (16.8 miles) northeast of the capital. Apart from the stretch of coastline, Muara has a jogging trail and picnic areas. While it doesn’t have the white sand of the Maldives, it does provide an almost guaranteed spectacular sunset. Either take a taxi or bus 38 to Muara. We recommend this as one of the best attractions in Bandar Seri Begawan for families on a short stopover. 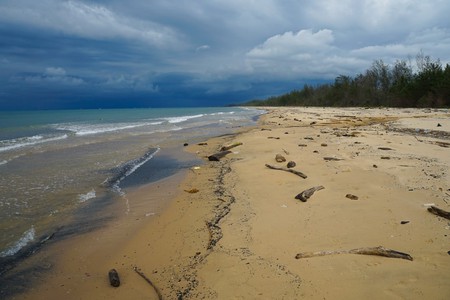 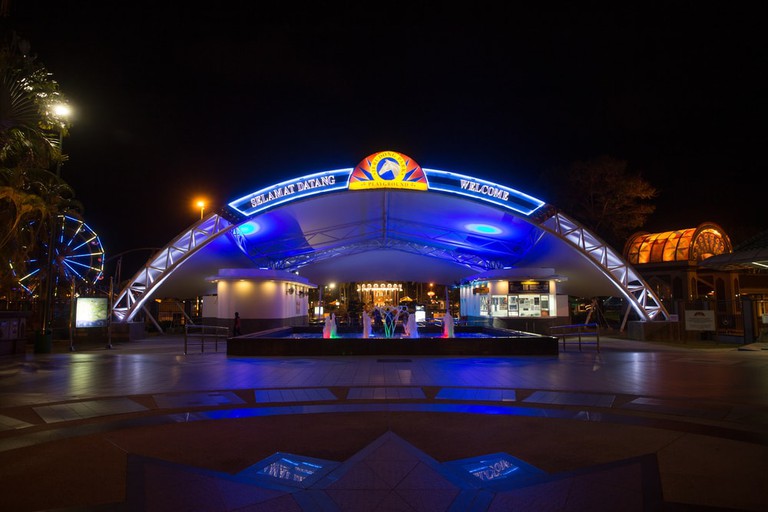 Jerudong Park Playground was once a thriving theme park in the 1990s. Now the old park is a shadow of its former self after falling into debt. The Sultan opened Jerudong Park in 1994 and it became one of Southeast Asia’s largest theme parks. Flash forward and there are only a few rides remaining. While this isn’t one of the conventional must-visit attractions in Bandar Seri Begawan, it gives an alternative perspective into the murkier side of the city’s past.