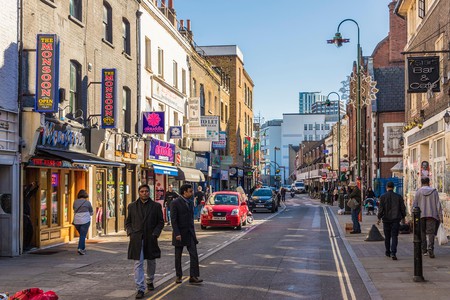 There are distinct differences between Bangladeshi and Indian food. Whereas wheat-based flatbreads supplement rice in Indian cuisine, rice is the staple carb of Bangladesh. It’s eaten every day in all its forms: flattened, puffed, ground and broken. Fried flatbreads such as luchi and porota are usually reserved for breakfast, or special occasions. Unlike Indian food, Bangladeshi cuisine is eaten in courses (as is Bengali food in West Bengal, India). Meals begin with vegetables and pulses – perhaps a dhal – followed by fish (‘fish and rice make a Bengali’ runs the well-known phrase), then meat and ending with something sweet. 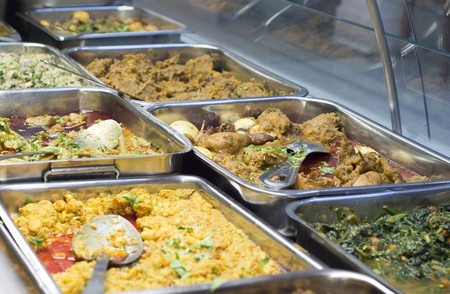 Regionality brings variety. Dhaka in the north is influenced by Persian and Mughal cuisine, so expect creamy kormas, biryanis and meat dishes. Sylhet in the east favours hot and spicy food, while dishes from southern areas such as Chittagong sing with Southeast Asian flavours due to their close proximity to Myanmar. Key ingredients include date molasses, coconut, mustard, shutki (dried and fermented fish), the extremely fiery naga chilli and an aromatic, slightly bitter cooking citrus called shatkora that is native to Sylhet and similar to lime in taste. Classic dishes include bhortas (mashes), a hearty mess of vegetables with chillies, onions and mustard oil; shak, a sautée of spinach and mustard greens with charred chillies and garlic; and fish stews with spicy gravies, accompanied by plain rice. Meals are cooked with flavourless oil or mustard oil instead of ghee (common in India). 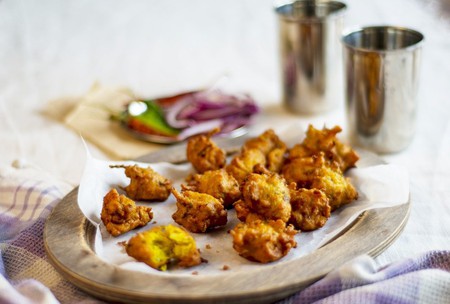 The coming of lascars to the UK

The story of how Bangladeshis came to be running the UK’s beloved curry houses began in the 1900s when Bangladesh was still part of India. ‘Lascars’ – sailors from the area which is now Bangladesh, who cooked on British ships – began operating eateries around ports, deserting dire conditions on ships for equally dire ones in the UK. A second wave followed Bangladesh’s independence in 1971, when many travelled to England in search of a better life, settling in places like Birmingham, Manchester, Leeds and London. In the capital they made for the East End, historic home to immigrants, with a street called Brick Lane running through its heart. Restaurants bloomed, with names like Taj Mahal and Delhi Durbar evoking prominent cities and landmarks in India. According to Bangladeshi restaurateur Iqbal Wahhab, ‘‘Bangladesh to most people evokes images of floods, famine and cyclones. India on the other hand conjures up images of beauty, palaces and the grandeur of the Raj. It therefore made sense, especially in the 1970s and ’80s, for Bangladeshis to go with the Indian brand.”

Rather than changing to Bangladeshi food, restaurant owners pandered to the Western palate with mildly spiced dishes. The copious amounts of cream, yoghurt and tomatoes used in these curry house kitchens created a cuisine in itself, which had very little to do with Indian or Bangladeshi food. Diners were at first unconcerned about the provenance of the exotic-sounding dishes on menus but, bit by bit, the rise of food tourism and the growing profile of international cuisines across the UK started having an effect. The popularity of the ‘Days of The Raj’ restaurants with elaborately attired waiters clad in white gloves began to wane.

In places like Brick Lane modest curry houses have been closing at a rapid rate, affected by immigration rules and visa restrictions for staff from the Indian subcontinent, rising rent and the reluctance of restaurateurs to adapt. For a long time, putting Bangladeshi cuisine on menus and steering diners away from their curry house favourites just wasn’t on the table. But now younger Bangladeshis are keen to reclaim the food of their heritage. Stitches in Time, a social enterprise run by Bangladeshi women, ran its first women-led pop-up restaurant in Brick Lane in late 2019 to spread the deliciousness of traditional home cooking – the sort that’s not found in Bangladeshi-run curry houses. According to Anwara, who assists with the project, “There are not many Bangladeshi food places in London that do good, authentic traditional recipes like the ones that have been in families for generations.” Meanwhile, dishes such as beef shatkora, previously reserved for clandestine ‘staff menus’, are appearing on regular menus. About time.

Dina recommends a few restaurants around the UK if you want to sample some Bangladeshi cuisine. Expect the likes of meticulously prepared specialities such as chotpoti (chickpea and potato topped with crisp pastry); kacchi biriyani (fragrant rice laced with fried onions, a whisper of saffron, tender chunks of meat, potato and egg); and tehari (aromatic rice with beef, mustard oil and chillies). Then there’s the plethora of fish dishes to discover, such as rui sheem (with Bangladeshi mange tout) and ilish (from the herring family) fried or in a shorshe jhol (mustard gravy), all served homestyle with plain boiled rice.

Go for the kalojaam and chomchom (milk-based sweets) or jilapi – golden pastry swirls in molasses syrup.

This buffet-style restaurant specialises in fish and meat dishes, as well as traditional sweets (mishti).

There are a few Bangladeshi items on the menu (shatkora curry, for instance) but, if you ask, a lot more is available!

In Dina Begum’s Brick Lane Cookbook and at her supper clubs, you’ll discover many of the ingredients and dishes mentioned in this article.