Art Installation in a Bengali Slum

Susie Taylor, freelance photojournalist and founder of The Soulside Out, with her partner, Jason Motlagh began researching and reporting on the exploitation of workers in Bangladesh’s garment industry. In the exhibition Dignity in Industry, Taylor and Motlagh bring the story of Bangladesh’s garment workers to Dhaka’s largest slum. 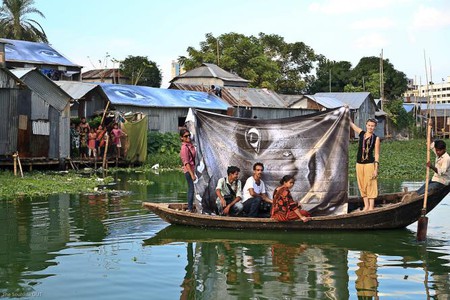 As many outside Bangladesh know, the garment industry in the impoverished South Asian country is big business. To date, it is estimated that at least 80% of the country’s exports come from this industry, with over 3.4 million employed. Beyond the country’s Tazreen Factory Fire in 2012 and the collapse of the Rana Plaza in 2013, Taylor wanted to shine a light on the fierce determination and strength of the women and girls who often toil long hours with little pay and bring their images to the very locale which they call home. 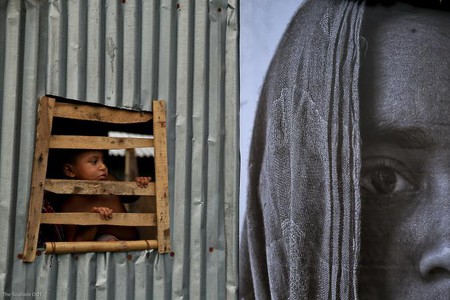 A suitable setting for the public installation was just as important to Taylor as the subject matter. Korail, a slum of approximately 200,000 people, is home to many of Dhaka’s garment workers and their families. It is also located across the river from two of the city’s wealthiest neighborhoods, which was a crucial factor in the placement of the Rooftop Series images that look up at the toney high-rises directly across the river. 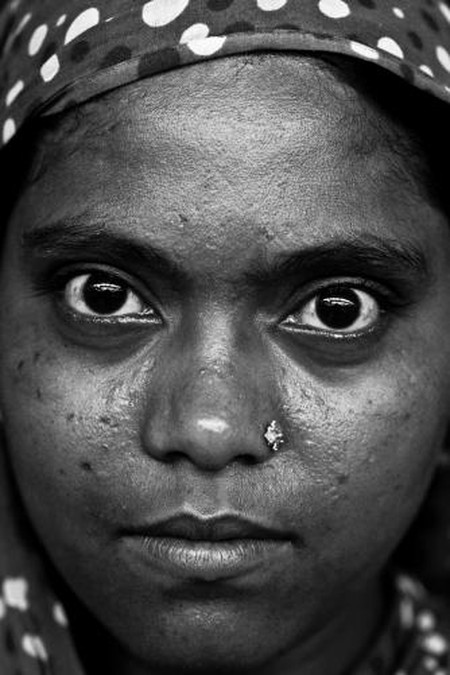 Taylor called the project Dignity in Industry, to represent the beauty, stamina and courageousness of those who work in the garment industry. Capturing images of Korail’s residents, from ‘sweatshop grit to breadwinner’ dovetailed nicely with the Inside Out Project’s directive to spotlight marginalised people with full-sized black-and-white portraits hung within their communities.

AKTER BEGUM, a phrase associated with the project, represents the two most common surnames workers use for employment documents as many often have only one given name and have no official government paperwork. To respect the community and the environs around it, each full-size image was made of PVC plastic, can be used to waterproof structures in Korail and appropriated as needed.

For the installation, Taylor carefully culled images from a handful of talented Bengali photographers (plus several images from herself and Motlagh) introduced by Saiful Huq Omi via Counter Foto. Taylor shared the following information about the artists who were chosen, ‘One of the primary photographers who contributed the most was a woman named Shahria Sharmin. She’s both brain and body. Her work is exceptional and she pushes all the right buttons. She’s fearless. A leader. Andrew Biraj is internationally known and his work is graphic – he doesn’t shield you from anything. You’ve seen a lot of his work in major media outlets. Ashraful Alam Tito is a rising star. Abu Sayed and Nowsher Roman are also really incredible figures. It was tough to whittle it down to 22 prints.’ 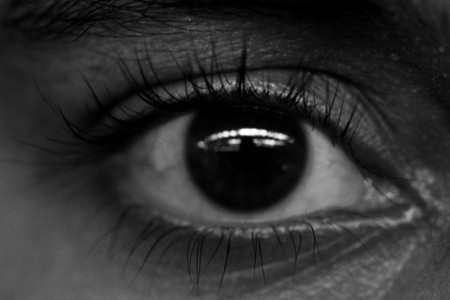 It is interesting to note that although traditional Bengali crafts such as stitching and weaving have lost ground due to the significant numbers of women who now work in the garment industry, Bangladesh has a healthy number of photographers who are documenting important aspects of contemporary life.

According to Taylor, ‘Photography is not new in Bangladesh, but having a conservative social fabric means it’s not as ubiquitous as in America. [The country has] some of the most driven and culturally relevant photographers out there. It feels a bit like witnessing history as you see these photographers coming up with incredible bodies of work. I think [this is] in part because Dhaka is so raw, and the national growing pains so real, these photographers are creating incredible commentary. They’re expressing transgender movements, environmental destruction, greed, catastrophe and so on. Nothing seems to hold them back.’ 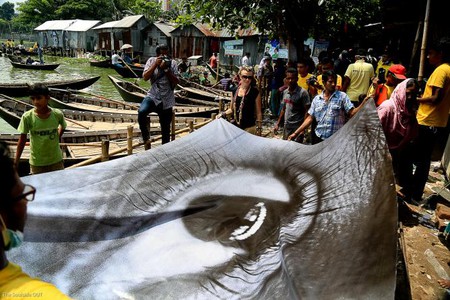 Another organisation involved with the installation was Dhaka’s JAAGO Foundation, a youth-led organisation founded in 2007 that has introduced education to the residents of Korail and works to eradicate poverty throughout Bangladesh. JAAGO’s founder, Korvi Rakshand, generously found thirty volunteers to assist during the installation. 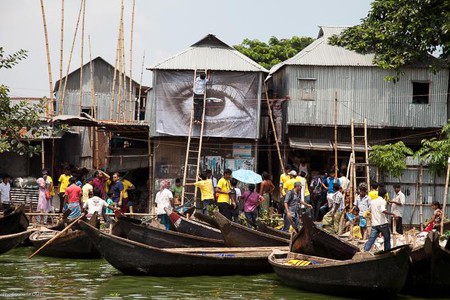 Several months on, the project continues to resonate with Taylor. ‘Dignity in Industry. It’s a beautiful idea, and it should be the reality. The installation was our way of saying that ‘we see you’ and believe in you. I didn’t know that I was such a feminist until I met a few Bengali women working in garments. They’re incredible, and quite literally the backbone of their nation’s economy. They don’t complain, they’re freedom fighters and they don’t quite realise it.”

Watch a video on ‘Inside Out Bangladesh: Dignity in Industry’ produced by Susie Taylor and Jason Motlagh: