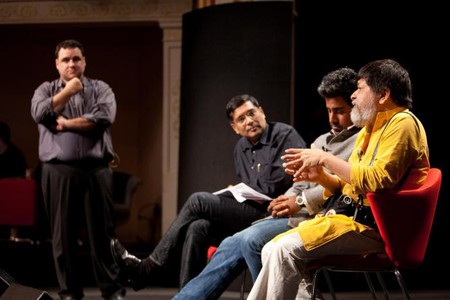 A PhD in Chemistry from London University, Shahidul Alam also taught at London University, coming full circle. He returned to his hometown Dhaka, Bangladesh in 1984, amidst an on-going struggle in the nation to remove General Ershad. He photographed the democratic struggle of the nation, which he later published in a work named A Struggle for Democracy. In 1989, he set up Drik picture library in Dhaka with an aim to provide state-of-the-art media products. It provided training to the region’s brightest young photojournalists through Pathshala, its education wing. He also started Chobi Mela, a festival of photography to promote non-western photographers. He is the founder chairman of Majority World, a global community interest initiative formed to provide a platform for indigenous photographers, photographic agencies and image collections from the majority world to gain access to global image markets. 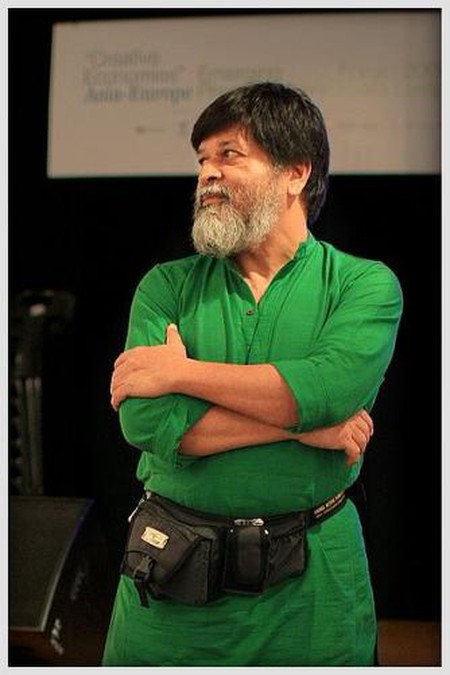 Alam is better known for his works such as ‘Brahmaputra Dairy’, Crossfire, ‘Nature’s Fury’, ‘Portrait of Commitment’ and My Journey as a Witness. The underlying theme of his work is drawing out the social and artistic struggles of a country known largely for poverty and disasters. He is profoundly influenced by inequality in his country and the liberation war, pursuing a life in photography to challenge oppression and imperialism in all its forms. His internationally acclaimed work Crossfire is a collection of photographs portraying the extra-judicial killing by RAB (Rapid Action Battalion) in Bangladesh. Human rights organizations reported that RAB had killed more than 1,000 citizens. His photo exhibition was met with protest from police forces. In his work ‘Nature’s Fury’, he depicted the aftermath of an earth-quake that struck in Kashmir region.

Alam’s work shows a deep commitment to take forward the cause of human rights, to fight against the global inequality and to put forth environmental concerns in the public domain. Describing his work ethos, Rosa Maria Falvo – the famous curator and also the editor of his book My Journey as a Witness – said ‘his style is sometimes confrontational, often celebratory and insists on an equal footing between photographer and subject, among photographers themselves, photographer and global media, and subject and audience – providing mirrors, raising debates, and chronicling a home-grown social movement in which photography is embedded.’

Shahidul Alam has been acclaimed as one of the best South-Asian photographers and was the first Asian recipient of the prestigious Mother Jones Award for Documentary Photography. His numerous other awards include the Andrea Frank Foundation Award and the Howard Chapnick Award. He has also been awarded the Honorary Fellowships of the Bangladesh Photographic Society and later, the Royal Photographic Society in 2001. He is on the advisory board for the National Geographic Society and is the visiting professor of Sunderland University in the UK and Regent’s Lecturer at UCLA in the USA. He is also an acclaimed public speaker and has lectured at Harvard and Stanford Universities in the USA, in Oxford and Cambridge Universities in the UK and in numerous prestigious academic institutions in Africa, Asia, Australia and Latin America.

Alam’s work has been exhibited in galleries such as MOMA in New York, the Centre Georges Pompidou in Paris, the Royal Albert Hall in London and The Museum of Contemporary Arts in Tehran. A guest curator of the National Art Gallery in Malaysia and the Brussels Biennale, he has been a jury member in prestigious international contests, including World Press Photo, which he chaired.