Akram Khan is one of the most celebrated contemporary choreographers in the world. Born in London to a Bangladeshi family, Khan received training in the Kathak style of classical Indian dance, in which rhythm and movement cohere into narrative. In his choreographed pieces, Khan fuses this deeply traditional art form with the innovative flair of contemporary performance.

According to Khan himself, a seminal moment for him as a dancer came during his school days when he won a dance competition. In a 2009 interview, Khan said, “My real break was winning a junior school disco competition dancing to Michael Jackson’s Thriller. It was the first time I got respect from my classmates. Before that, I was this shy, insecure, geeky, skinny, boring little Asian boy.” 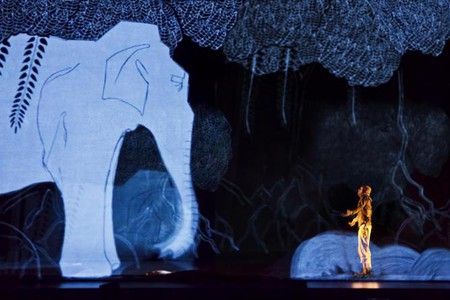 Today, Akram Khan is one of the most fêted choreographer/dancers in the world, having collaborated with luminaries across the arts world, including artist Anish Kapoor, actress Juliette Binoche, sculptor Antony Gormley and visual designer Tim Yip, best known for his work as art director for Crouching Tiger, Hidden Dragon. Khan’s choreographic work is as diverse and multivalent as his cast of choreographers. Two of his recent works, DESH and iTMOi (in the mind of Igor), underscore Khan’s ability to embrace and assimilate many threads of dance into his choreography, from the deeply personal to the collaborative and conceptual. 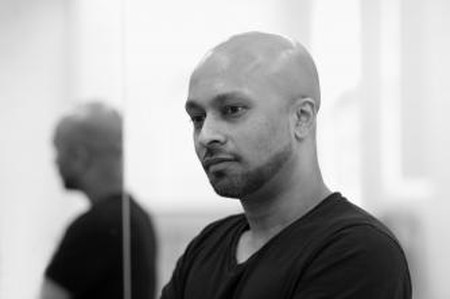 DESH is a contemporary solo dance choreographed and performed by Akram Khan as a means of reflecting his cross cultural background as a Bangladeshi dancer raised in London. Khan explores the historical links between Bangladesh and Britain through a number of personas, playing himself, a cook and partaking in imagined dialogues between father and son, son and niece. The performance integrates the sounds of chanting, speech—all of it, like Khan’s movements on stage—beautifully rhythmic and mesmerising. Whether it’s convulsing on the ground or creating shadow plays with his body, Khan’s monologue of dance and speech becomes a rich dialogue with the audience. 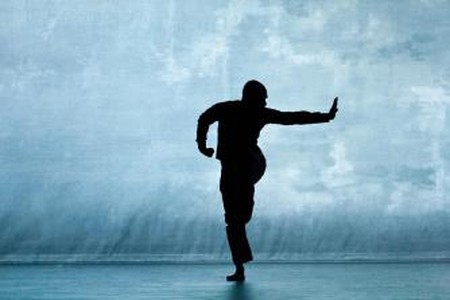 iTMOi is Khan’s first full-length ensemble since 2010; Akram Khan directly makes a reference to Igor Stravinsky’s iconic work The Rite of Spring (Le Sacre du Printemps), which broke all conventions of dance, music, design and performance. According to Khan, “In this work, I am interested in the dynamics of how Stravinsky transformed the classical world of music by evoking emotions through patterns, rather than through expression, and these patterns were rooted in the concept of a woman dancing herself to death.” 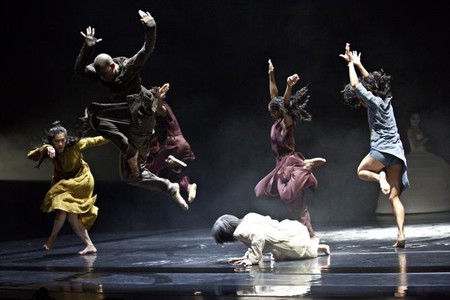 Khan’s work reimagines the mythology of the original conceptualisation of The Rite of Spring. A century ago, in 1913, Igor Stravinsky shocked the world of dance with the now-legendary premiere of this work in Paris. Choreographed by Nijinsky, scored by Stravinsky, designed by Roerich and performed by Diaghilev’s Ballets Russes, the production broke with conventions at every step. Constantly changing polyrhythmic patterns left the audience hall of the Théâtre des Champs-Élysées deeply unsettled, as fashionable Paris was engulfed by gossip about the riotous scandal of art. Drawing on folk-primitive pagan rituals and violent sacrifice, the startlingly modern musical score experimented with all the foundational structures of music—tonality, rhythm, meter—becoming a defining 20th and 21st century performance. 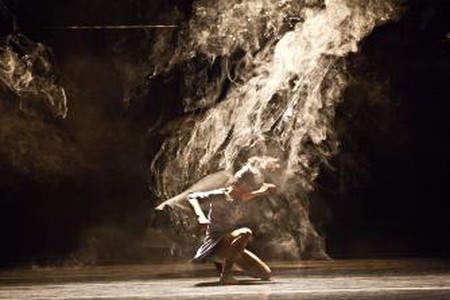 As a Kathak-trained dancer, Akram Khan is no stranger to complex rhythm, and iTMOi is the result of Khan’s own kinetic response to his investigation of Stravinsky’s ever-changing, off-balance score. Ritualistic and rhythmic, Khan and composers Nitin Sawhney, Jocelyn Pook and Ben Frost take on the Sisyphean task of reinterpreting Stravinsky’s violently rhythmic mélange of shifting metres. iTMOi is Part Two of A String of Rites, Sadler Wells’ 2013 program celebrating 100 years since the first performance of Stravinsky’s The Rite of Spring.

Incorporating the rhythmic precision of Kathak with the free flowing forms of contemporary dance, Khan produces intimately physical works that are reflections on memory, identity, history and myth.

See Akram Kahn’s final performance as a dancer in XENOS