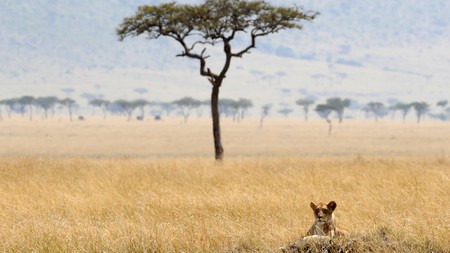 Is it possible for an international wildlife photographer to choose a favourite location? Culture Trip seeks to find out, quizzing five of the very best – all of whom are supporters of a special wildlife project, the New Big 5.

The discourse around threats to wildlife is not a new one – but it is one that journalist and photographer Graeme Green wants to bring to our attention with a sense of urgency. In 2020, he launched the New Big 5, a project that calls on the public to vote for the animals we most enjoy seeing in wildlife photography, with the aim of highlighting the plight facing animals in the wild.

“A lot of people care about wildlife but maybe don’t know how dire the situation is for many animals,” Green told Culture Trip in May. “Animals such as giraffes and lions, which many people assume are getting by just fine, face the serious threat of extinction.” However, those who do have a grasp of how bad the situation is have got behind Green’s initiative, which he hopes is the first of many. The list of supporters includes conservationists and explorers, as well as numerous photographers, five of whom spoke to Culture Trip about their favourite wildlife locations and the wonderful animals they have captured in these backdrops.

“The best place on earth for me is the Maasai Mara National Reserve in Kenya. It’s my spiritual home. The Mara is a vast openness, teeming with wildlife, where a mere glance can take in miles and miles in any direction. The sheer sense of freedom that engulfs me there is difficult to put into words.

“The many moods of the Mara are all equally captivating: the stillness of predawn blackness fading into the first tinges of yellow on the horizon as life stirs and steps into a new day; the deep-blue sky; the golden savannah; the dark clouds and rain sweeping across the landscape; a blaze of orange skies as the sun sets mesmerise me always.

“Amid all of this, predator and prey run their game of life. The Mara is also the surreal theatre in which the adventure of the annual great wildebeest migration plays out, an event unlike any other on the face of the earth.” 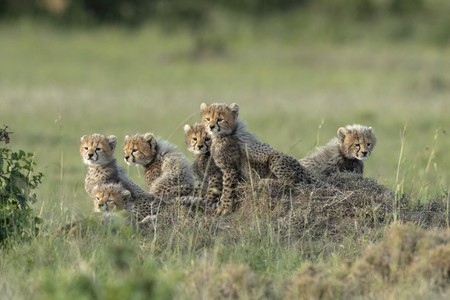 “Virunga National Park, in the Democratic Republic of the Congo, is a place that offers excitement like few others. Besides being the oldest national park in Africa, it has one of the best and most picturesque locations to photograph the endangered mountain gorillas and a variety of other smaller primate species. It’s home to two active volcanoes, of which Mount Nyiragongo has the largest active lava lake in the world. It also has the only mountain gorilla orphanage in the world, called Senkwekwe.

“The dedication and passion of the people who protect this park are beyond admirable. The Virunga National Park is the epitome of hardcore wildlife conservation. What happened to the 13 rangers and four civilians who lost their lives in Virunga was an absolute tragedy. The conservation efforts in the Virunga are a harsh reminder of what it takes nowadays to protect our wildlife, and this team is in desperate need of the world’s recognition.” 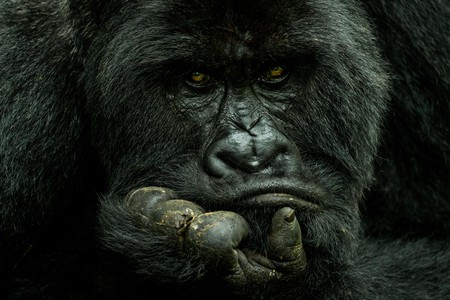 A silverback gorilla, a term used to refer to a mature male gorilla, acts as the head of a troop | | © Nelis Wolmarans

“One of my favourite wildlife locations is the Arctic region of Svalbard in Norway, mostly because it’s where polar bears live. Not only are polar bears incredibly impressive predators, they’re also extremely photogenic. Every summer, they’re out on the pack ice hunting for seals.

“If you’re lucky enough to find one, you can’t help but be amazed by how well a polar bear can survive in the most brutal conditions. They are like a small white dot, moving through a vast white landscape, sometimes hundreds of kilometres from land. Unfortunately, polar bears are under threat. Hunting and climate change are the most significant factors. This makes observing and photographing a polar bear an extraspecial experience, and it makes you realise that we should do more to protect our wildlife.” 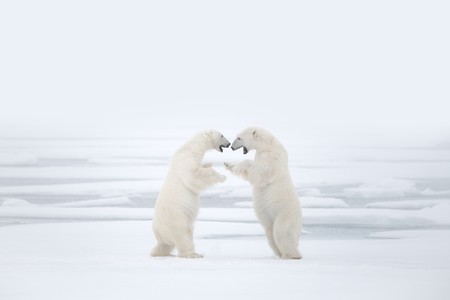 Today, polar bears are under threat due to hunting and climate change | | © Marsel van Oosten

“Kalimantan, in the Indonesian section of the island of Borneo in Southeast Asia, is an amazing place. I’ve visited at many times and have experienced it both when it’s incredible and when it wasn’t, including when it was burning really badly in 2015. Burning is going on to get more ground for oil palm plantations. But when it isn’t burning, it is an amazing place with great forests and diverse wildlife.

“To experience the orangutan in the wild is something special. We used a boat to get into the jungle, and after that, you walk farther in to see the orangutan. Walking in these wonderful and calm rainforests is a fantastic feeling, then you hear something in the trees and suddenly they are there, and you get a chance to see them. It is such a big moment to meet these gentle ‘forest men’. Then, as quick as they came, they disappear. You have a great experience and a memory for a lifetime.

“Kalimantan is such an important area that we must save for our children and grandchildren so they can also have that amazing experience, just as we have.” 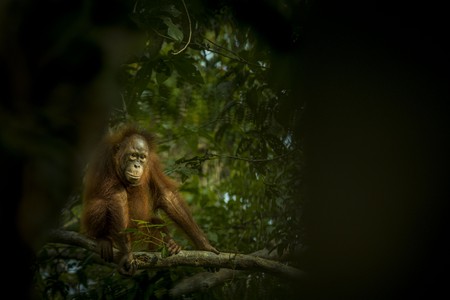 Found in the rainforest, orangutan means ‘person of the forest’ | | © Tom Svensson

“I spent a lot of my life photographing wildlife in Nagarhole National Park. Rudyard Kipling based The Jungle Book [1894] on a forest called Pench, which is farther up in central India, but it’s actually this forest where I am that is the real Jungle Book. I can say this proudly because it’s the only forest in the world that offers you this density and variety of exotic wildlife. You have the elephant, bear, wild dogs, tiger, leopard. It’s also home to a rare and elusive melanistic leopard, also known as a black panther. We are very fortunate to have one melanistic leopard that happened to establish his territory just five or six kilometres [four miles] away from where I live. We get great sightings of him every week or every couple of weeks.

“You have everything in Nagarhole. It is one of the most fascinating parks, because of that level of anticipation when you are out on safari. You have no idea what you’ll find. You are going to take a blind run around a big banyan tree, and you have no idea what’s going to be there waiting for you. That suspense out here in this jungle is mind-blowing.” 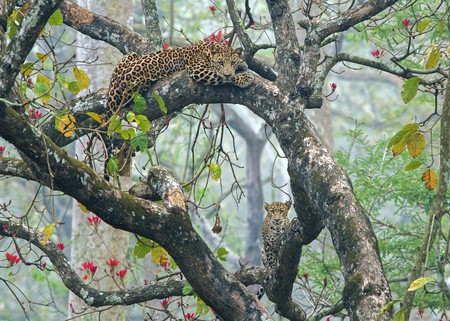 Nagarhole National Park has a variety of wildlife, including leopards | | © Shaaz Jung
Give us feedback