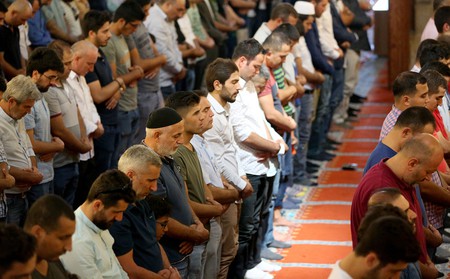 Millions of Muslims around the world are preparing for Eid al-Adha, the festival of sacrifice and feasting.

Also known as the ‘Feast of the Sacrifice’, Eid al-Adha is the second-most important event in the Islamic calendar. During the three-day celebrations, Muslim families around the world come together to honour Prophet Ibrahim’s devotion to Allah with gifts and feasting. The occasion also marks the end of the Hajj pilgrimage to Mecca, which is one of the five pillars of Islam. All able-bodied Muslims must undertake Hajj at least once in their lifetime. 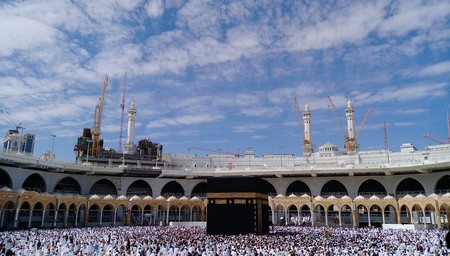 What is Eid al-Adha and how is it celebrated?

According to the Quran, Ibrahim – known as Abraham in the bible – and his wife Hagar had a son after many years of praying to be blessed with a child. However, Allah asked Ibrahim to sacrifice his son as an act of devotion. The couple travelled to Mecca to undertake the sacrifice – a route followed on the Hajj pilgrimage. But at the last minute, Allah told Ibrahim to stay his hand and provided him with a ram to sacrifice instead.

On Eid al-Adha, Muslims traditionally honour Ibrahim’s devotion to God by sacrificing a sheep, goat, cow or camel in their homes or other designated sacrifice spots. Countries such as Egypt are cracking down on sacrifices made on streets in unhygienic surroundings to avoid the spread of diseases.

For the good deed of the sacrifice to count, every person has to contribute a portion each. Since a goat equals one portion, a big family would opt for a cow or camel instead as both animals equal seven portions respectively. Families then divide up the meat to use during the feast with their family and friends; to distribute to closed ones not present at the gathering and neighbours; and lastly, to the poor. Families who have not conducted a sacrifice will often purchase halal meat for their meal and donate money to charity instead.

While many non-believers have trouble accepting the practice, Muslims explain it as their Christmas and Thanksgiving rolled into one. It’s the day they make sure everyone has food on their table. At the hour of the sacrifice, the animal is faced towards Mecca and either the head of the family or another appointed person takes a sharp knife, says bismillah (in the name of God) and draws the blade in a quick motion across the animal’s throat. It is of the utmost importance that the animal feels no suffering besides the initial pain.

The celebration of Eid al-Adha begins with a special prayer, ‘Salat al-Eid’, followed by a sermon called a khutbah. Traditionally, this is followed by the sacrifice. The rest of the day is devoted to visiting the houses of friends and family. Worshippers exchange the traditional Arabic greeting, ‘Eid Mubarak’ (‘have a blessed Eid’) and swap gifts.

Sharing a meal with family and friends plays an important role on Eid al-Adha. The dishes that are eaten vary according to culture, but meat-based meals of kebabs, biryani and curries are very common. Another popular dish is haleem, a stew of minced mutton, slow-cooked with wheat or barley until it becomes a rich paste. 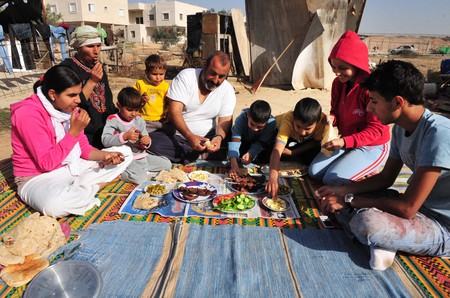 What is the difference between Eid al-Adha and Eid al-Fitr?

Eid al-Adha should not be confused with Eid al-Fitr. Although they both use the same greeting of ‘Eid Mubarak’, and people put henna on their hands and dress up in new clothes, the similarities end there. 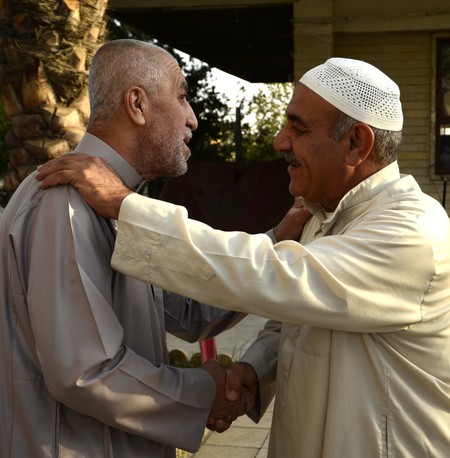 Eid al-Fitr occurs a couple of months before Eid al-Adha or the ‘Greater Eid’. The former marks the end of Ramadan, which is the holy month of fasting from dawn until dusk. The main focus during this period is on the act of giving to charity (also known as Zakat).

While meat features prominently in Eid al-Adha festivities, Eid al-Fitr is nicknamed ‘Sweet Eid’ as multiple desserts and sweets are served during the celebrations. Lachha Seviyan, vermicelli cooked in sweetened milk and topped with dried fruits, can be found on many tables in South Asian countries.

This year, Eid al-Adha 2019 begins on the morning of Sunday August 11 and will end on the evening of Thursday August 15.