What to Know When Travelling to a Muslim Country During Ramadan 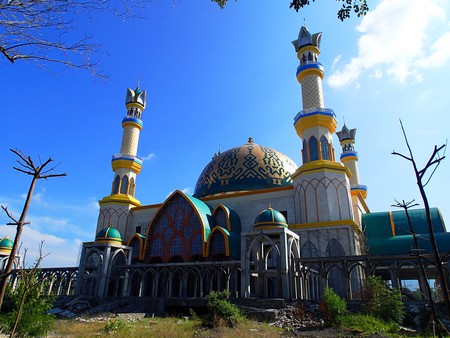 Ramadan is a special time for Muslims around the world. Tourists travelling to a Muslim country during this holy month of fasting will be presented with a unique opportunity to observe and experience distinctive scenes, customs, and traditions. However, to ensure a smooth and enjoyable trip without offending any of the locals, here are some tips to note down.

Each fast begins before sunrise with a meal of suhoor and ends at sundown with iftar. During Ramadan, the two hours before the breaking of the fast are the busiest as people rush from place to place to grab food or beat the evening traffic to make it back home (or to a restaurant), in time for iftar. Getting a taxi during this traffic-heavy stretch becomes a challenge so be prepared if you need to be somewhere at a certain time.

During Ramadan, Muslims go the extra mile to ensure they pray all five times a day at the exact time. If your tour guide or cab driver is a Muslim, make sure you give them the option of stopping for prayers as well as iftar before proceeding to your destination. 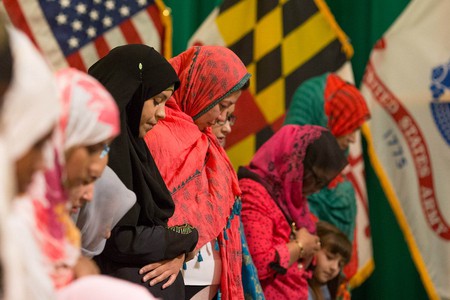 Although foreigners or non-Muslims are not expected to fast, it is illegal in a few countries – such as those in the Gulf region – to eat, drink, or smoke in public during the fasting hours. However, it is mostly acceptable to dine within the confines of your hotel.

Most businesses and attractions are open during Ramadan with the exception of restaurants, majority of which are closed during the day. Even those that remain open will have their windows covered to a keep a low profile — no outdoor dining or music is allowed. Nightlife, excluding eating out, will be much quieter in these countries, and if you are looking to go to a bar or club, make sure to call ahead and see if they are open.

Majority of the businesses have shorter hours during this 30-day period as employers are expected to let their workers get home in time to break their fast with their families. Be sure to check the hours and availability of the places you plan to visit. 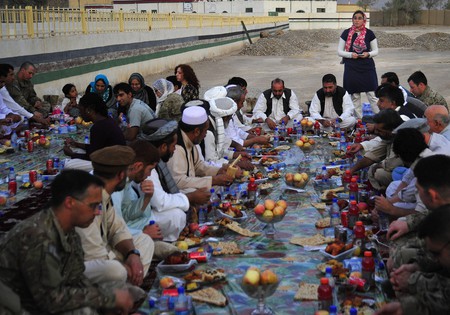 In many Muslim countries it’s better to dress conservatively all year long, but this is especially true during Ramadan, even in more liberal countries. Be sure to cover your arms, legs, shoulders, and even hair in some countries, to avoid offending the locals.

In many Muslim countries, public displays of affection are considered rude and can draw negative attention. Just holding hands or touching lightly can be perceived as inappropriate in some Muslim countries, so it’s better to maintain an approprikeep a distance if you’re traveling with your spouse or partner. 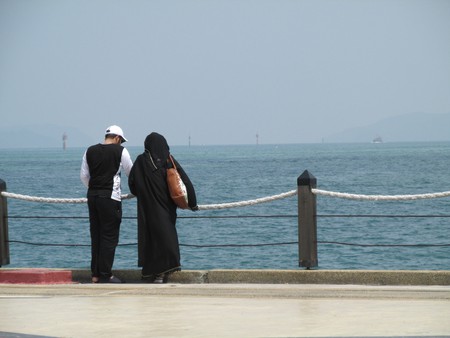 During this month, take extra caution when consuming alcohol if you’re visiting a Muslim country. You may be able to get your alcohol fix at international hotels during the day, and stay there until the very last sip— don’t take your glass or bottle outside.

While interacting with a local guide, driver, or any service provider, always remember that they haven’t eaten or drunk since dawn. Be patient if things are slower than you would expect, or if people are not energetic when interacting with you. Offer them a seat on crowded public transportation, or tip generously when appropriate. 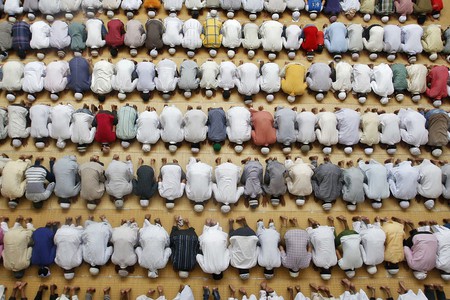 Eid al-Fitr marks the end of Ramadan and is a very important religious holiday to Muslims. Businesses and attractions will be closed during the two-day celebration, and it may be harder to get accommodation or transportation if you don’t book in advance.