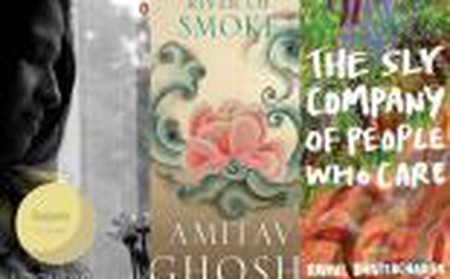 In anticipation of the announcement of the Man Asian Literary Prize Shortlist on January 10th, we look back at the Longlist.

The Man Asian Literary Prize celebrates the finest of contemporary Asian literature; it is awarded every year to the best novel written by an Asian writer, either written in, or translated into English. By highlighting the greatest Asian works released every year the Man Asian Literary Prize both fosters connections between the diverse literary communities of Asia and brings the best of Asian literature to Western audiences.
This years’ Longlist features some of the luminaries of Asian fiction alongside some lesser known writers, who the prize is bringing into the limelight. Thus first time novelists such as Rahul Bhattacharya and Jahnavi Barua rub shoulders with literary heavyweights Haruki Murakami and Amitav Ghosh. The Longlist also features several writers who have garnered widespread acclaim in their own countries, but have not yet found much success in translation, such as South Korea’s Kyung-Sook Shin and Iran’s Mahmoud Dowlatabadi. These writers are evidence of the strength and vibrancy of contemporary Asian literature; a vibrancy that is celebrated by the Man Asian Literary Prize. 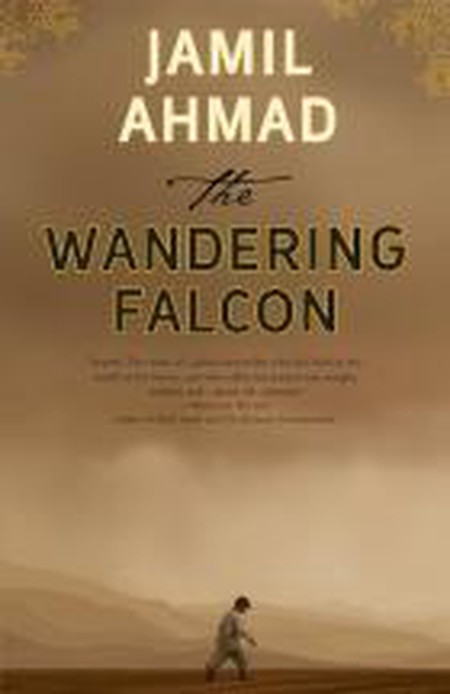 Jamil Ahmad (Pakistan) – The Wandering Falcon
An interconnecting series of narratives set in the tribal areas along the Pakistani-Afghan border, Jamil Ahmad’s The Wandering Falcon has been celebrated as an introduction to the culture of this otherwise forbidding part of the world. Set in the decades prior to the rise of the Taliban, Ahmad’s depiction of the tribal communities of the Pakistani borderlands is marked by empathy for the age old traditions of these ancient tribes. The book draws on Ahmad’s own experiences in the area, where he worked as a civil servant, and his sympathetic depiction offers a counterpoint to the conventional representation of this war torn terrain. 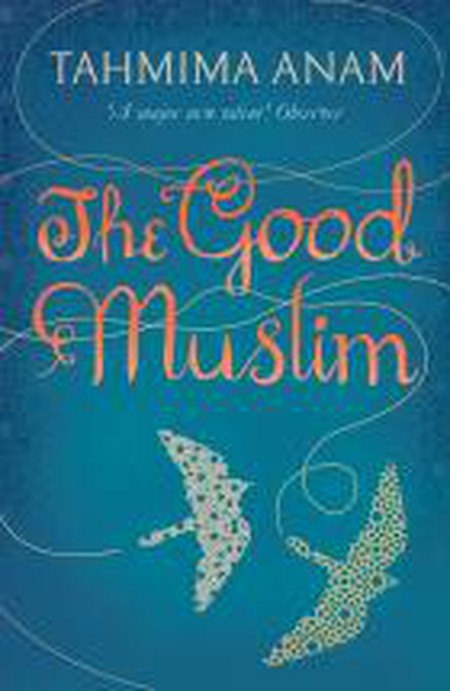 A compelling depiction of the tumultuous modern history of Bangladesh, Tahmima Anam’s The Good Muslim is an epic depiction of the tragic legacy of war. It follows the shifting fortunes of a Bangladeshi family who find their lives and their beliefs irrevocably altered by the violence and poverty which blight their country. Anam writes with particular profundity about the rise of Islamic fundamentalism in the area and the way in which the political discourse began to be shaped by religion. Her novel takes the reader through the chaotic course of Bangladesh’s history and reveals the personal tragedies which are often lost in the grand sweep of historical change. 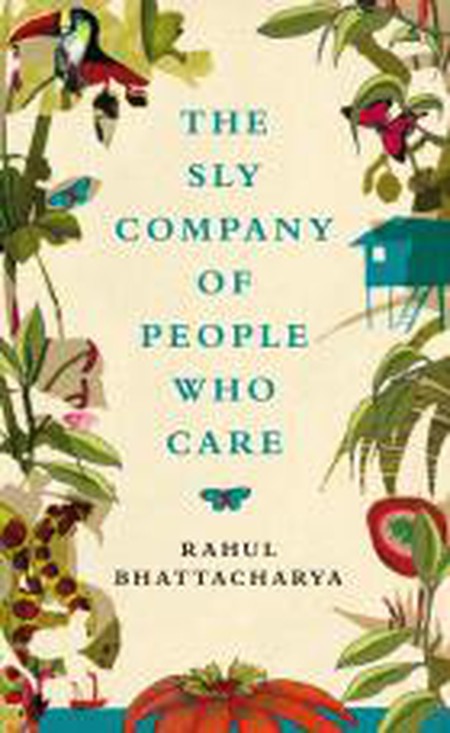 Rahul Bhattacharya (India) – The Sly Company of People Who Care
Part travelogue, part picaresque fable, Rahul Bhattacharya’s debut novel The Sly Company of People who Care is an invigorating depiction of a search for meaning and excitement away from the dreariness of modern life. The book is a semi-autobiographical account of a young Indian journalist’s travels to Guyana in a quest for an exotic escape from his own humdrum existence. He finds in Guyana a faded colonial civilisation amidst a vast tropical paradise. In breathless prose often reminiscent of V.S. Naipaul and Salmon Rushdie, Bhattacharya’s novel transcends the tropes of the exotic travel novel, offering instead an existential reflection on the nature of travel and discovery. 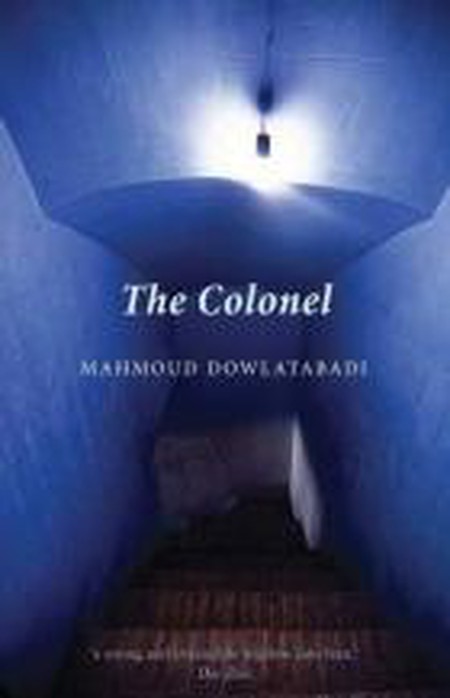 Mahmoud Dowlatabadi (Iran) – The Colonel
Mahmoud Dowlatabadi is one of the most revered and controversial Iranian novelists of the last few decades. His work combines the Iranian poetic tradition with unembellished colloquial speech. He is also a fervent political commentator, who is not afraid to offend Iranian politicians on either side of the political divide. The Colonel is further evidence of Dowlatabadi’s fearless political consciousness, it depicts the life of a former soldier of the Shah’s army, who, stripped of his rank and detained following the Islamic Revolution, finds himself confronted with his past as well as the persistent ghosts of the Islamic regime. It is a potent fable of the current impasse in Iranian political life, as well as a diatribe against the failings of the Iranian poltical class. 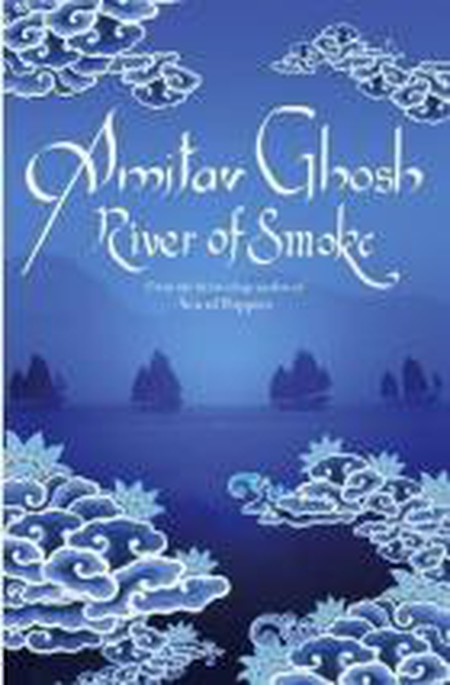 Amitav Ghosh (India) – River of Smoke
The second novel in Amitav Ghosh’s Ibis series, following the critically acclaimed Sea of Poppies, River of Smoke continues the grand historical epic that Ghosh began in the former novel. It sees Ghosh’s attention turn to the melting pot of 19th century Canton, where the opium trade brings together a motley crew of outlandish characters. Ghosh’s dense prose brings to life the seedy underbelly of Canton which emerges as a meeting place of cultures and languages rivalling any modern city. As with the city itself Ghosh’s novel contains a thousand smaller narratives, all competing for the attentions of the reader which Ghosh holds together with a deft touch. 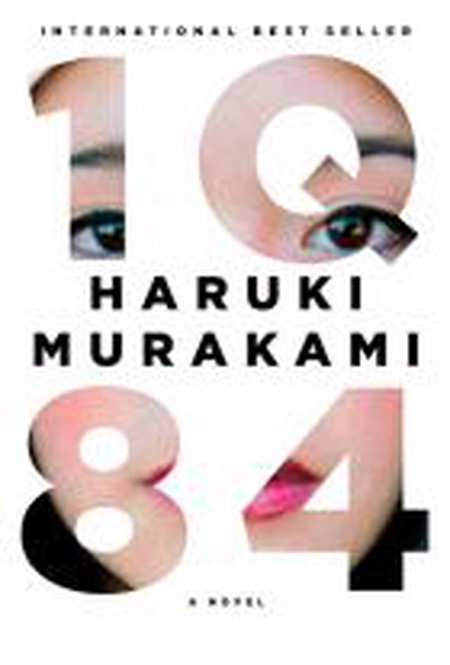 Haruki Murakami (Japan) – 1Q84
An icon of the literary world, and as popular in the West as he is in his homeland of Japan, Haruki Murakami’s 1Q84 was one of the publishing sensations of 2011. Murakami’s first published novel since 2004’s After Dark, 1Q84 brings together Murakami’s trademark surrealism and the genre conventions of detective fiction. The novel also reveals Murakami’s long standing love for Western pop culture, to which it has a host of references, and his typical romantic plot, which is complemented by dreamlike moments of fantasy and contemplation. The excitement which greeted the publication of the novel, and its translation into English, reveal the importance not only of Murakami the novelist but the cultural figure. 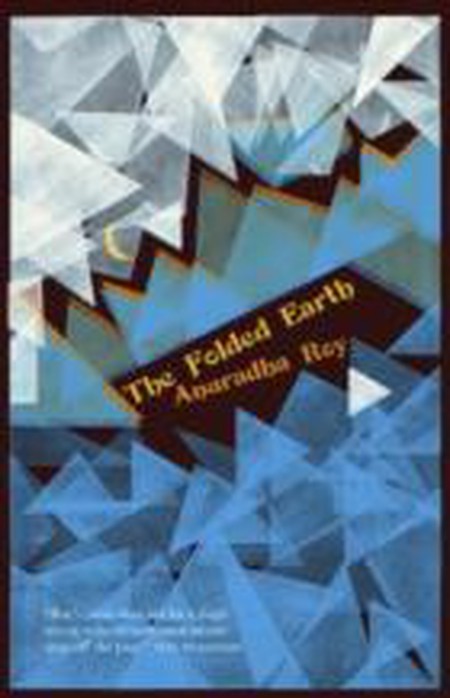 Set in a remote town in the Indian Himalayas Anuradha Roy’s The Folded Earth follows the fortunes of Maya, a teacher in this remote region, who is attempting to write the story of her landlord, Diwan Sahib, an eccentric relic of the times of the Maharajahs. Whilst Maya works to compose the magnum opus that would do justice to this archaic figure, she struggles with memories of loss and personal devastation, as well as new loves and the complex panorama of contemporary Indian politics and religion. Roy’s novel offers a perspective on the nostalgia for the Raj common amongst certain sectors of Indian society whilst also engaging with the darker passages of India’s history and the more intractable quandaries of its contemporary politics. 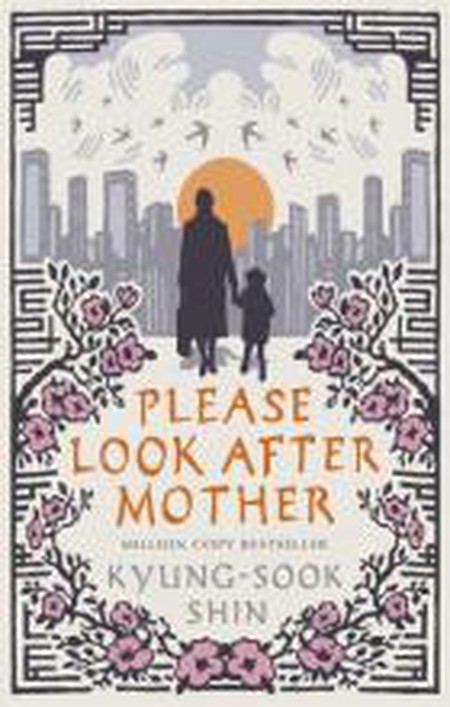 Kyung-Sook Shin (South Korea) – Please Look After Mother
One of the most acclaimed South Korean writers of her generation, Kyung-Sook Shin has been awarded various literary prizes including the Manhae Literature Prize, the Dong-in Literature Prize, the Yi Sang Literary Prize, and France’s Prix de l’Inaperçu. Please Look After Mother is her first work to be translated into English, following its monumental success in South Korea where it sold more than a million copies. It depicts a family’s search for their missing mother, who disappears amid the packed crowds of the Seoul Subway station. In revealing the impact this dramatic disappearance has on the mother’s close family Kyung-Sook shin examines the way in which South Korea’s rapid modernisation has affected the conventional family unit in this deeply traditional society. 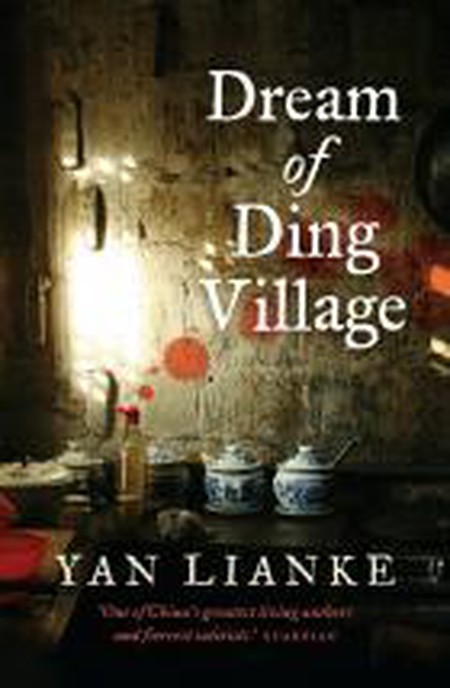 Revered in his home country of China, Yan Lianke has been called one of the bravest writers working today as he often incurs the wrath of the Chinese authorities with his satirical, polemic novels. Dream of Ding Village, which has been banned in mainland China, continues in this vein. It focuses on the tragic consequences of an AIDS outbreak in a Chinese village, and the bureaucratic negligence and ineptitude that both causes and prolongs the suffering of the village people. Dream of Ding Village’s detached prose style and allegorical form have seen it compared to Albert Camus’ The Plague and it offers a similarly bleak perspective on the failures of bureaucracy in times of crisis. 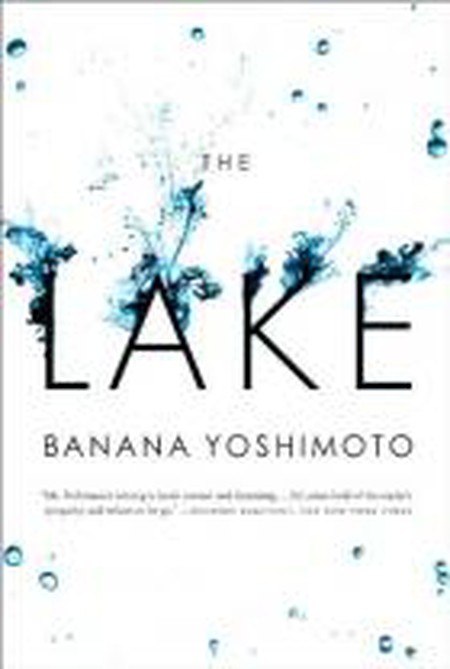 Banana Yoshimoto has established herself as one of the preeminent Japanese novelists over the last few decades with her quirky works attracting a massive readership both in Japan and abroad. She is renowned as the voice of a frustrated and exhausted post-boom generation in Japan which struggles with the uncertainty of contemporary existence. The Lake is one of Yoshimoto’s darkest novels and it focuses on an unconventional love story between two outsiders struggling to come to terms with past grief. Whilst the novel enters into more troubled terrain than Yoshimoto readers will be used to the novel still shows traces of her distinctive ‘pop literary’ style. 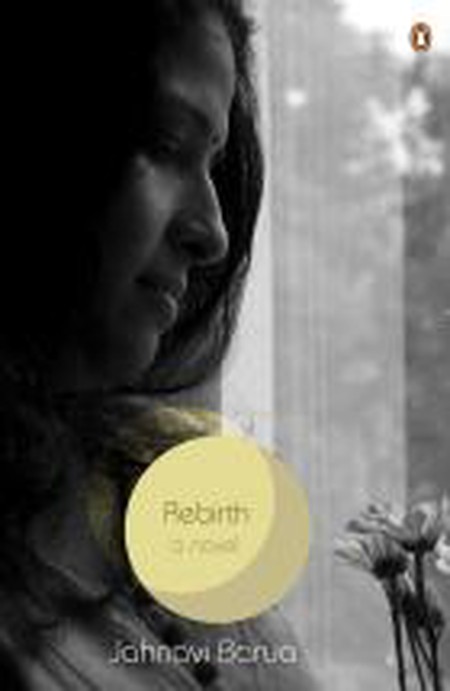 Jahnavi Barua (India) – Rebirth
Jahnavi Barua is a former doctor based in Bangalore who has decided to devote herself to a fiction writing career. Rebirth, her first novel, follows a critically acclaimed short story collection entitled Next Door. In Rebirth Barua tells the story of Kaberi, a young woman who finds herself in the midst of an unhappy and uncertain marriage. Trapped between the unfaithfulness of her husband and the strict bonds of tradition Kaberi finds some consolation in her relationship with her unborn child. Barua’s novel is a beautifully composed meditation on the paradoxically liberating ties of family and love. 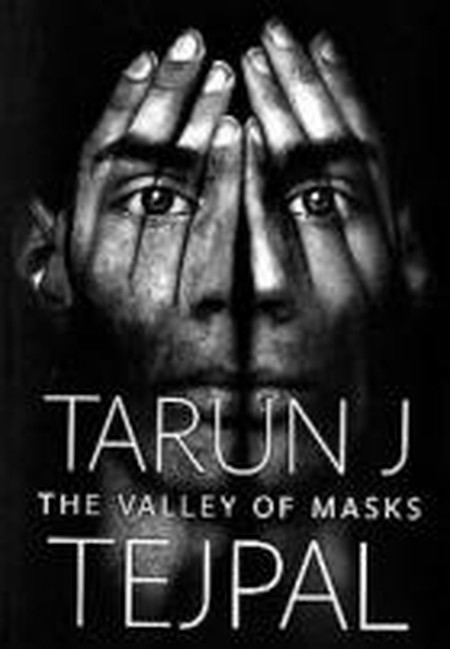 Tarun J Tejpal (India) – The Valley of Masks
An Orwellian parable which explores the relationship between political power and religious purity, Tarun J Tejpal’s The Valley of the Masks offers a uniquely disturbing and thought provoking reading experience. Tejpal is a well-established journalist in his native India, where he has founded Tehelka, a news organisation dedicated to progressive, public interest journalism. The Valley of Masks is a chilling vision of a dystopian future in which fanatical religious leaders use violence and fear as political tools. It is an allegory which implicitly attacks the sectarian strife which has blighted the Indian subcontinent for many decades and which is often politically motivated and orchestrated by individuals for their own ends.