The 10 Best Street Foods You Will Find In Asia 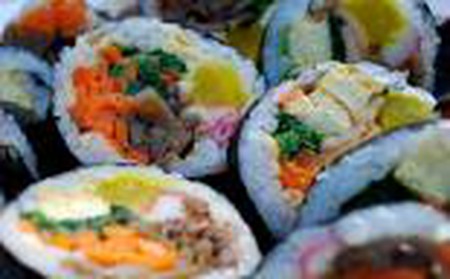 Street food in Asia is something that supports the development of cities, provides quick snacks for people in a rush, and enables poorer people with fewer cooking tools at home to buy food that is full of flavor and cultural history. Some of the found recipes are those which have gained international popularity, but their origins are rooted deep in Asian culture, as well as disputes between countries claiming to have created them. 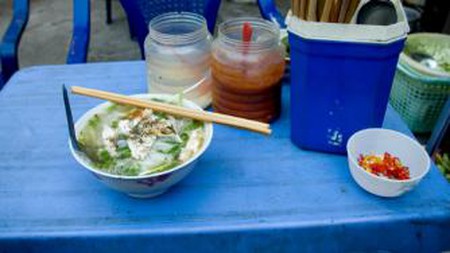 Pronounced ‘fuh’, this rice noodle soup originated in Vietnam and following French colonization has since spread across the oceans to become one of the most popular Asian dishes. It is thought to have originated in the 20th century in the northern part of Vietnam, near to Hanoi in the village of Vân Cù and its surrounding villages. It began as street food, and continues today to be one of the most popular street cuisines in Vietnam and across southeast Asia. The most common derivatives are made with chicken or beef broth. 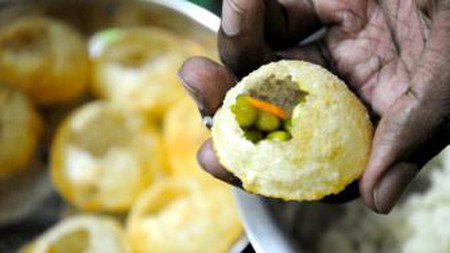 Hailing from the Magadha region of India, panipuri is a delicious snack food which is readily available from vendors here, but it is also very popular in Pakistan, Nepal and Bangladesh. The dish consists of hollowed puri (unleavened Indian bread that has been deep fried) which is fried until very crisp, then filled with a number of ingredients including potato, chickpeas, coriander, chili and chutney. Pani (flavored water) is then added, giving the filled ball a burst of flavor when eaten. Over the years it has been given a range of different names, many of which refer to the popping noises that it causes when eaten. 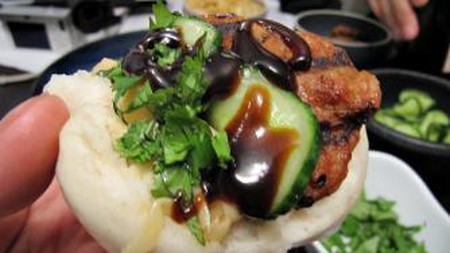 Known as the ‘Taiwanese hamburger’, gua bao is made using a steamed bun, which gives a chewy and soft texture, in addition to pork, pickled greens, coriander and ground peanuts. The sweetness of the steamed bun is complemented by the sweet ground peanuts, and both of these flavors enhance the rich fatty pork in a way that has made this street dish popular in Taiwan, so much so that it has even spread to foodies across the borders who have adapted the dish for vegetarians. The burger is often served with chili sauce, and its slightly open front displaying its various fillings makes it a tempting option for those shopping around the night markets of Taiwan looking for a bite to eat. 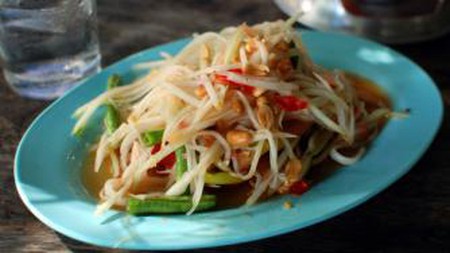 A popular salad sold from the food stalls of Thailand, som tam is essentially a green papaya salad made from shredded unripened papaya. It usually contains beans, lime, basil, pepper and garlic, with the ingredients being pounded together in a mortar, creating a light spicy meal. It can be found in different forms across Laos, Vietnam and Cambodia, but the sweetest version is found in Thailand, as it is here where ground peanuts are added to the salad. Due to its popularity, the Thai version has become international renowned and is easily accessible in cities around the world, however, for the best som tam, Bangkok street vendors merge sweet and spicy flavors perfectly to make the ideal light bite on a humid afternoon. 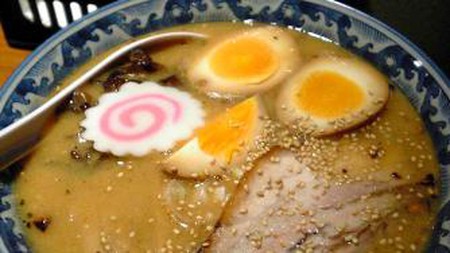 In Japan, street foods are generally sold from yatai, meaning ‘shop stand’. A common dish found at these is one which is synonymous with Japanese food and gastronomic culture, ramen. This noodle dish is today found virtually anywhere, from upmarket Japanese restaurants to readymade supermarket options. The popularity of this dish is immeasurable. Ramen is actually Chinese in origin, and research will show a conflicted history, rooted in Japanese and Chinese disputes. Initially a street food for laborers, there are now many types of ramen, and relative to the dish’s history, miso ramen is the youngest sibling of the group. It was created in Hokkaido, and its tangy flavor and miso fueled broth make it unique to Japan. 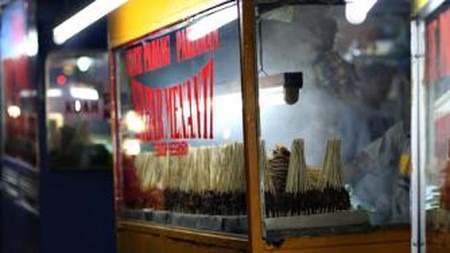 This simple dish is readily available from food stalls throughout parts of Southeast Asia, but it was introduced by Indonesia, where it can be found nationwide and has been marked as their national dish. Originally eaten in Java, the consumption of this dish was born through adapting recipes for the Indian kebabs that were brought to the area by Muslim traders. Chunks of meat are skewered and grilled, often slightly charred to enhance the flavor, and are commonly served alongside peanut sauce. The dish can also be made using tofu, which picks up the deep flavors of the fire, especially when cooked over wood. 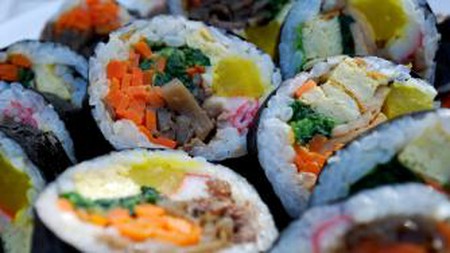 A variant of Japanese makizushi, the name gimbap comes from the two words ‘gim’ (dried seaweed) and ‘bap’ (steamed white rice). These moreish slices hail from Korea and vary in filling, but often contain fish, eggs and vegetables. The dish is notable as the rice carried a distinct flavor, which comes from being seasoned with salt and sesame oil before being made into gimbap. The size and adaptability of gimbap makes it ideal for street vendors within South Korea, and in supermarkets you can find other variants. Gimbap has peaked in popularity in South Korea so much so that many restaurants advertise themselves as places to go especially for the dish. 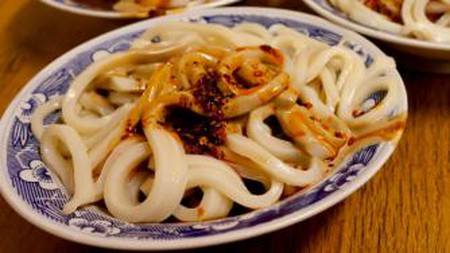 These thick and cold noodle-like strips are created using wheat or rice flour, and are usually served with vinegar, salt, sesame paste and chili oil. The dish is a common street food in China, and can be further enhanced by adding cold vegetables such as bean sprouts or cucumber, making it a refreshing yet tangy meal. Originally from the province of Shaanxi, the strips of liangpi are created from the precipitation of starch from the water-rinsed rice or wheat dough, which is then left in a bowl to settle until a paste is created. This paste then is worked over a flat surface and steamed to create the final noodle-like substance. The dish is light, but full of flavors. 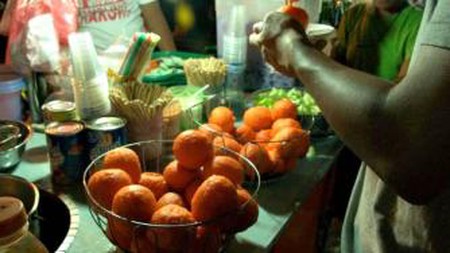 Much like the tempura created in Japan, kwek kwek is formed from an ingredient that has been battered and deep fried. In this case, the ingredient is a quail egg, and the batter is bright orange, making it easily visible at food stands. Kwek kwek is a type of tokneneng, which is the general term for the Filipino gastronomic tradition of battering then frying hard boiled eggs. Served aside a spicy dipping sauce, the battered eggs get their distinct orange color due to a spice called atsuete, which was introduced to the Philippines by Spain. If you’re in the Philippines and want to try traditional street meals but are too squeamish for the ‘balut’ roadside snack (a boiled, fertilized egg), then this is the safer option. 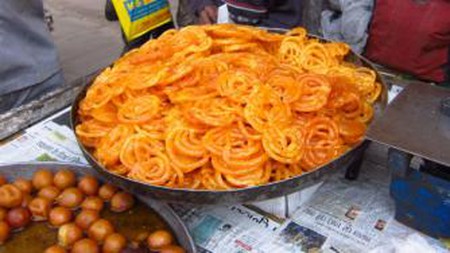 The street food of jalebi is a sweet snack that is enjoyed by many across South Asia and parts of the Middle East and North Africa. These are chewy and sweet, and are served both warm and cold. In Pakistan, the sweet is one of the most popular available and it is regularly consumed during public holidays and times of celebration. Thought to be from India originally, jalebi is made using wheat flour which is then used to create a batter. The mix is deep fried into various shapes, and soaked in sweet sugar syrup, giving it a chewy texture and delicate sugary shell. It is thought that the sweets date back as far as AD 1450, and were used in the 15th century when it was given to the poor during Ramadan.