The 8 Oldest Religions in the World

Though most religions make it a point to claim their teachings have been consistent since the dawn of time (whenever that was), spiritual traditions have appeared and disappeared throughout the ages with the same regularity as empires. And if such ancient faiths as Manichaeism, Mithraism, and Tengriism are all but gone, a few of the oldest religions and practices are still around today. Find out what they are below.

Hinduism may not be a unified religion per se, or organized into a distinctive belief system, but Hindus (as they have been identifying themselves for centuries, the result of opposition with other religions) roughly follow the same central traditions, understandable to all the religion’s multifarious adherents. The first and foremost of these is a belief in the Vedas – four texts compiled between the 15th and 5th centuries BCE on the Indian subcontinent, and the faith’s oldest scriptures – which make Hinduism without doubt the oldest religion in existence. It has since evolved into a diverse and flexible tradition, notable, as the scholar Wendy Doniger puts it, for its ability to ‘absorb potentially schismatic developments.’ There are close to one billion Hindus in the world today. 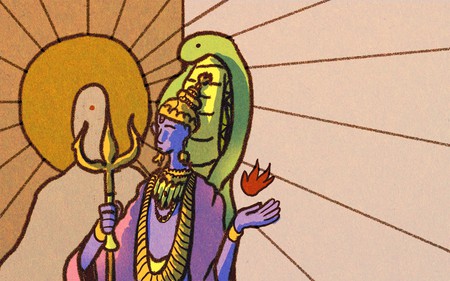 The ancient Indo-Iranian religion of Zoroastrianism (known to natives as Mazdayasna) – said to date back to the 2nd millennium BCE – emerged in its current version from the teachings of the reforming prophet Zoroaster (Zarathustra), who historians contend lived at some point between the 10th and 6th centuries BCE (they disagree somewhat). Extremely influential over the development of the Abrahamic tradition, it was the state religion of various Persian empires until the Muslim conquest of the 7th century CE, and survives in parts of Iran, India, and Iraq to this day, reportedly followed by some 200,000 people.

Yazdânism: Interestingly enough, three particular Kurdish religious variants (practiced among the Yazidis, Goran, and Ishik Alevis), grouped together under the umbrella neologism Yazdânism (Cult of Angels), have evolved from a mix of Islam and a Hurrian precursor to the Zoroastrian faith. They reconcile the existence of Abrahamic prophets with a doctrine of reincarnation, and the belief that the world is defended from evil by seven ‘angels’. This may make these creeds as old, if not older, as Zoroastrianism. 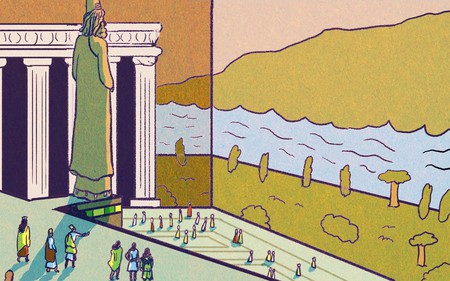 The foundation for all other Abrahamic religions, and the oldest monotheism still around (though by no means the first – that is alleged to be a variation on ancient Egyptian faith called Atenism, which disappeared in the 14th century BCE), Judaism originated in the kingdoms of Israel and Judah, which first appeared in the Levant around the 9th century BCE. The religion morphed into its current form in the 6th century BCE, evolving from the worship of a state god based in a polytheistic worldview into that of a one ‘true’ God, codified in the Bible. If it is today followed by an estimated 11–14 million people, its two successor faiths – Christianity (1st century CE) and Islam (7th century CE) – are the world’s most popular, with a combined 3.8 billion adherents.

Once a dominant religion on the Indian subcontinent (before the rise of reform Hinduism in the 7th century CE), Jainism has fairly obscure origins. Its followers believe in the tirthankaras, omniscient preachers of the Jain path, whose defining characteristics are marked by asceticism and self-discipline. The last two tirthankaras are known historical figures: Parshvanatha (8th century BCE) and Mahavira (599 – 527 BCE). Yet archeological evidence proving the existence of Jainism only dates back to the second century BCE. Jains are said to number six to seven million worldwide.

If, like Buddhism, Confucianism must invariably be traced to one man – in this case, the Chinese politician, teacher, and philosopher Confucius (551 – 479 BCE) – it is worth noting that he himself maintained he was part of a scholarly tradition dating back to an earlier golden age.

Though the most humanistic and least spiritual creed on this list, Confucianism does provide for a supernatural worldview (it incorporates Heaven, the Lord on High, and divination) influenced by Chinese folk tradition. Since the teachings were first compiled in the Analects a generation or two after Confucius’s death, the tradition has gone through various periods of popularity and unpopularity in China, and remains one of the leading influences on modern Chinese folk religion. Strict Confucianists are said to number about six million.

Unlike most other religions on this list, Buddhism has a fairly clear history: it begins with one man, Siddhartha Gautama, known otherwise as Buddha. Based in the northernmost regions of the Indian subcontinent (most likely in present-day Nepal) roughly between the 6th and 5th centuries BCE, he was the founder and leader of his own monastic order, one of many sects (known as Śramana) that existed across the region at the time. His teachings began to be codified shortly after his death, and continue to be followed one way or another (and with major discrepancies) by at least 400 million people to this day.

Taoism can be traced with some certainty to a work attributed to the mythical Laozi (said to have been a contemporary of Confucius), the Tao Te Ching, whose oldest recorded edition dates back to the 4th century BCE. The religion evolved from a strand of traditional Chinese folk religion, and makes mention of masters and teachings from long before it was codified, including the god-like Yellow Emperor, said to have reigned from 2697 – 2597 BCE, and the I Ching, a divination system dating back to 1150 BCE. Today, an estimated 170 million Chinese claim some affiliation with Taoism, with 12 million following it strictly.

Though not codified until 712 CE in response to contact with mainland religions (namely, Confucianism, Buddhism, and Taoism), Shintoism is a direct descendant of the animistic folk religion of the Yayoi, whose culture spread from the north of Kyushu to the rest of Japan from the 3rd century BCE onward. Today, the faith is a unified account of ancient Japanese mythology, marked strongly by Buddhist influences, and followed by the vast majority of the country’s population (though only a small minority identify it as an organized religion). 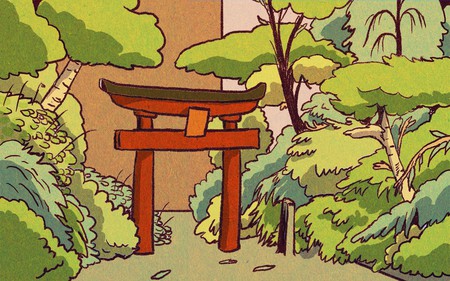 A note on methodology: Before getting into it, it is worth mentioning that determining a religion’s age depends entirely on how one defines what a religion is. All spiritual systems have roots in beliefs dating back millennia – meaning that the main differences between each are found elsewhere: in their codification and general uniformity, and the age of their wider precepts.

Not included, then, are the various animistic and shamanistic traditions (counting the Chinese folk religion, which lacks consistency and is partly constructed on Taoist and Confucian beliefs), as well as the modern revival of ancient religions such as Neopaganism or Mexicayotl (both traditions that were for a long time eradicated, and may differ in important ways from their original conception).

Likewise omitted is atheism, which, despite its natural rejection of organization, is known to have existed at least since the 6th century BCE (though we suspect it’s as old as the first stirrings of religious thoughts).