The Best Destinations in Southeast Asia 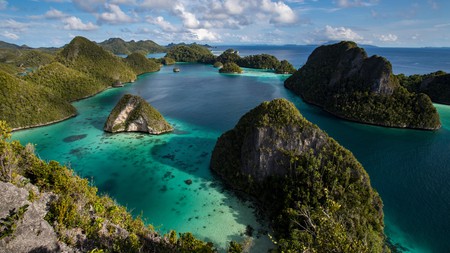 Spanning 11 countries, thousands of islands, hundreds of traditional cultures and countless natural wonders, the region of Southeast Asia could take a lifetime to fully explore. These 15 destinations each offer something different for the most discerning travellers. 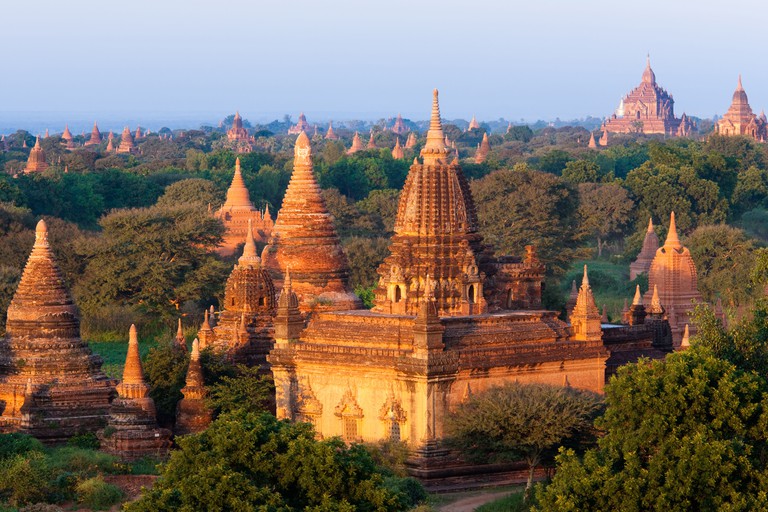 Move over, Angkor Wat. While the ancient Khmer ruins are undeniably beautiful, the towering Buddhist monuments of Bagan retain a rare magic unsullied by droves of tour groups. Some 10,000 Buddhist temples, pagodas, and monasteries sweep across a 42sqkm (16sqmi) desert-like plain encircled by the misty Bago Yoma mountain range in the distance. Each of the structures was built between the years 1057 and 1287, at which point the kingdom fell to invading Mongols. They have since been restored and protected by Unesco. Today, the best way to experience this step back in time is by renting a bicycle or one of Bagan’s signature electric bicycles to tour the enormous grounds at your own pace, joined only by passing tourists on their own routes, groundskeepers and local villagers going about their day, as well as the occasional monk. 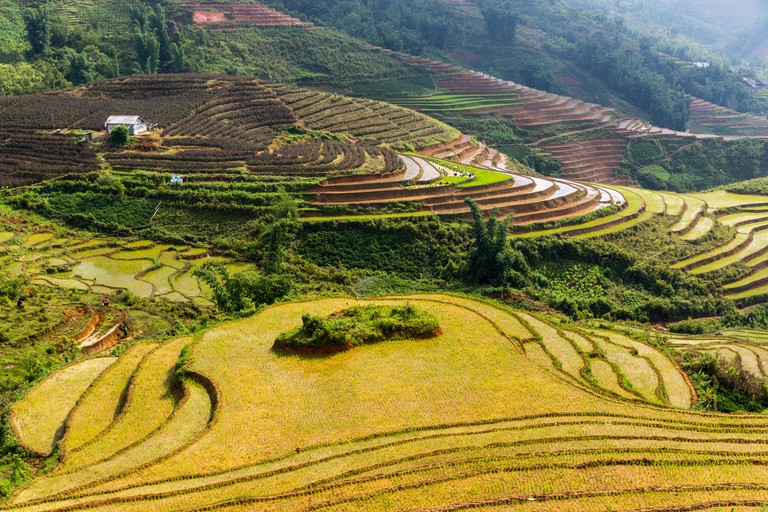 High in the Hoang Lien Son mountains of Northern Vietnam is the remote village of Sa Pa, itself more reminiscent of the South Asian trekking hotspots than of regional jungles and beaches. Aside from the breathtaking beauty of the highlands, the culture that has developed over time in the Lao Chai Province of Vietnam is unlike the rest of the country, home to several ethnic tribal groups that settled in the region generations ago and have since established their autonomous identities after decades of strife among Vietnamese independence fighters and French imperialists. Today, Sa Pa’s grandest attraction is its crowning peak, Fan Si Pan – the highest mountain in Vietnam at 3,143m (10,311ft) above sea level. For the casual hiker, however, Hoang Lien National Park offers a picturesque mountain landscape sprinkled with valleys of terraced rice paddies, as well as a unique forest ecosystem home to several endangered species and small tribal villages. 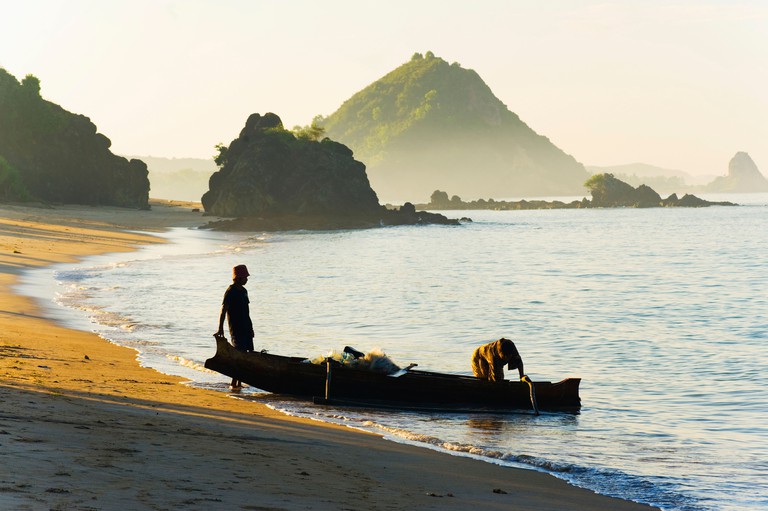 Not to be confused with Kuta Bali, this quiet little surfing town has all the beachy vibes and coastal charm of its Balinese cousin, but without the heavy commercialisation and curated tourism industry – at least for now. Instead, the area retains its legacy as a fishing village, uninterrupted by the uptick in tourism, having adjusted itself nicely to the small numbers of visitors who pass through. Surfers of all levels will find it hard to move on from this world-class destination, with several hotspots offering surf cresting toward stunning white sand or volcanic rock beaches. Kuta’s coast also is a great jumping-off point to explore deeper into Southern Lombok and nearby Sumbawa. 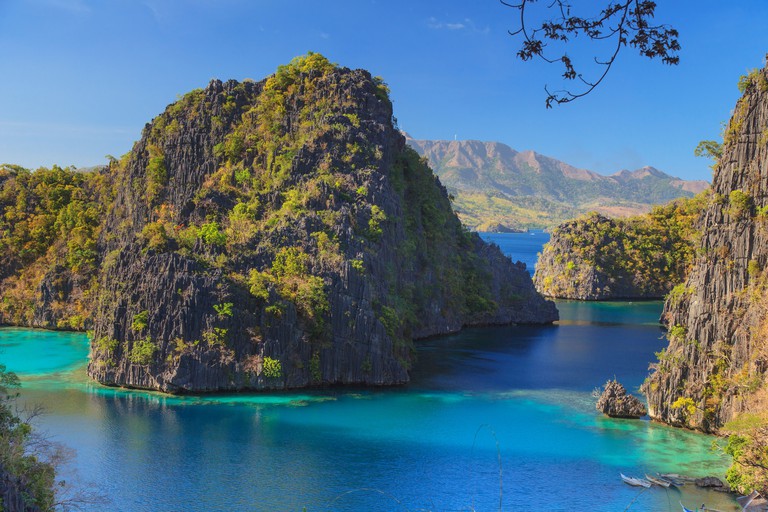 Palawan Island has been a top-rated destination for years and as tourists flock to El Nido to see first-hand the inspiration behind Alex Garland’s The Beach, a few hundred kilometers north lies Coron Island, El Nido’s quieter, more pristine and often more budget-friendly sibling. Along with the stunning limestone cliffs that have earned Palawan its reputation for incredible natural beauty, Coron’s waters are the final resting place for many WWII-era shipwrecks, the majority of which sunk during an air attack on the Imperial Japanese Navy in 1944. Today they are some of the best-preserved shipwrecks in the world. The mainland of Coron Island also sports some unusual lakes of mixed fresh and seawater, hot springs and easy access to tons of island-hopping itineraries. 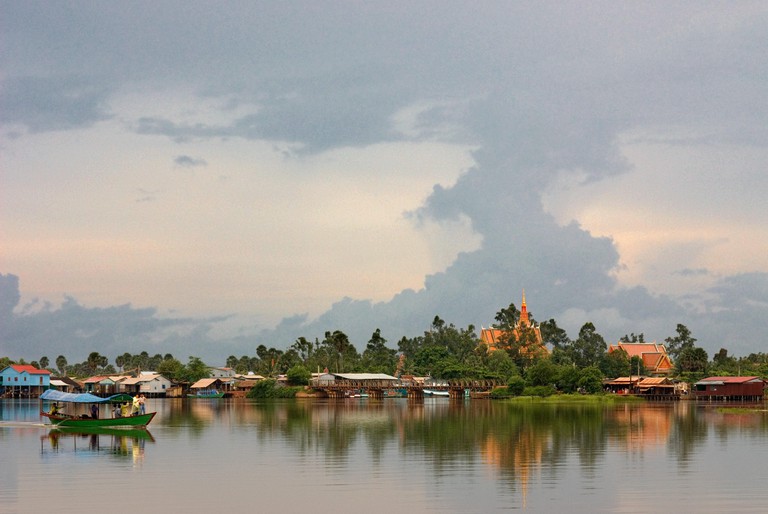 © Sergi Reboredo / Alamy Stock Photo
This southern region of Cambodia was once heavily influenced by French occupation, still evident today by the dilapidated colonial mansions that dot the countryside. The town itself is built around its namesake river and framed by the Elephant Mountains, with aging roadways extending into the countryside with its salt fields, rice paddies and water buffalo. The surrounding area Kep is famous for its world-class pepper plantations and crab markets and when the two synthesize you have a winning combination. Visitors can buy crab from fishermen literally as it is fished from the water and have it cooked up in the signature peppery taste of the local area. This coastline is also home to the Irrawaddy dolphin, a rare species that can thrive in either salt or freshwater environments and more closely resemble a beluga or orca than a typical dolphin.

The Gulf of Thailand is a destination in and of itself, an expansive arc extending along coastlines of Malaysia, Thailand, Cambodia and even Vietnam. To the west, the Chumphon Archipelago includes Koh Tao, Koh Samui and Koh Phangan; tiny and in some cases undeveloped islands with an enormous variety of activities and stunning scenery practically tailor-made for the discerning traveller. Across the Gulf to the east is the Vietnamese island of Phu Quoc and its 27 nearly entirely uninhabited islets, including Hon Thom, Hon Xuong and Hon Thom, connected to the main island by the world’s largest over-the-sea cable car. Back up North near Koh Chang the sleepy island of Koh Mak promises enduring sustainability as a slice of true paradise, entirely focused on ecotourism and limiting daily visitor numbers so it’ll never lose that undiscovered island vibe. 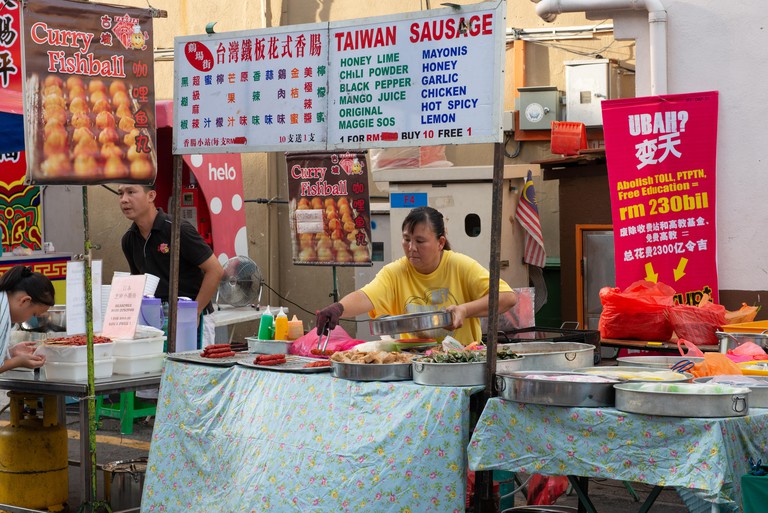 A food-centric city home to a number of expressive cultures, Malacca has been a destination for centuries as a vibrant port, drawing traders from India, China, the Middle East, Portugal, the Netherlands and the UK. Each visiting culture left traces of its influence seen today through the diverse architecture, unique Malaccan cuisine and entrenched culture that may as well be worlds away from nearby Kuala Lumpur. The region’s early history is hotly debated, with the only permanent records detailing accounts mixed in with local myth and legend. 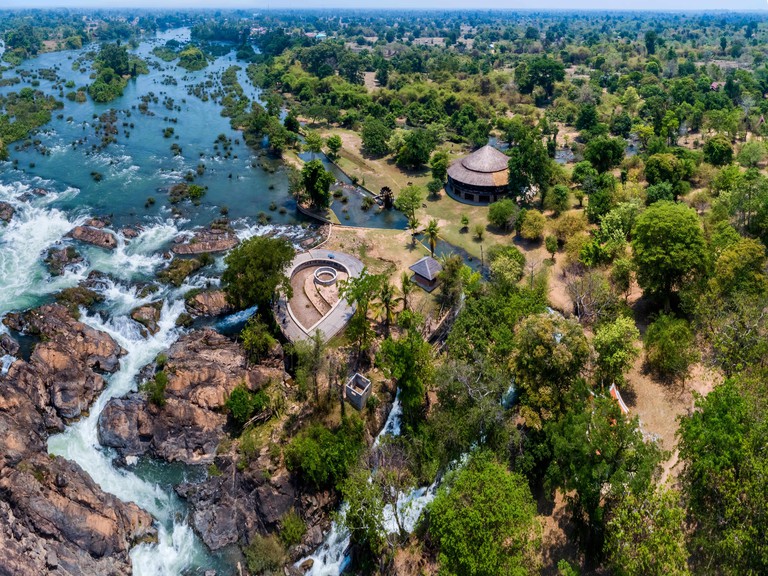 Also known as the Four Thousand Islands, this archipelago is spread across the Mekong River Delta in Southern Laos. The actual number of islands ebb and flow depending on the season, as some submerge under the monsoon rains, but perennially Don Det and Don Khon offer the best experience. From these bases, you can explore the greater delta kayaking with the rare Irrawaddy dolphins, trekking to Khone Phapheng Falls, the largest waterfall in Southeast Asia, and watch the region’s magnificent sunset over beachside campfires. 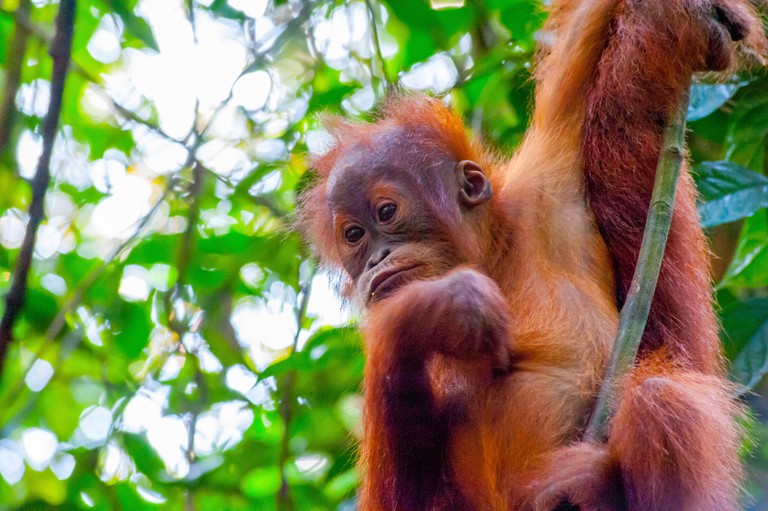 Indonesia’s largest island is the sixth biggest in the world, sat squarely on the equator in the country’s rugged west. Exploring the north of the island you’ll encounter Lake Toba, the world’s largest volcanic lake with its own nascent island, Palau Samosir, formed some 75,000 years ago, itself the largest island within an island on the planet. Samosir has a rich and exotic history dominated by its indigenous peoples, the Batak tribes, who today still practice and adhere to many elements of their native cultures. Sumatra is also one of two places left on earth home to wild orangutans. 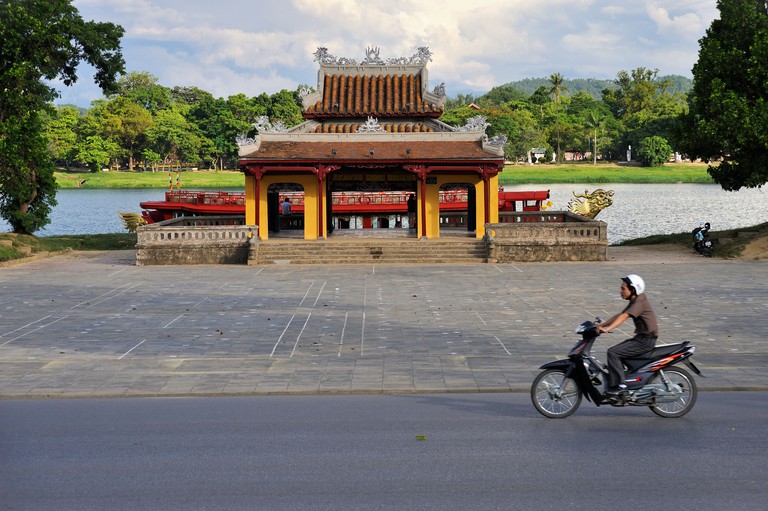 Vietnam’s ancient capital city lies on the central coast between Hanoi and Ho Chi Minh City. Sitting astride the Perfume River, the city originally held the seat of the Nguyen Dynasty until it fell in 1945. The rich history of Vietnam is held in the very spirit of this coastal town and to experience the intricacies of Vietnamese culture here is like a textbook come to life. The Imperial Citadel is the central structure in Hue, with sacred pagodas extending for kilometres outside the main complex. Then there are the royal tombs and iconic Forbidden City – a site without the crowds of its Chinese counterpart. Finally, don’t leave without sampling the local speciality, Banh Khaoi pancakes, which pair well with the area’s namesake microbrew. 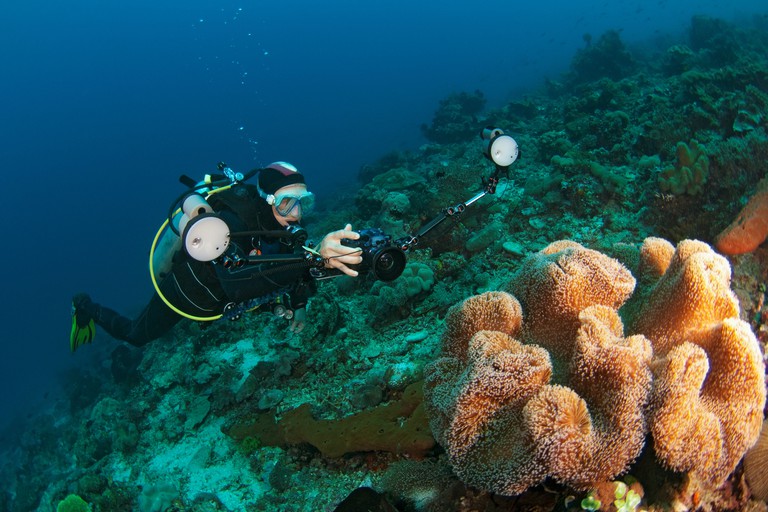 This small island off the north of East Timor’s capital city of Dili is the stuff of tropical dreams. In fact, scientists estimate that Atauro’s surrounding waters are some of the most biodiverse on the planet, home to hundreds of colourful fish and marine life, including many rare creatures and species unique to Atauro itself. On land, the island’s silhouette is dominated by its conical mountains that give way to incredible trekking opportunities and the local villages are full of the area’s unique culture and history. The indigenous people speak four different languages apart from the growing English proficiency and everything from the architecture to the food has been subtly influenced by Portuguese control of the island paradise, which lasted until 2002. 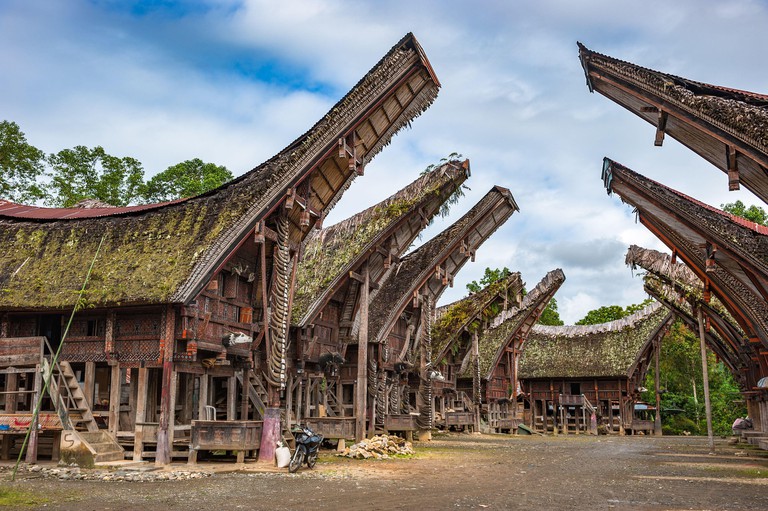 Known for world-class scuba diving, this region is shrouded in magical tradition, deeply engrained mythology and whirlwind history. The earliest settlement of the region dates back as far as 30,000 BCE and over time the Bugis people – known for their early adherence to Animism, the belief that objects, places, and creatures all possess a distinct spiritual essence – entrenched their dominance in the region that extends to this day. Early traders to the area even coined the term boogeyman, inspired by the Bugis’s mastery of sailing and the seas. Today, Bugis tradition is still greatly entrenched, especially in traditional villages like Toraja. This ancient city still practices customary Bugis funeral rites, which can last for weeks or even months (corpse included) and are often attended by thousands of people. The Bugis believe that death is not a sudden, drastic event, but a time for community celebration as the soul journeys to Puya, their version of the afterlife. 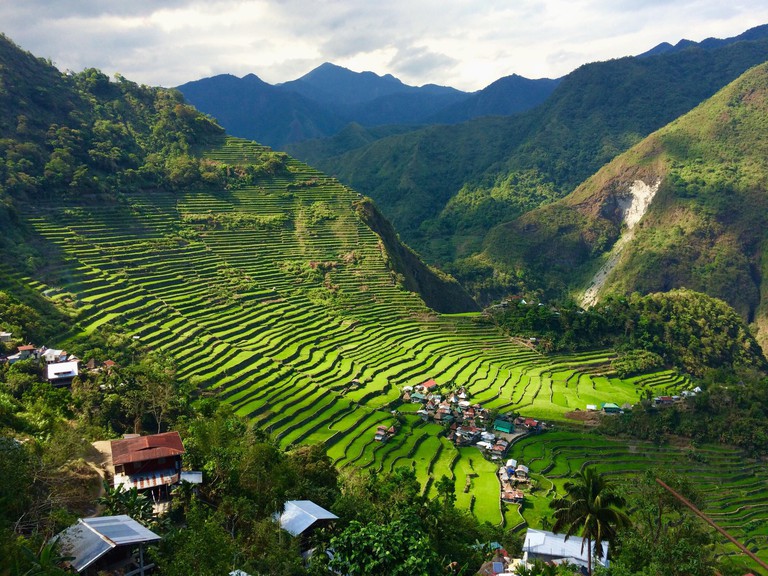 This tiny village of fewer than 1,500 people is framed by the spectacular, amphitheater-like Ifugao rice terraces, heralded as the most remote and beautiful in the world. Reportedly built by hand more than 2,000 years ago, the journey to get to Batad is half the experience, accessible by jeepney – retrofitted, usually wildly painted military vehicles left by the U.S. Army after WWII – and gloriously devoid of much internet or cellular connection. Outside of the central village, there are stunning viewpoints, the Tappiyah Waterfalls and an even smaller sub-village called Patpat Sitio. Local villagers also invite visitors to see facets of the area’s traditional economy, including homemade Infugao weaving and knives, wood carving, coffee and rice wine. 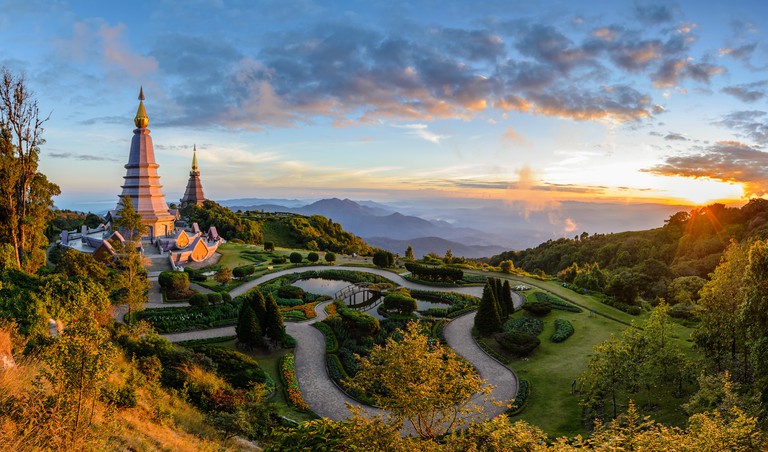 Bangkok’s little sister to the north offers all of the trappings of Thai city life, with colourful night markets, world-class cuisine and all the temples you can handle – but with a distinctly Thai vibe. The city also acts as the perfect jumping-off point to check out some of the country’s most beautiful areas and landscapes. The historical centre is the walled city, itself containing more than 30 temples and monuments dating back to the 13th century. Just outside the city, you can visit the Bua Tong Waterfalls in Sri Lanna National Park, The Elephant Nature Park, trek to hill tribe villages, mountain bike on Doi Suthep mountain and even take a short trip to nearby Pai, a small, diverse mountain community that’s become an eccentric hotspot for backpackers in recent years. Don’t forget to check out Chiang Mai’s extensive festival schedule before arriving – from its February Flower Festival to November’s Loi Krathong lantern release, there’s nearly always something going on in the bustling cultural centre of the north. 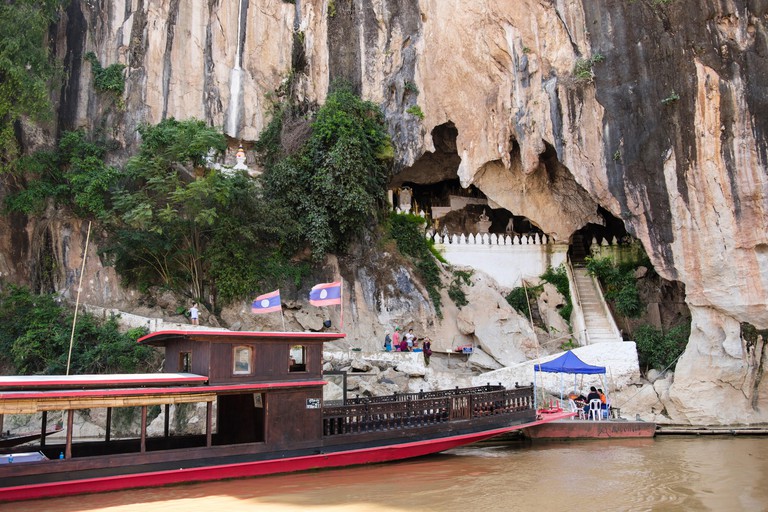 © Realimage / Alamy Stock Photo
Laos’s ancient capital city is today a sleepy area at the intersection of the country’s two main rivers. The town maintains a deep French colonial influence, particularly in its architecture which is uniquely blended with the well-preserved religious and cultural heritage of the indigenous population. One deeply entrenched cultural tradition is the daily alms ceremony. Each morning at dawn since the 14th century, Buddhist monks in saffron robes collect alms of rice from kneeling villagers. Outside the main village, there is seemingly endless natural beauty to explore – from the Phou Si hill, Vat Cieng Toug, the oldest monastery in the city, Kuang Si Falls, Pak Ou or ‘Buddha’ Caves and Tad Sae Wateralls, which even has its own zipline.
Give us feedback