12 Amazing Asian Cities You Should Visit Before You Die 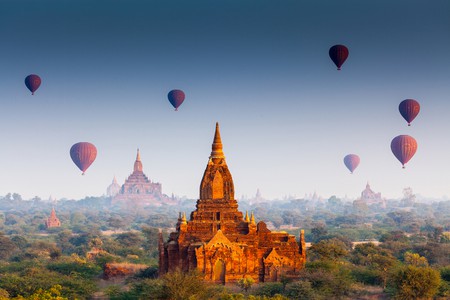 Asia has its share of modern iconic cities, and smaller, historic and culturally significant towns spread across the massive continent. We explore the 12 most amazing Asian cities that everyone should aim to visit at least once in their lifetime.

Located off the West Coast of Malaysia on the stunning island of Penang, George Town is an historic city listed as a UNESCO World Heritage Site. With beautiful heritage buildings, intriguing street art and a wide selection of gastronomic delights, Penang is a haven for culture and food lovers. As the city is quite small, visitors can explore on foot, taking in the visually impressive sights all along. The Cheong Fatt Tze Mansion, the Armenian Street, and Little India, among others, are certainly must-sees. After a long day of sightseeing, visitors can then enjoy lively evenings when the city truly comes to life, and locals head to street hawkers for delicious meals. 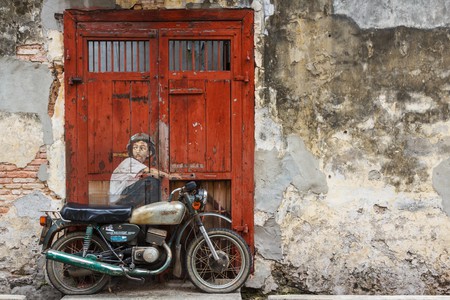 Bandar Seri Begawan – the capital of Brunei often referred to as Bandar – is one of the most interesting cities for foodies, and is certainly worth a visit. With many influences from around the region, especially from Malaysia, Indonesia and Singapore, the country’s cuisine is a tasty fusion of Asian flavours. Needless to say, eating is a favourite past time amongst locals, and there is no shortage of outstanding restaurants. But Bandar is also home to a beautiful water village – which is best visited on board a water taxi – beautiful mosques, lush green nature and interesting museums. 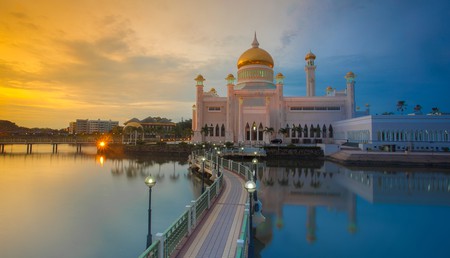 Yangon is Myanmar’s biggest city, which is notable for its religious, historical and political significance. It is the ideal starting point for those willing to expand their knowledge on local customs and traditions. Those seeking adventure will soon realise that the city offers many opportunities to experience urban life the way the locals do. Travelers can take the circle line train to enjoy stunning sights such as markets, rice fields, and bustling villages, but also to witness locals hopping on and off with bags of vegetables, fruit vendors looking for customers across wagons and more. Yangon is also home to one of Asia’s most stunning Buddhist shrine; namely the Swedagon Pagoda, and a colourful and animated downtown area full of old and charming streets. 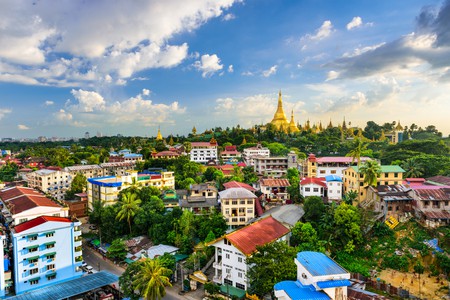 The North of Thailand is the cultural hub of the country, and Chiang Mai is the ideal city to explore for its delicious cuisine, spiritual sights of interest, hill tribe villages, trekking, elephant riding and thai massage learning opportunities. Surrounded by beautiful mountains and green countryside, this peaceful and quiet city is a cosmopolitan one which attracts both locals and foreigners. Once a capital at the time of the Lanna Kingdom, Chiang Mai is a city rich in culture and history, with over 30 temples which combine Lanna Thai, Sri Lankan and Burmese styles located within the old city walls. 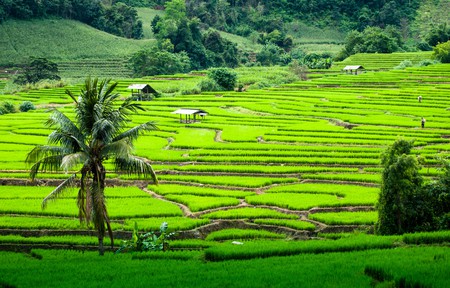 Tokyo is by far one of the most fascinating, vast, hectic and wealthy Asian cities. Offering a combination of insights into what ancient Japan used to look like and futuristic high-tech systems, it is a city where tradition and modernity go hand in hand. To the delight of travellers, Tokyo has something to offer everyone. Every single district has its own distinct character. From electronic hubs to Imperial shrines, gardens to Cosplay culture haunts, Tokyo has it all. Often, a total contrast is just one train stop away. Tokyo is best enjoyed wandering around and taking in the vibe of the many different districts. 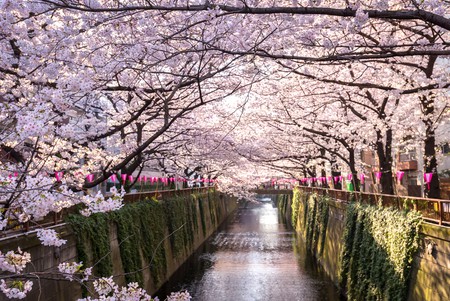 Yogyakarta, often referred to as Jogja, is the cultural centre of Indonesia. The city is known for its beautiful narrow and winding historical alleys, the friendly nature of local people, tasty and somewhat sweet local dishes, and a fascinating local arts scene. This is where visitors can get a real glimpse into local traditions and customs, try their hands at making batik, play music instruments, watch puppet shows and dance performances, and wander around the stunning narrow alleys in search of delicious street food and incredible art. Visitors can also explore the nearby Hindu and Buddhist temples; namely Prambanan and Borobudur. 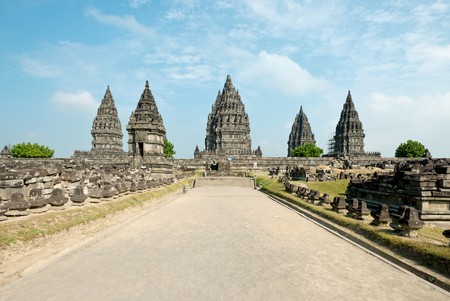 As the gateway to the world-famous ancient Buddhist temple complex Angkor Wat, Siem Reap is one of Cambodia’s most visited and well-known cities. Prices might be a little higher than in the rest of the country, but Siem Reap has managed to maintain a laid back and relaxing atmosphere. Visitors will find all the modern facilities they can think of in a local and somewhat traditional setting. Villages with houses on stilts are must-sees in the area, and night markets are fun to wander around. 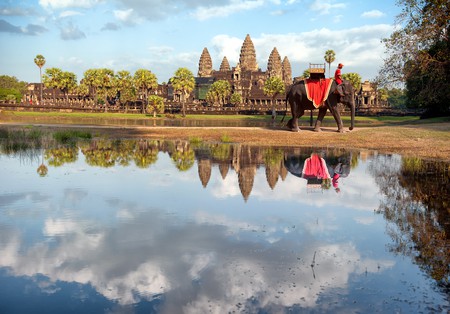 Hoi An is one of the most beautiful Vietnamese cities. Its Old Town is classified as a UNESCO World Heritage Site, as the area has over 2000 years of history. Back then, Hoi An used to be the main strategic port of the Cham Kingdom, where they controlled the spice trade. From the 16th to the 17th century, it was an important international port, and influences from all around are still reflected in Hoi An, even though the main cultural heritage comes from the Cham people, followed by the Chinese. The Old Town is incredibly beautiful to walk around, with all its narrow and winding lanes, and Chinese style shop houses – it gets even more atmospheric at sunset. It is also very common, and good value for money, to go to the local tailor for custom made suits. 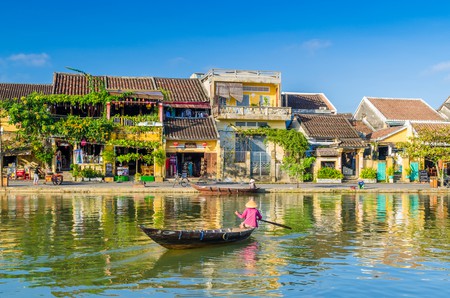 Hong Kong is a modern, wealthy and cosmopolitan city with a multitude of faces, shaped by both Cantonese Chinese and British colonisation. It is also a major East Asian hub with connections to many strategic cities in the world. Today, Hong Kong is home to people from so many different cultures that it contains as much influence from Vietnam as it does from Canada. This explains why Hong Kong proclaims itself as ‘Asia’s World City’. Tall skyscrapers and an important financial centre characterize the city’s urban landscape. The Peak is the highest point in Hong Kong, offering some of the most stunning views of the city. 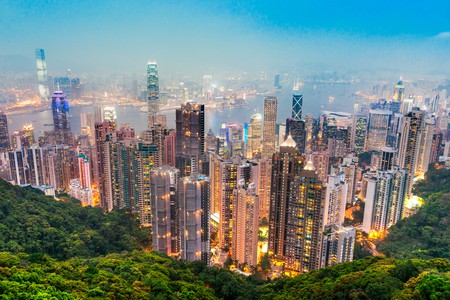 With over 23 million people living in the city, out of which 9 million are migrants, Shanghai is the most developed and largest metropolis in mainland China. Back in the 1930s, it was the most prosperous city in the region. Over these last 20 years, Shanghai has seen a huge flow of visitors who come to find both the modern and traditional riches the city has to offer. The Huangpu River splits the impressive city in two – Puxi and Pudong. Puxi is the old part of the city, which takes visitors back to the 19th century, and Pudong is where all the skyscrapers have appeared since the 1980s. 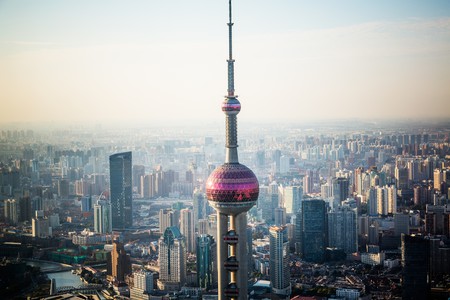 Located in the Bicol region of the Philippines, Legazpi is home to Mount Mayon, which is considered the world’s most symmetrical volcano. Visitors can indulge in the delicious local cuisine, hop on a jeepney and visit the intriguing and eerie Cagsawa Ruins, wander around some of the beautiful churches and local markets, trek the active volcano, and much more. They can also head to the nearby town of Donsol to swim with the impressive whale sharks, or even travel less far afield for a religious pilgrimage at the stunning Kawa-Kawa Hill in Ligao where large statues depict the stations of the cross. 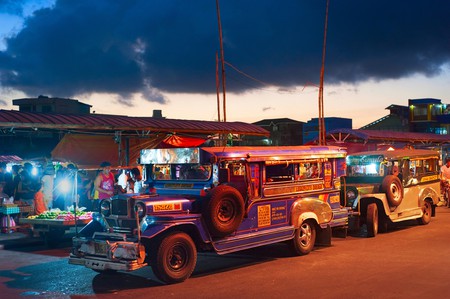 Located right in the centre of Vietnam, the former imperial capital – Hue – is one of the most stunning places to visit with its endless number of breathtaking pagodas, palaces, temples, century old Citadel walls, delicious cuisine and rich history. This charming UNESCO World Heritage Site is situated on the beautiful Perfume River, which is most picturesque on sunny days. Hue is the perfect place for those in search of cultural adventures; there is never a shortage of things to do or see. 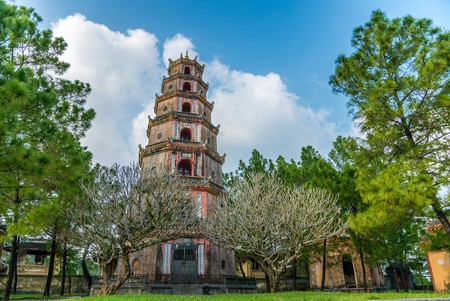