The 10 Healthiest Foods From Asia 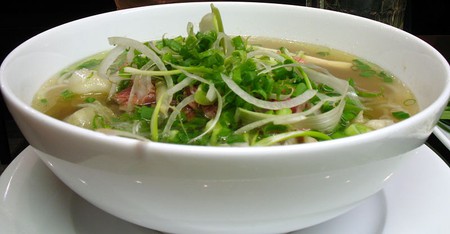 Asian food on the whole is much more healthy than Western cuisine. With the lack of dairy, fat and additives, along with a focus on zingy flavour and fresh ingredients, it’s easy to find healthy options on any Asian-inspired menu. We take a look at some of the healthiest dishes or foods to come from the continent. 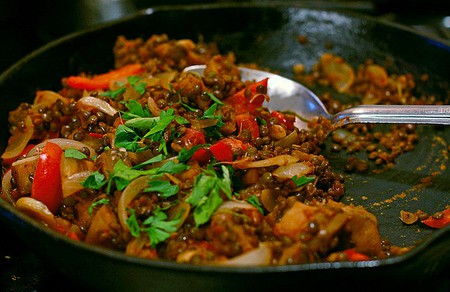 While not an exciting feature of Asian cuisine, vegetable fried rice can be a filling meal by itself and contains nothing more than vegetables, rice, and various other spices or sauces depending on the region. While mostly associated as an accompaniment to Chinese dishes, vegetable fried rice is also common in southern Asia as well as the Far East; since rice is the main source of carbohydrate for India and surrounding countries, it is not surprise that they too have a twist on this dish. If rice and vegetables doesn’t sound particularly tempting, flavours such as soy sauce, sesame oil or masala paste can add a bit of a kick. 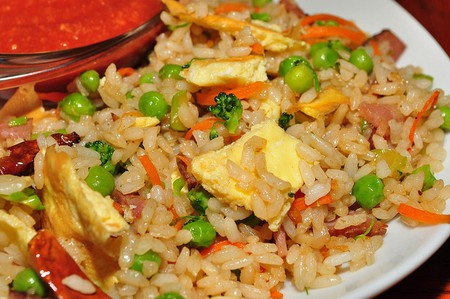 Pho is essentially a noodle soup, made up of a usually meat-based broth with vegetables, herbs and spices. The meat is usually lean beef or chicken, or tofu is a common vegetarian replacement. The dish is heavy on protein and low and fat, making it a great source of energy, with the vegetables added some extra nutrition. Often in Vietnam it is eaten for breakfast, making it a great meal with which to start the day. Depending on the restaurant or area of Vietnam, Pho can be made with different varieties or mixes of herbs, giving each a slightly different flavour.

While outside of Thailand green curry can be quite creamy and rich, the authentic Thai version of this popular dish is far more spicy, and healthy. The main ingredients are a protein (often chicken or fish), vegetables, green curry paste (chillis, lemongrass, coriander, among other herbs and spices), and coconut milk. When served with rice or rice noodles, the dish can be filling without having to eat too much, with the lean meat or fish adding protein and energy. The coconut milk adds a touch of sweetness without adding too much fat to the dish. 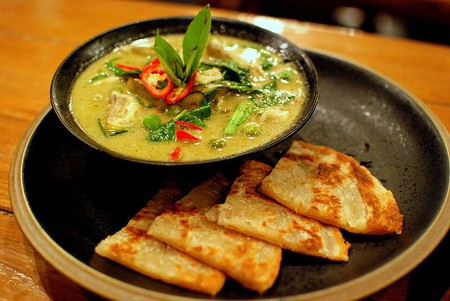 Traditionally, Asian condiments, side dishes and snacks are far healthier than their Western counterparts. While Westerners typically choose sugary, packaged products such as ketchup or fatty options such as mayonnaise, condiments in Asian cuisine will typically be more natural. Soy sauce, tamari (similar to soy) or sambal (ground chilli paste) are examples of condiments made with natural products and are therefore far healthier. For snacking, Asians generally go for nuts or dried fruits instead of crisps or biscuits. Without a diet filled with unnecessary additives, fat and sugar, Asian food will on the whole be healthier than Western food. 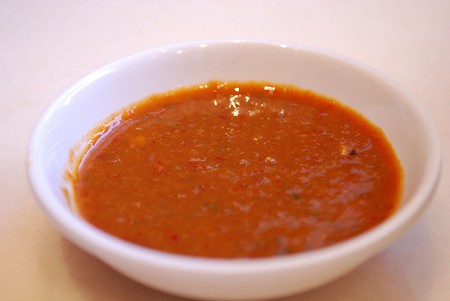 While some varieties of sushi can be deep fried, much of it is actually very healthy. The key ingredient in sushi is rice, which can be brown or white, and much if it comes with raw seafood (although much sushi is simply rice and vegetables). Since the seafood is raw all the nutrients are preserved and not lost through a cooking process; vegetable alternatives are also clearly as nutritious. Of course, strong flavours such as ginger, soy sauce or wasabi add some spice and additional flavour.

A common dish in many eastern Asian countries (but primarily China), a stir fry is a tasty and healthy way of eating vegetables, since it involves minimal cooking and therefore keeps the vitamins and other nutrients (as well as the crunch). The sauce, vegetables and protein can vary, but most stir fries will include ingredients such as ginger, chilli, garlic, soy sauce and sesame oil. The quick frying also maintains the colour of the ingredients, making it an attractive and appealing dish. 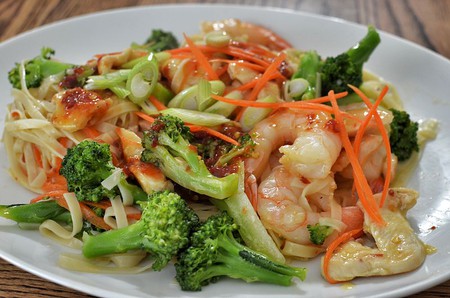 In much Asian cooking, fish is prepared on the grill, which is one of the healthiest ways to eat it. Grilling avoids too much grease or batter, and can take any extra fat away from the protein. Additionally, grilling allows for the fish to be cooked quickly which maintains a fresh flavour. Grilled fish can be served with noodles, rice, in a broth, or with a simple salad, and is often coated in typical flavours including soy sauce, lemongrass or ginger. Fish that are common in east Asian cooking include salmon, tuna, tilapia, or sea bass. 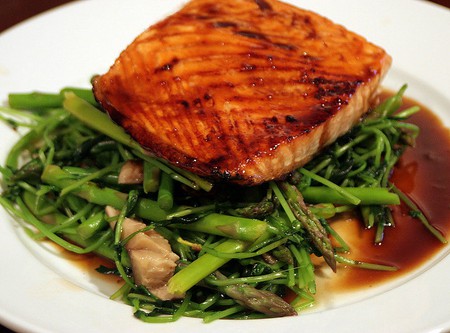 So not exactly a food, but studies have shown that eating food with chopsticks means that on a whole less food is consumed. Especially amongst Westerners who are not well practised in the use of chopsticks, the process is more time consuming which means diners are more likely to realise they are full before they’ve finished the dish. When using regular cutlery, it is more likely that they will have finished the meal too quickly for the brain to acknowledge that the body has eaten enough. Consequently, chopsticks can help people to eat just enough rather than too much, which can helps with weight loss.

Japanese and Korean cuisine share barbecuing traditions, and a common style of barbecuing in both countries is fixing various meats on a skewer and placing them on the grill. This can be healthy as grilling allows the fat to drain away from the meat, and a large skewer of meat and vegetables can be very filling while being full of protein and vitamins. The meat can vary from basic beef or chicken to tongue, tripe and other offal. The meat is accompanied by vegetables such as shiitake mushrooms, bean sprouts and cabbage, all of which are common in both Japanese and Korean cooking. The healthy, protein-rich skewers are served commonly as street food. 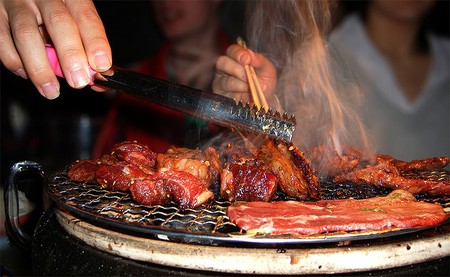 Asian cuisine is far more famous for its appetisers and main courses packed with strong flavours rather than its desserts. In general, dessert is not a course that many Asians will eat; if they do, it will normally be fruit. When they do enjoy a slightly more extravagant dessert, it will not be nearly as rich in fat or sugar as Western palates are used to. Some examples include red bean soup (a surprisingly sweet soup enjoyed in east Asia), mochi (Japanese sweet rice balls), or mango sticky rice (popular in Thailand). If dessert still seems necessary after a filling main course, Asian options tend to be far healthier. 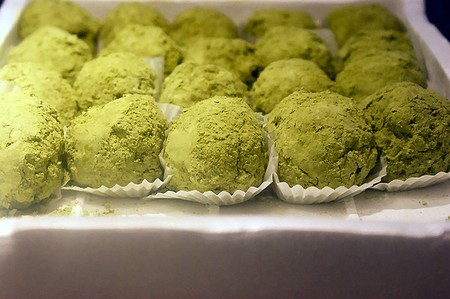