What Does the Swastika Symbol in India Represent? 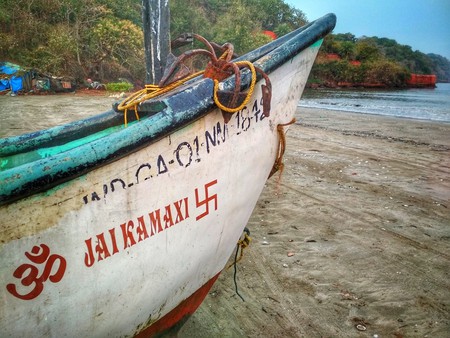 To the Western world, the swastika generally represents mass-genocide and hate. However, long before the symbol was made synonymous with the terrors of Nazisim in the late 1930s, the swastika was, and still is, an auspicious symbol widely used to invite good fortune in many Asian countries.

If you’re a traveller from the west who has been to Asia, there’s a high chance that you’ve noticed the swastika symbol dotted around and felt a little uncomfortable. Perhaps you’ve even felt a bit outraged. It’s painted on the entrances and doorways of homes and temples, marked on financial statements and is often constructed as a mandala for rituals such as weddings or welcoming a newborn. The swastika holds much reverence within the major religions of the east- Hinduism, Buddhism and Jainism – and is conducive to well-being, prosperity and luck. Because of that, it’s found everywhere. 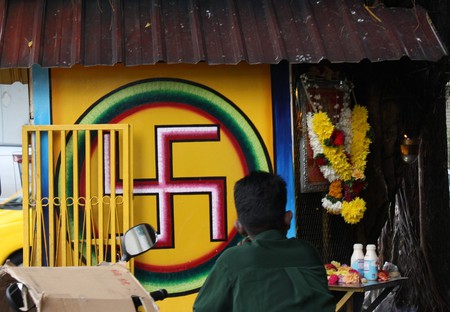 The swastika is a good luck symbol in India. | © Flickr/BernieCB

Within Asian culture, the use of the swastika bears no offence. To a Western mind, however, the symbol has often been met with confusion and controversy. Because of its radical misuse in the west and as a result of misinterpretations and misunderstandings of its meaning in the Asian context, this cross-cultural mix-up has been the source of offence and sometimes even accusations because of the stigma that it has picked up in other cultures.

The origins of the swastika

Although found historically across all corners of the globe and appearing in varying shapes in many of the world’s major religions, the swastika is an ancient symbol that is generally agreed by scholars to have originated in India with its roots in the Vedas, the oldest scriptures of Hinduism.

The word itself is said to be derived from the Sanskrit root, swasti, which is composed of su, meaning ‘good’ or ‘well’, and asti, meaning ‘it is’. It generally translates to ‘it is good.’ The word swasti appears frequently in the Vedas and can mean good, auspicious, luck, success and prosperity. In parts of Asia where Buddhism is a major religion, the swastika is again a symbol of auspiciousness and is considered to be Buddha’s footprints.

It is said that early Western travellers to Asia took a liking to the swastika as a good luck sign and began using it in the west, mostly in advertising or in product design. The symbol had already been featured in the west, with appearances in early Christianity, however, it is said that its use in Asia was the catalyst for its appropriation in the mainstream west.

The symbol, however, took on a drastic new meaning when it was seized upon by Hitler and propagated by anti-Semitic nationalist groups in Germany. The swastika quickly became the face of fascism across Europe and was transformed into one of the most hated symbols of the 20th century.

The swastika is a prime example of how one thing can have entirely different meanings in different cultures. Learning about a country’s culture and talking to the locals is a great way to broaden your understanding of the world and helps to clear up any misunderstandings in terms of local customs and beliefs.